MIAMI – If you’ve followed at all the history of The Miami FC since its launch in 2016, you’ll be readily aware that the club has never been afraid to make a splash in its offseason moves.

From acquisitions like that of Kwadwo Poku from New York City FC midway through its inaugural season to others like Jamaican international Dane Richards, Honduran international Wilson Palacios and current San Jose Earthquakes goalkeeper Daniel Vega, the club has worked hard to stock its squad with quality talent.

Now you can add the name of Jamaican forward Romario Williams to that list. The former Columbus Crew SC forward joined Miami on New Year’s Day as its first official signing as a member of the USL Championship, bringing with him a pedigree that will see him become one of the cornerstones for the club as it makes the step up in 2020.

Williams’ resume in the Championship speaks for itself. Since joining the Charleston Battery on loan for the 2016 season from the Montreal Impact, he has scored 32 goals across the regular season and playoffs in 64 appearances. The 25-year-old has scored at a rate of a goal every 140.94 minutes with both the Battery and ATL UTD 2 over the past four seasons, earning All-League honors in 2017 with the Battery.

The only players to record a better strike rate over that span? The current Nashville SC duo of Cameron Lancaster (118) and Daniel Rios (118.76), who will be hoping their success in the Championship carries over into NSC’s first campaign in Major League Soccer this season, and Frank Lopez (129.26), who over the past two seasons has lit up the scoreboard both for the LA Galaxy II and on loan with San Antonio FC. 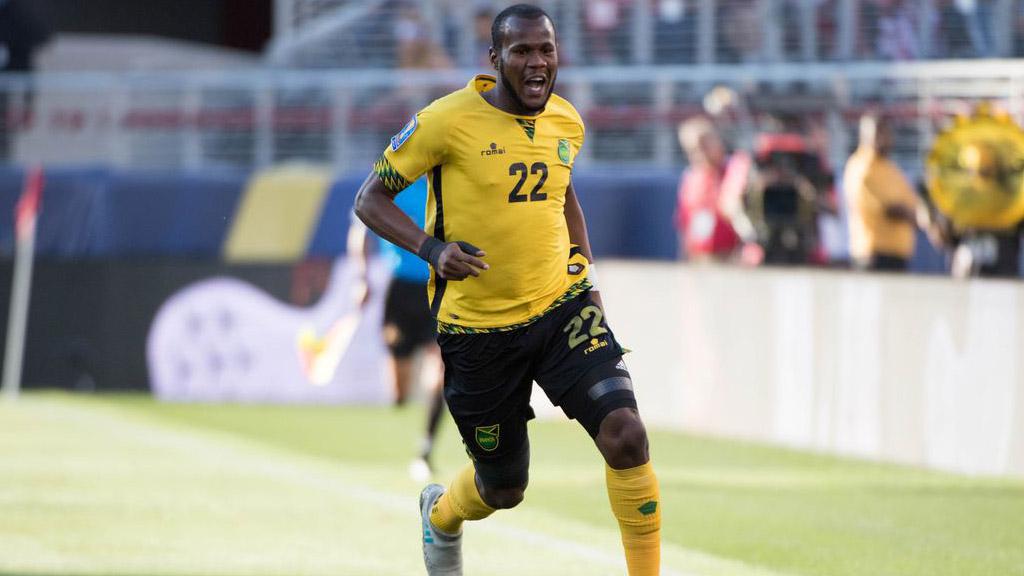 Romario Williams scored a pair of goals at the 2017 Concacaf Gold Cup as Jamaica reached the Final for a second consecutive tournament.

It’s not hard to see why Williams has been such a handful for defenses in the Championship, either. While listed at 5-foot-11, the Jamaican’s strength as a hold-up player, pace to get in behind defenses, and ability to make smart runs in the penalty area have made him a strong all-around forward, one who helped Jamaica to a runner-up finish in the 2017 Concacaf Gold Cup.

Those attributes have never been given the chance to fully flourish in Major League Soccer, though, with Williams recording only one start in his 17 career regular season appearances across Montreal, Atlanta and Columbus. As it stands, the No. 3 selection in the 2015 MLS SuperDraft has never quite lived up to the potential people saw in him after a stellar collegiate career at the University of Central Florida.

That could be a very good thing for MFC.

Williams will arrive in the Sunshine State ready to get back to work, get back among the goals and get back on the radar for the Reggae Boyz, for whom he last played in 2018. After two seasons with double-digit goals in Charleston, Miami potentially has its best forward option since Stefano Pinho scored 21 goals for the club in its outstanding 2017 campaign, which saw it reach the Quarterfinals of the Lamar Hunt U.S. Open Cup before being eliminated by then-USL Championship side FC Cincinnati and win 21 of 32 regular-season contests.

There will be plenty more for Miami to do to ensure it can be among the contenders in the Eastern Conference this season, including retaining some of the players that have kept the side competition over the past two years. You need only look at the travails Indy Eleven went through two seasons ago as it tried to build a roster in short order to be immediately competitive to see how tricky things might be over the next two months for the club’s General Manager Paul Dalglish and Head Coach Nelson Vargas.

The acquisition of Williams, however, should be a signal to MFC’s fans that the club is gearing up to become the club they remember thrilling crowds at Riccardo Silva Stadium not so long ago, and that the future is bright for their city’s club.