Guinea international has scored 39 goals in Championship over 79 appearances 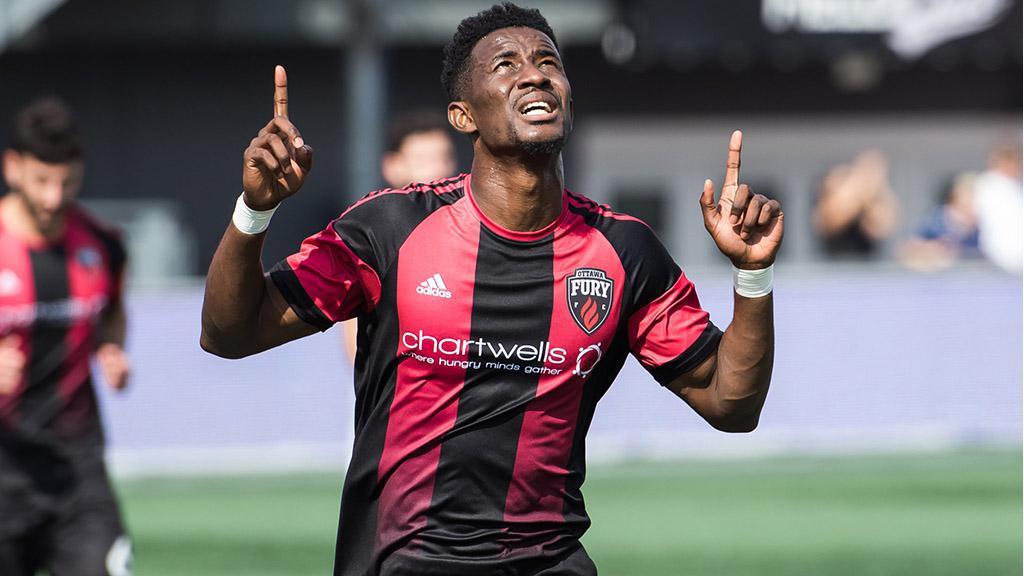 CARY, N.C. – North Carolina FC announced on Wednesday it had signed Guinea international Hadji Barry ahead of the 2020 USL Championship season. The transaction is pending league and federation approval, and no further details were disclosed, per club policy.

A former first-round draft pick in the 2016 MLS SuperDraft, the 27-year-old Barry most recently played for Ottawa Fury FC in the Championship in 2019, where he scored six goals in 14 games after arriving in August following a stint with Israeli club Kiryat Shmona.

“Having seen Hadji and gotten to know him as a player, the things that stand out to me is that he has a good soccer mind and very good feet for a big guy – both left and right foot,” NCFC head coach Dave Sarachan said. “He’s a guy who has a variety of weapons, whether he’s up high or pushed to one side. He has the ability to be creative and use others with him. He provides a lot of variety as an attacking player.”

Barry’s professional career began with Orlando City SC in 2016, as he split time during the next two seasons at the MLS and USL Championship levels with Orlando City and Orlando City B, respectively. He then joined the Swope Park Rangers for the 2018 season, where he logged 19 goals across the regular season and playoffs, a season that saw him set a Championship record by scoring in eight consecutive regular season contests and earn All-League Second Team honors.

Over the course of Barry’s Championship career, he has recorded 39 goals in 79 appearances overall, which ties him for seventh in the league over the past four seasons.

Following the 2018 season, Barry made his international debut, as he represented his native Guinea in a 2019 African Cup of Nations qualification match against the Ivory Coast.