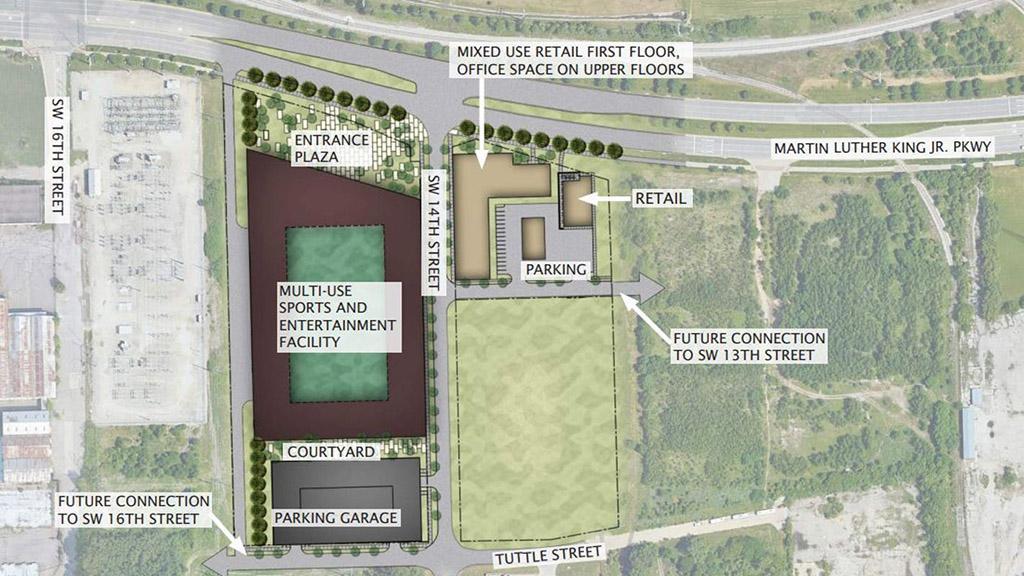 DES MOINES, Iowa – A key step in bringing professional soccer and a USL Championship club to Des Moines, Iowa was completed this month as Blackacre Development LLC, a subsidiary of the Krause Group, acquired the necessary land for a proposed soccer-specific stadium that would be the new team’s home.

Located just south of Martin Luther King Jr. Parkway and west of Southwest 14th Street, the 7.4 acres of land were acquired for $7.98 million according to land records filed in Polk County on December 20. The land adds to the four acres acquired by Blackacre Development across Southwest 14th Street this past August.

The longtime owner of USL League Two’s Des Moines Menace, Kyle Krause announced his intention in September to bring professional soccer to the city, with the 6,000-to-8,000-seat venue part of a $95 million overall development that would also include a five-story office and retail building, restaurants, a street-level plaza and a 500-space parking garage.

Krause’s plan – which would see the new team take the field for the 2022 season – has the support of USL leadership, but is contingent on the completion of the proposed $60 million stadium. Monday’s news provided the next step in making that goal a reality.

“Des Moines is a wonderful community that would make an ideal home for a USL Championship club,” USL President Jake Edwards told The Athletic’s Jeff Rueter in September. “There is very strong local ownership and a huge appetite for professional soccer. All that’s remaining now is the development of a soccer-specific stadium, and once that occurs, we look forward to delivering a professional soccer club that this community can be proud of.”

Should the new venue be completed, it would join a group of new soccer-specific venues in the Championship over the next few seasons. Louisville City FC is set to begin play at Lynn Family Stadium this spring, while Colorado Springs Switchbacks FC recently broke ground on its new home in downtown Colorado Springs, which is scheduled to open for the 2021 season, and renovations at Memorial Stadium as it prepares to become the new home of the Charlotte Independence in 2021 continue to progress.