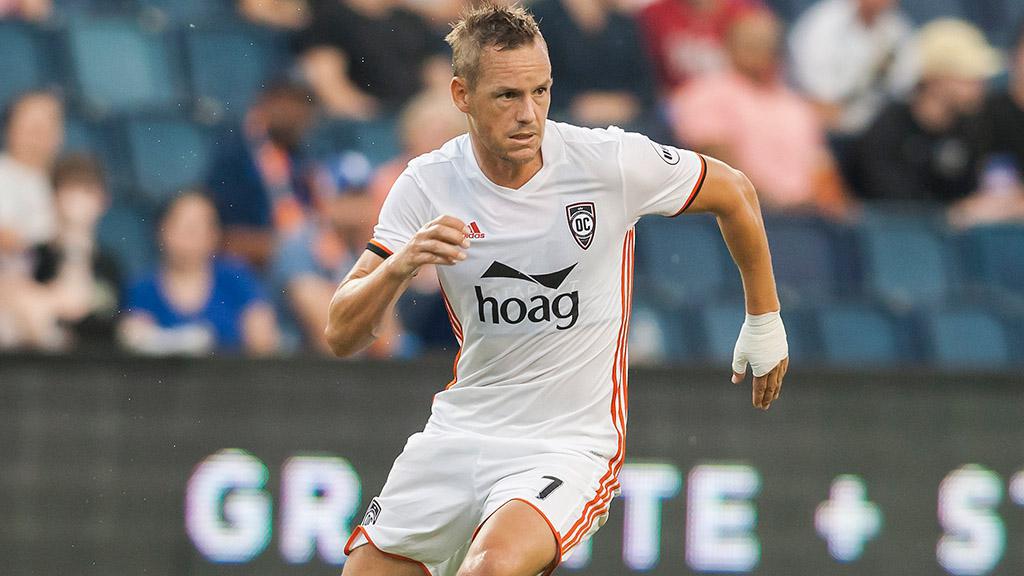 IRVINE, Calif. – Orange County SC announced on Wednesday morning the return of forward Thomas Enevoldsen, who will begin his second stint with the club in the 2020 USL Championship season.

A fan favorite, Enevoldsen returns to OCSC after splitting time in the 2019 USL Championship season with Indy Eleven and Sacramento Republic FC, where he netted 15 goals and recorded six assists across 35 appearances.

“I couldn’t be more excited to have Thomas back in Orange County,” said OCSC Head Coach, Braeden Cloutier. “He has arguably been one of the best players this league has seen and not only helped us win the Western Conference regular-season championship in 2018 but also helped our league grow to another level with his performances.”

“I’m very excited and happy to return to Orange County. It’s great to be back home,” said Enevoldsen. “I’m really excited for the upcoming season, because I feel we have a team that can compete for a championship, which is my ultimate goal. I can’t wait for the season to start and I’m looking forward to playing at Championship Soccer Stadium again.”