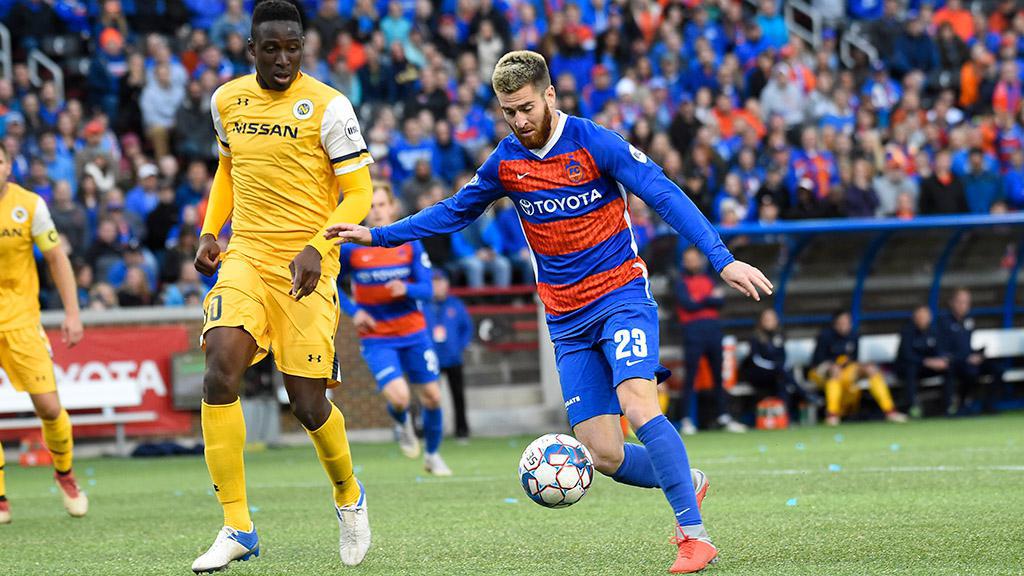 “We are excited to sign a locally raised player in Blake Smith for the upcoming season,” said SAFC Head Coach Alen Marcina. “Blake is a first-class professional, holds Championship experience, and fits the player profile of our defined game model. We are excited to have him at San Antonio FC.”

Smith joins San Antonio from Pacific FC in the Canadian Premier League where he made 24 appearances last season. Prior to his time with Pacific, the 28-year-old spent parts of two seasons with FC Cincinnati in both Major League Soccer and the USL Championship. In 2018, Smith appeared in 32 USL Championship matches with Cincinnati, compiling 2,700 minutes while helping his side earn the 2018 Regular Season Title.

“I’m super excited to be back home,” said Smith. “Obviously this is something I’ve wanted to happen at some point in my career, and it’s just the perfect moment for me to make the move back to San Antonio. My wife and family couldn’t be happier that we are back. I’m excited to help out the club and I can’t wait to get going.”

ZGURO MAKES MOVE UP TO TULSA: FC Tulsa announced it had signed one of the standout outside backs in the 2019 USL League One season with the addition of Vangjel Zguro, formerly of Chattanooga Red Wolves SC, for the 2020 USL Championship season, pending league and federation approval.

The 26-year-old was part of Chattanooga’s inaugural roster in 2019 and finished the season tied for second in the league, and most among defenders, with seven assists. He also recorded one goal and 38 key passes, serving as one of the primary set piece-takers for the Red Wolves. The Albanian defender was named the League One Player of the Week in Week 27 and was named on the Team of the Week in both Weeks 10 and 27.

“Zguro is an attack-minded fullback that has the capability to put the ball in the box from any angle,” said FC Tulsa Head Coach Michael Nsien. “Zguro has an excellent left foot, and he will keep the opposition busy. Last year in League One, he was one of the top fullbacks, and had a lot of experience in Europe before he came to the States. A quality left back is such a key player in the modern game.”

SWITCHBACKS SNAP UP DANIELS: Colorado Springs Switchbacks FC announced it had signed midfielder Aidan Daniels, pending league and federation approval. A former Canadian U-20 international, the 21-year-old spent the 2019 season on loan in the Championship with Ottawa Fury FC.

“Playing for the Switchbacks this coming season fills me with excitement and joy. This is a new opportunity and a blessing,” said Daniels. “I'm really looking forward to playing and contributing to the team, and most importantly to help win games. I'm thrilled to be a part of the Switchbacks family and can't wait to meet everyone. I am excited to get to work, compete and most of all play football for the Switchbacks.”

Daniels signed a homegrown contract with Major League Soccer’s Toronto FC on April 13, 2018 before making his debut against the Houston Dynamo on April 21, 2018. The attacking midfielder has primarily spent time with Toronto FC II (2016-2018), playing in 65 games (3,652 minutes) and scoring three goals. Daniels recorded one goal in 14 appearances a season ago in Ottawa.