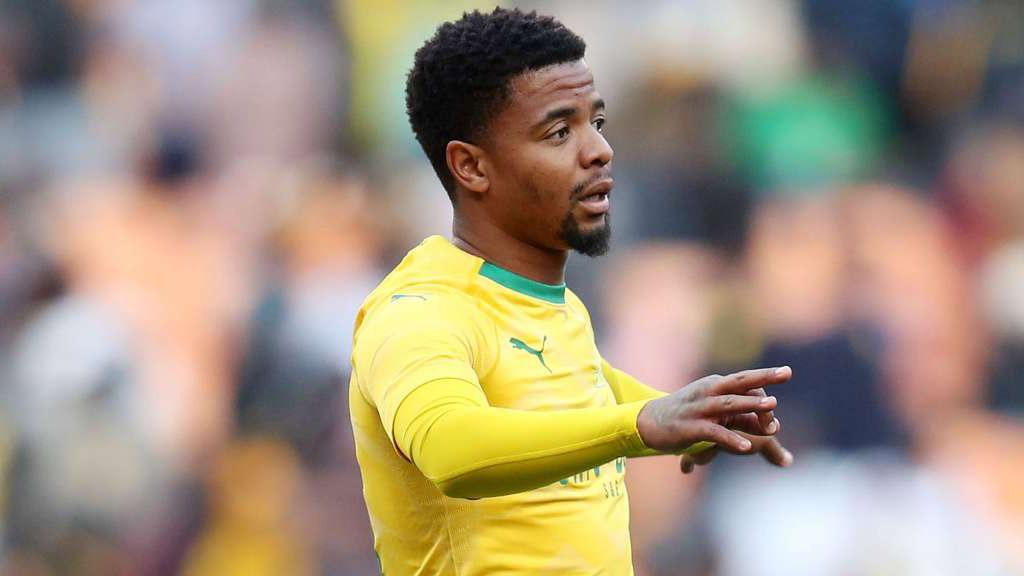 New Colorado Springs Switchbacks FC signing George Lebese has made five appearances for South Africa during a career that has seen him feature in the country's top flight over its duration.

Lebese, 30, has spent his entire career in the South African top division, the ABSA Premiership. The winger scored a total of 24 goals in 157 appearances between two of the top teams in South Africa in the Kaizer Chiefs (2008-2017) and the Mamelodi Sundowns FC (2017-2019). Lebese has earned five call ups to the South African National Team from 2011 to 2015.

“George is a player that we are incredibly excited about. He is in need of a fresh opportunity after many years of success in the South African Premier League. We look forward to supporting him and helping get his confidence back,” said Switchbacks Head Coach Alan Koch. “When George is flowing, the team is flowing. He is going to be an integral part of our new-look team and he has the ability to unlock the opposition's defense through his vision and passing ability.”

Kurimoto was a two-time league MVP (2016 & 2017) while at Honda FC in the fourth division of the Japan Football League (JFL). The midfielder was a centerpiece in Honda FC's lineup where he made 172 appearances over six seasons, accumulating 34 goals and 45 assists. In his time at Honda FC, Kurimoto helped the club to a JFL Championship in four of his six seasons (2014, 2016, 2017, & 2018) as well as being selected to the league's Best Eleven squad in each of his last four seasons at the club.

This past season, Kurimoto featured prominently in the Championship for Fresno FC, where he made 29 appearances and helped the Foxes to a third-place finish in the Western Conference.

Ferreira most recently played for FK Jerv in the 1. divisjon, the second-highest level of the Norwegian league system where he totaled five goals and three assists since 2018. Born in New Jersey, raised in Deerfield Beach, Fla., Ferreira has citizenship for the United States, Portugal (mother), and Brazil (father) through his parent's home countries.

Camara last played for Simon Fraser University before being drafted in the second round, 46th overall, by the San Jose Earthquakes in the 2019 MLS SuperDraft. After captaining SFU his senior year, Camara finished his college career with 29 goals and 20 assists in 69 games. The attacking midfielder was named to the United Soccer Coaches All-America First Team and GNAC Player of the Year in 2018, after totaling nine goals and 13 assists his senior year.

Argueta notched a goal and three assists in 31 appearances last season for the Switchbacks. The central midfielder is entering his fifth season with the club after serving as team captain during the 2017 campaign.

“It's a blessing to have another opportunity to play the beautiful game at a high level,” said Rony Argueta. “I'm thankful to Switchbacks FC and the staff for the opportunity.”