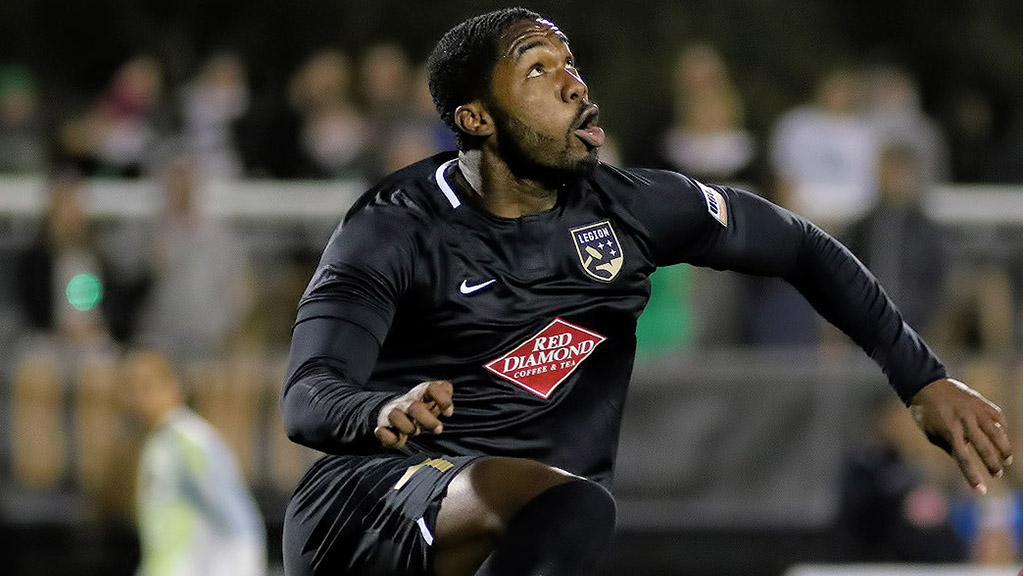 BIRMINGHAM, Ala. – Birmingham Legion FC announced it had signed forward Brian Wright on a multi-year deal that will bring the young forward permanently to the Magic City, while also announcing the arrival of two major pieces for its 2020 campaign with the addition of forward Neco Brett and midfielder Akinyode.

Wright helped lead Legion FC’s line in 2019 while on loan from Major League Soccer’s New England Revolution, finishing third on the team with six goals, tied for second in assists with four, second in shots with 43 and fourth in chances created with 29.

“Brian Is someone we were really focused on bringing back,” said Legion FC President and General Manager Jay Heaps. “He has proven to be a strong attacking player in this league and fits well into our locker room culture.”

A former Jamaica youth international Brett starred last season as he helped lead Pittsburgh Riverhounds SC to first place in the Championship’s Eastern Conference. Selected by the Portland Timbers in the 2016 MLS SuperDraft after his college career at Robert Morris University, Brett spent the 2016 and 2017 seasons on loan in the USL Championship with the Portland Timbers 2 before joining the Hounds in 2018.

Akinyode joined the New York Red Bulls Academy aged 16 years old after moving to the United States from Lagos, Nigeria. He went on to play college soccer at Seton Hall University from 2011 to 2014 before signing with New York Red Bulls II. The defensive midfielder then spent 2016 with Bethlehem Steel FC, 2017 with North Carolina FC, and the past two seasons with Nashville SC.

Last season with Nashville SC, Akinyode made 32 appearances, including 25 starts, and scored one goal and added one assist. He won 74 tackles, and made 15 clearances, 26 interceptions, and seven blocks while completing 1,023 passes with an 88.9 percent passing accuracy.