2018 Championship Defender of the Year joined by Dumbuya, Scarlett, Guillen among new faces 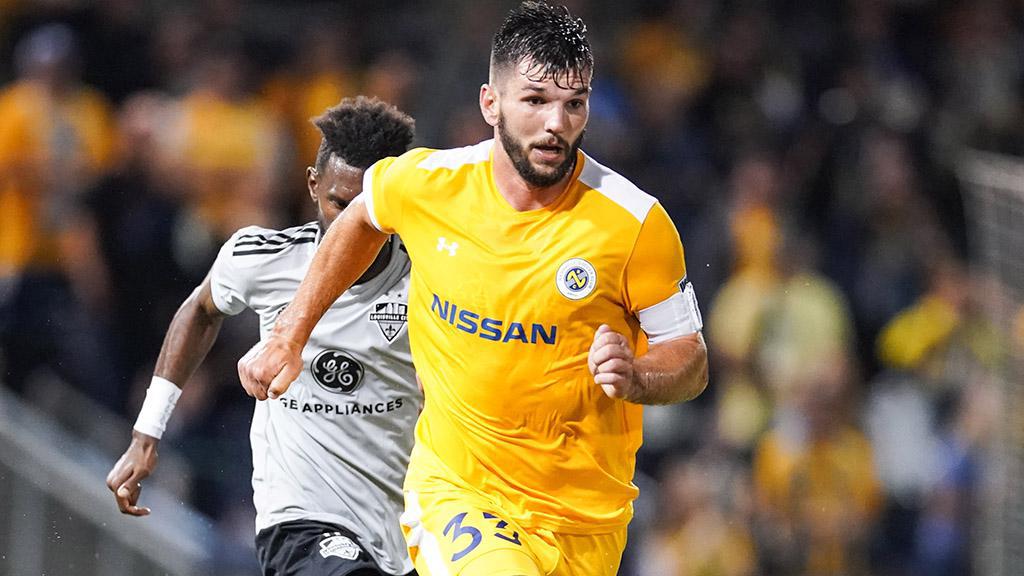 ST. PETERSBURG, Fla. – The Tampa Bay Rowdies have made significant additions to the club’s back line ahead of the 2020 season with three-time USL Championship All-League First Team selection Forrest Lasso among the players that will suit up for the club in the 2020 season. Lasso joined the club on a two-year contract, pending league approval.

Lasso will be joined in the Rowdies back line by Mustapha Dumbuya, Jordan Scarlett and Aaron Guillen, all of whom helped their former clubs reach the 2019 USL Championship Playoffs, while the club also announced the arrival of midfielder Lewis Hilton, forward Kyle Murphy and the return of Kevin Mendoza, who had previously played

Lasso is a three-time USL All-League First Team selection, having earned the recognition each of the last three seasons. He was the 2018 USL Championship Defender of the Year with FC Cincinnati.

His three All-League First Team selections came with three different clubs, earning the honors with the Charleston Battery in 2017, FC Cincinnati in 2018 and Nashville SC last season. The 26-year-old has made more than 100 appearances in the Championship in his career.

“The qualities Forrest brings to our team are pretty obvious to anyone that has seen him play with his fantastic aerial ability and the huge presence he brings to the heart of our defense,” said Rowdies Head Coach Neill Collins. “On top of that he has a real hunger and desire to succeed that I think will help improve us as a team. I think the best way to sum up signing Forrest is I am glad we do not have to play against him next season.”

Dumbuya played last season with Phoenix Rising FC in the USL Championship’s Western Conference. The Sierra Leone international made 28 appearances as Phoenix’s first-choice right back in a record-setting season that saw Rising FC set a league record with 78 points.

Prior to coming to the United States, Dumbuya played for more than a decade in the United Kingdom with stops at Doncaster Rovers, Portsmouth and Notts County among other clubs.

Scarlett played the previous three seasons in the USL Championship with New York Red Bulls II, making 68 appearances and playing more than 5,000 minutes as he helped the side reach the Eastern Conference Final of the postseason twice. In 2019, he led New York in clearances (92), blocked shots (23), and interceptions (66).

Guillen spent the last two seasons with North Carolina FC, making 58 appearances and playing more than 5,000 minutes. This past season, he played the third-most minutes for NCFC and led the team in interceptions with 37. He was second in clearances with 91.

Hilton played the past two seasons with Saint Louis FC and two before that with the Charlotte Independence. He brings 126 matches and nearly 9,000 minutes of Championship experience to the Rowdies midfield.

Murphy has played in the USL Championship since 2016, first for Rio Grande Valley FC for two years, then one season with San Antonio FC and finally Loudoun United FC this past season. Murphy has appeared in 101 USL Championship matches, netting 25 total goals including 13 in 27 starts for Loudoun in 2019.

Mendoza played for the Rowdies U23 team in USL League Two in the summer of 2017 while playing collegiate soccer at Liberty University. Mendoza scored eight goals and provided eight assists in 11 matches for the U23s that summer. Since then, he was selected by Los Angeles FC in the 2019 MLS SuperDraft, and spent the past season in LigaMX with Veracruz.