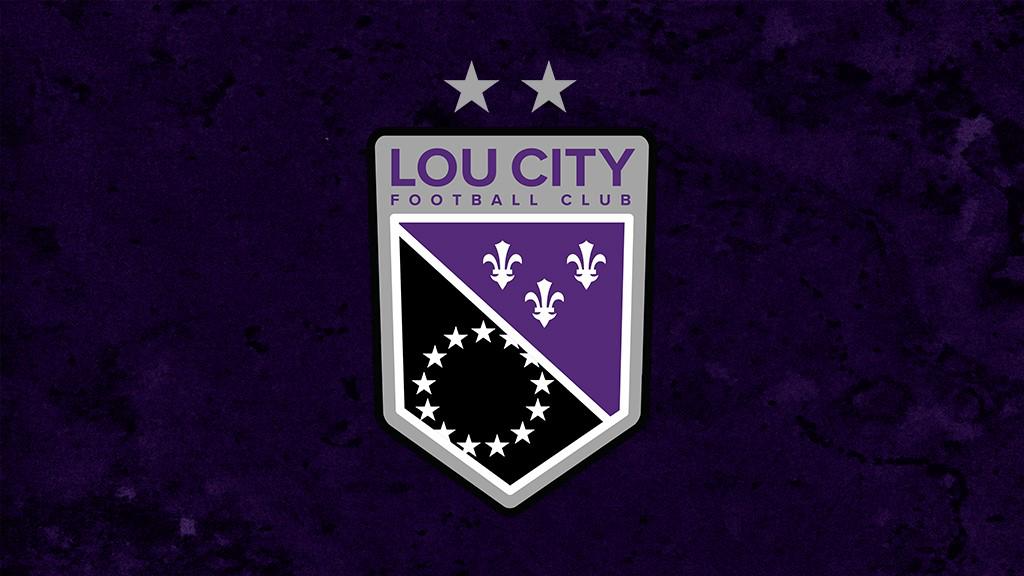 LOUISVILLE, Ken. - Louisville City Football Club and President Brad Estes released the club's new identity at the LouCity Team Store on Monday morning, featuring a new crest and updated color palette as it prepares for a move to Lynn Family Stadium in the 2020 season.

"We are excited for our fans to see our new look," Estes said. "We focused our efforts on paying homage to the city we love while working to make a new mark that is bold and clean. Our new crest is a sign of continued progress for us, is distinctly Louisville and will be a uniting brand as we move into a new era for our club."

The refreshed look sees the club convert to a new color scheme with elements from the traditional City of Louisville flag mixing with LouCity's signature purple, as well as the addition of Oak Char Black and Kentucky Limestone Grey as official colors.

"We love the success we have had under the previous crest and it will always be a part of our club's remarkable story," Estes said. "As we transition to Lynn Family Stadium for the 2020 season, we will embrace a new crest that looks toward a bright future in our own soccer-specific stadium and one that includes new endeavors for our club." 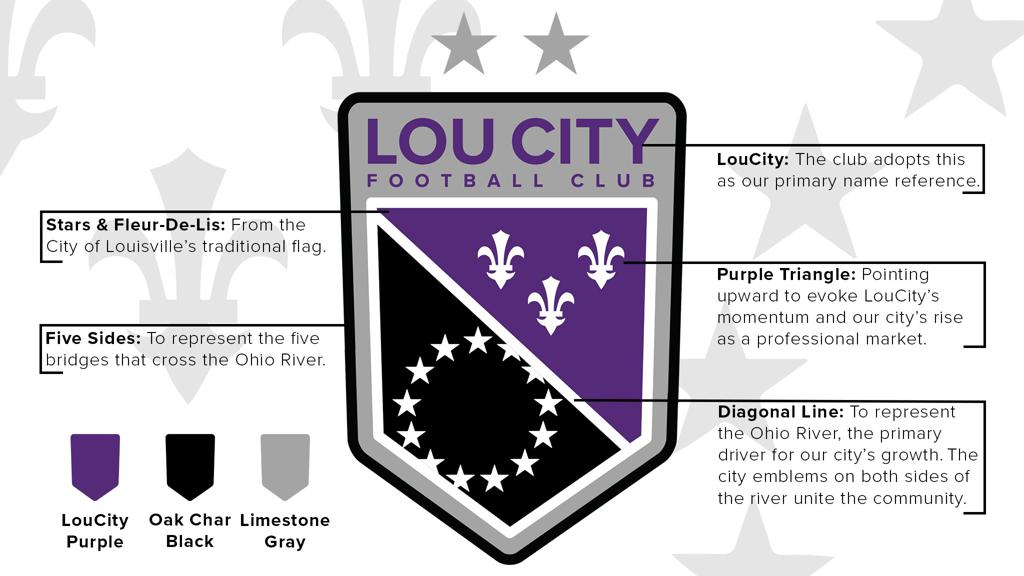 The updated look will also be used to unite Louisville City's future developments, which include the addition of an Academy team in the spring of 2020, a new USL League Two team in the form of a Louisville City FC U-23 squad in the summer of 2020, both moves marking the club's work in youth development across the city.

To help form the new brand identity, LouCity partner with Doe Anderson, a leading local marketing firm, to develop the new crest and color palette. Designers worked through hundreds of possible designs while collaborating with Louisville staff to find the right fit for the club's future.

"Doe Anderson has been excited to work with LouCity on a look that is both progressive and distinctly Louisville," said Meagan Carner, project lead for Doe Anderson. "Pulling elements from the city's traditional flag and incorporating them into a clean, modern design creates a crest that looks great on everything from kits to merchandise to website design."

The new badge is a heraldic five-sided mark that serves as a distinctive emblem of the fan base, per the team's official release.

In tandem with its new look, LouCity will make the move to the beautifully-constructed Lynn Family Stadium in 2020, the club's new 11,700-seat venue in the Butchertown neighborhood of the Derby City.