MURRAY: Cristian Parano Will Have Our Undivided Attention in 2020

Expectations will be raised for SAFC playmaker, but potential is there to live up to them 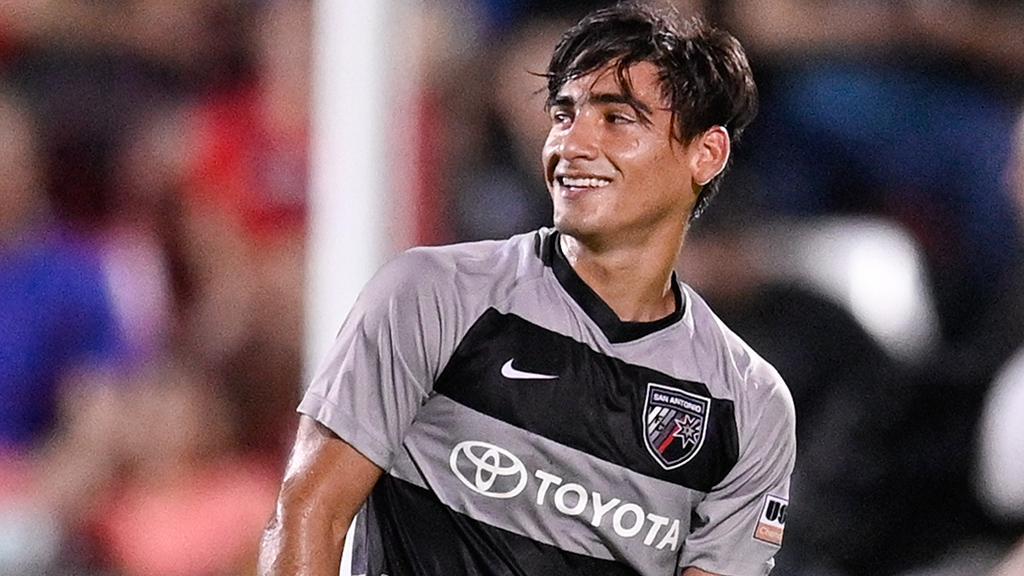 San Antonio FC's Cristian Parano, officially introduced on Friday as returning to the club for the 2020 season, will have everyone's undivided attention after claiming the 2019 Championship Young Player of the Year award. | Photo courtesy Darren Abate / S

San Antonio FC announced it had made one of the bigger no-brainer moves of the offseason on Friday, exercising its contract option on Cristian Parano, the 2019 USL Championship Young Player of the Year, to bring the young Argentine back to Toyota Field for the 2020 campaign.

That Parano claimed the award might have come as a surprise, especially when you consider that Real Monarchs SLC’s Douglas Martinez had a campaign that impressed RSL brass so strongly that he signed an MLS deal at the club midway through the season.

But there was something beyond the seven goals and six assists that Parano brought to the table that simply seemed to transcend the numbers. The close control in the opposing half, the ability to navigate ways through defenses and the care on the ball all stood out as much as his league-leading 109 successful dribbles and 84.1 passing accuracy rate.

“His unique blend of creativity, passion, and relentlessness has established him as one of the most exciting and entertaining players in the league,” said SAFC Managing Director Tim Holt when Parano’s Young Player award was announced.

So now the question turns to what comes next for the 20-year-old, and for San Antonio as former assistant Alen Marcina takes the reins as its second Head Coach, because the past hasn’t always been kind to Parano’s predecessors.

But then, Parano’s predecessors haven’t necessarily had the pedigree that he does either. The River Plate Academy graduate’s innate sense of space on the field makes him a different type of player than we’ve regularly seen in the Championship but offers a potential glimpse into the future for overseas recruitment by other clubs in the league.

In San Antonio, though, he has the chance to be at the forefront of the youth movement the club is aiming to generate from its Academy system. Next year could see the first league action for U.S. youth international Leo Torres after his signing aged 15, and it’s clear that the Academy products being produced by Nick Evans and the SAFC Pro Academy are central to the way the club is looking to build.

So, what should the next level look like for Parano himself? It may not be a complete like-to-like comparison, but there is a player that could serve as a guide, one that this offseason has made the move to the top flight in this country.

That player is Maikel Chang, who in addition to being the Championship’s all-time leader in assists was also integral to the Monarchs’ title in 2019. The two players averaged about the same mark in chances created per 90 minutes (Chang sat at 2.3 to Parano’s 2.2), but the Cuban’s numbers elsewhere offered a guide for where Parano should be aiming in 2020.

If Parano makes that jump, in the short-term for San Antonio it could mean a return to contention for a squad that only two years ago sat second in the Western Conference. For a club that has been a model in almost all aspects since joining the league, the lack of postseason action for the past two seasons has been the lone major disappointment that Marcina is now charged with rectifying.

With the potential balance of youth and experience in its squad, there is the opportunity for SAFC to find a similar pathway navigated by current Championship title-holder Real Monarchs SLC of strong on-field production and the ability to profit from players as they head to the next level.

While there are other potential returnees that will need to step up if that’s to happen, there are going to be more eyes on Parano than anyone, both within the league and beyond.

Should Parano find that next level with those eyes upon him, then there’s no telling what the future might hold for the native of Aguilares.