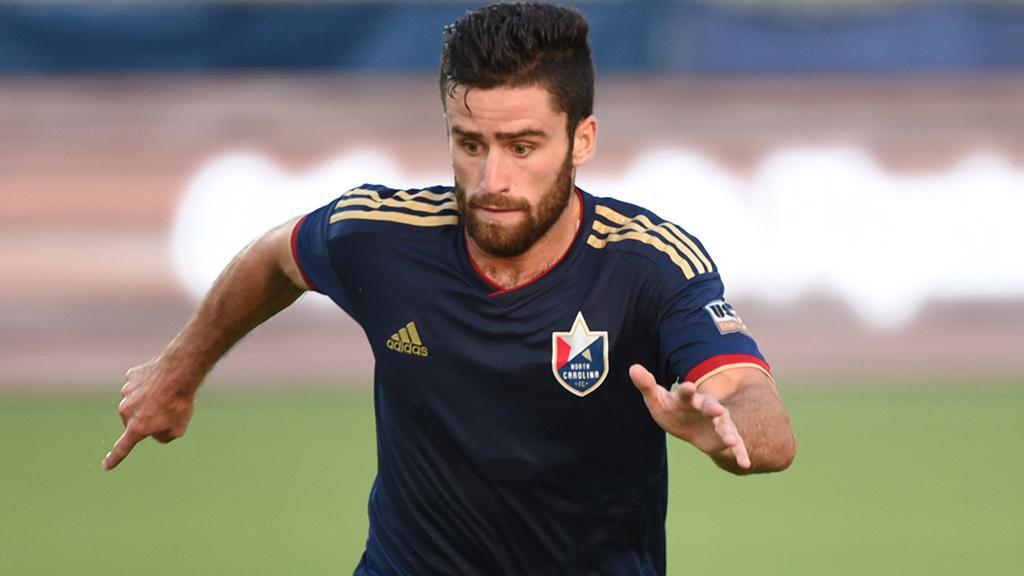 CARY, N.C. – North Carolina FC announced on Friday it had signed Graham Smith to a new contract that will see the midfielder return for the 2020 USL Championship season, his third with the team. The transaction is pending league and federation approval, and no further details were disclosed, per club policy.

Smith has appeared in 66 matches for NCFC across all competitions, starting 56 times and playing 5,128 minutes. In 2019, the New Hope, Penn., native saw action in 28 USL Championship regular season matches, 19 of which came as starts, and recorded two assists.

“We’re pleased to have Graham back,” said NCFC Head Coach Dave Sarachan. “He’s a tireless worker, and he comes to training every day with great intent to improve and has a real winning attitude, which is really important for the group. As the season went on and as he gained more experience, he established himself as an important link between our backline and our midfield.”

The 25-year-old has developed a solid niche as a holding midfielder, often helping NCFC build from the back while serving as a reliable defender. In 2019, Smith’s passing accuracy rate of 86.1 percent was the second-highest on the team, while he also registered second-most tackles on the team with 49.

"We are delighted to announce the return of this core group of players,” said FC Tulsa Head Coach Michael Nsien. “These individuals all have qualities as players and professionals that we value and want to build upon for the 2020 season and beyond. We believe it is important to have a foundation and maintain stability and consistency to our roster with deserving players.”

Lewis started 16 matches in net for Tulsa last season and was the first-choice goalkeeper when healthy for Nsien’s squad. He recorded five of the club’s eight wins in 2019 while leading the team with 48 saves, a 61.5 save pct. and two clean sheets.

Reyes and Uzo will also return for their second seasons with the club, with Reyes having made 27 appearances in the 2019 season as he led the team with 41 tackles won and Uzo finishing the season with five goals in 1,014 minutes.

HARTFORD ADDS TO JARA TO BACK LINE: Hartford Athletic announced on Friday it had signed Alex Lara for the 2020 USL Championship season, pending league and federation approval. Lara is the thirteenth player signed for next season and the fifth defender.

Lara earned Second Team All-Big West honors in 2019 as he served as a key piece for the Cal State Northridge side that reached the Semifinals of the Big West Tournament. Jara started all 17 matches in which he appeared for the Matadors, scoring one goal and recording two assists. Over three seasons, Lara played in 53 matches – starting 36 – and scored twice.