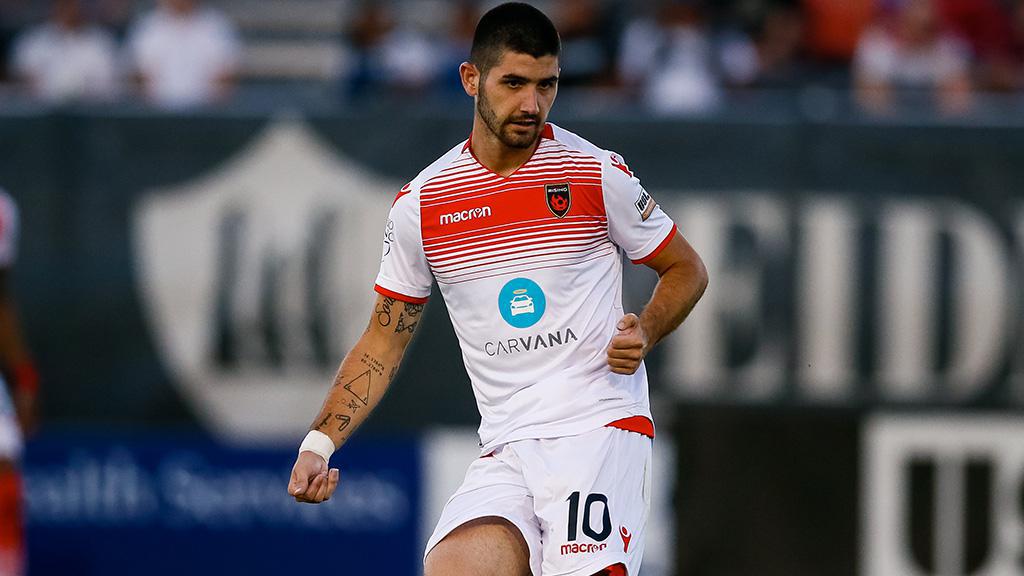 PHOENIX – Phoenix Rising FC announced on Thursday it had signed midfielder Jon Bakero for the 2020 USL Championship season pending league and federation approval. Per club policy, the terms of the contract will not be made public.

“I’m beyond excited to be back with the club and motivated to continue to make history in Phoenix,” Bakero said. “I look forward to getting back to work with my teammates and coaches. Without our fans, none of this would be possible and I am already looking forward to playing in front of them next season.”

Bakero joined Rising FC on loan from Major League Soccer’s Toronto FC this past season and appeared in 24 matches, logging 1,646 minutes in route to scoring three goals and dishing out five assists.

Prior to his professional career, Bakero played collegiately at Wake Forest where he tallied 37 goals and 26 assists in 88 matches. In 2017, Bakero won the MAC Hermann Trophy as the nation’s top college soccer player in addition to being named the 2017 Senior CLASS Award winner, ACC Offensive Player of the Year, First Team All-ACC and ACC All-Tournament Team.

In addition to his collegiate accomplishments, Bakero also competed previously for FC Tucson – now Rising FC’s League One affiliate – where he helped the side claim the USL League Two Southwest Division title.