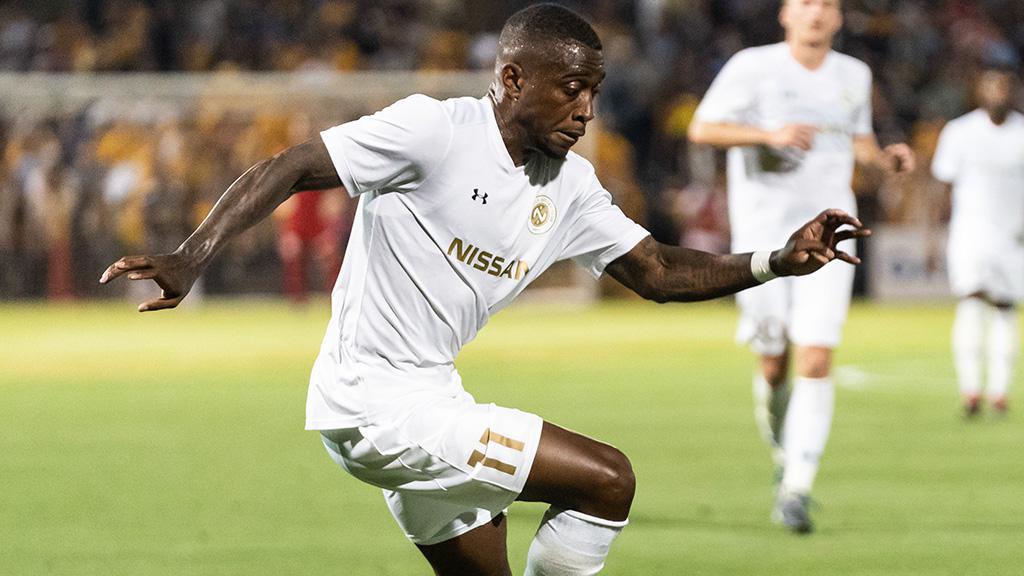 SACRAMENTO, Calif.  — Sacramento Republic FC made a major attacking addition on Thursday with the signing of forward Kharlton Belmar for the 2020 USL Championship season. The 27-year-old, who can play on either flank or as a striker, arrives after spending the 2019 USL Championship with Nashville SC, having previously played for Sporting Kansas City in Major League Soccer.

“Kharlton is a big acquisition for us. He brings a dynamic element to our attack and adds both power and pace to our front line,” said Republic FC General Manager Todd Dunivant. “Kharlton is entering his prime and will be an important veteran presence in our locker room with his five years of MLS and USL experience.”

Belmar was selected by the Portland Timbers in the 2015 MLS SuperDraft with the 34th overall pick following a stellar college career at Virginia Commonwealth University where he scored 18 goals, notched five assists and was named to the All-Atlantic 10 First Team following his junior and senior seasons. He also competed in USL League Two for the Portland Timbers U-23s, where he was an All-Western Conference selection in the 2014 season.

RIVAS RE-SIGNS WITH RENO: Reno 1868 FC announced the return of another member of its 2019 squad with midfielder Sergio Rivas to remain with the club for a second season, pending league and federation approval. Rivas was drafted by the San Jose Earthquakes in the 2019 MLS SuperDraft and appeared in 16 games for Reno this past campaign.

“Sergio’s a footballer. He’s a box-to-box player,” said 1868 FC Head Coach Ian Russell. “One thing that sticks out with Sergio is that he started eight games and we won six of them. He’s a winner, he’s a very competitive player.”

The Toros picked up contract options on seven players for the 2019 season, with goalkeeper Ben Willis, defender Robert Coronado, midfielders Kevin Rodriguez, Isidro Martinez, and forwards Nico Lemoine and Juan Carlos Obregon all set to return to the squad.

Eight players are currently out of contract in defenders Kyle Adams, Roberto Castellanos and Zach Jackson, midfielders David Cabrera, Jesus Enriquez and Victor Garza and forwards Camilo Monroy and Aldo Quintanilla, but the club stated it was in conversation with a number of those players regarding returning for the 2020 season.

“We want to thank each of these players for their dedication and commitment to the club,” said Toros General Manager Nick Kowba. “These roster decisions are always challenging, but we’re confident with the group returning and a few recent signings that will be announced soon we are putting ourselves in a position to have success in 2020.”