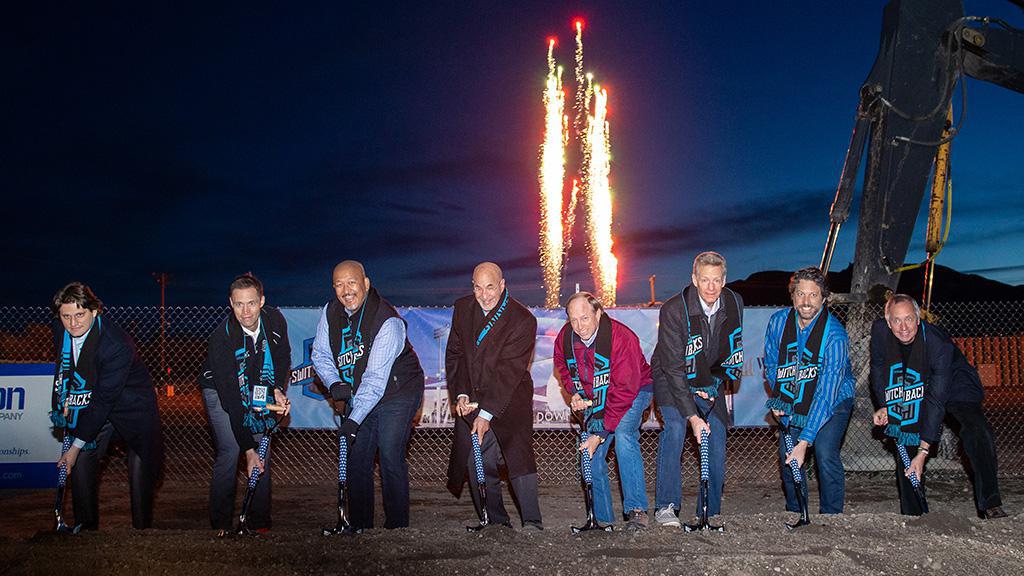 Saturday night, though, was the biggest win in the club’s history.

“This day is a culmination of a lot of hard work and effort,” Switchbacks President Nick Ragain told the Colorado Springs Gazette’s Amanda Hancock. “It’s a big win. In the sports business, we’re all about winning. Tonight, with those shovels in the ground, that is a win.”

The facility will be a multiuse stadium that will also host concerts and other sporting events. The venue is already slated to host the NCAA Division II Men’s and Women’s Soccer Championships in December 2021. Part of the bigger City of Champions project – which is also set to include an indoor arena on the campus of Colorado College – the new stadium is part of a bigger regeneration occurring around Colorado Springs.

“Colorado Springs has an incredible amount of momentum,” Suthers told the Gazette. “This stadium, beginning in 2021, will be a big part of it.”

“When you think about what we have, it’s a downtown we’ve never had before,” added Skorman. “This is the center. This is going to be the heart.”

As the Switchbacks enter a new era under former USL Championship Coach of the Year Alan Koch in the 2020 season, the club’s sustained growth in the stands since its launch is set to continue as it prepares to move into its new home, bringing a new identity to the city it calls home.

Congratulations to @SwitchbacksFC who will break ground later today on a brand-new, 8,000 capacity downtown home.

Will be the heartbeat of soccer in Colorado Springs. pic.twitter.com/bh6y3wyDyt

Appreciate @EdRagain and @nickragain for including @TrailheadsSG members in the Festival of Lights parade with @SwitchbacksFC and Greg Cerbana of @WeidnerAptHomes for inviting us to join them after at Coquette’s Bistro for a celebration. Great night and exciting times ahead! pic.twitter.com/g5iRCEm8A0

I had a great time with some friends at the @SwitchbacksFC @USLChampionship new stadium. I need 2021 to get here quickly. Pregame at @JackQuinnsPub then walk to the stadium pic.twitter.com/fydr8PBVMW