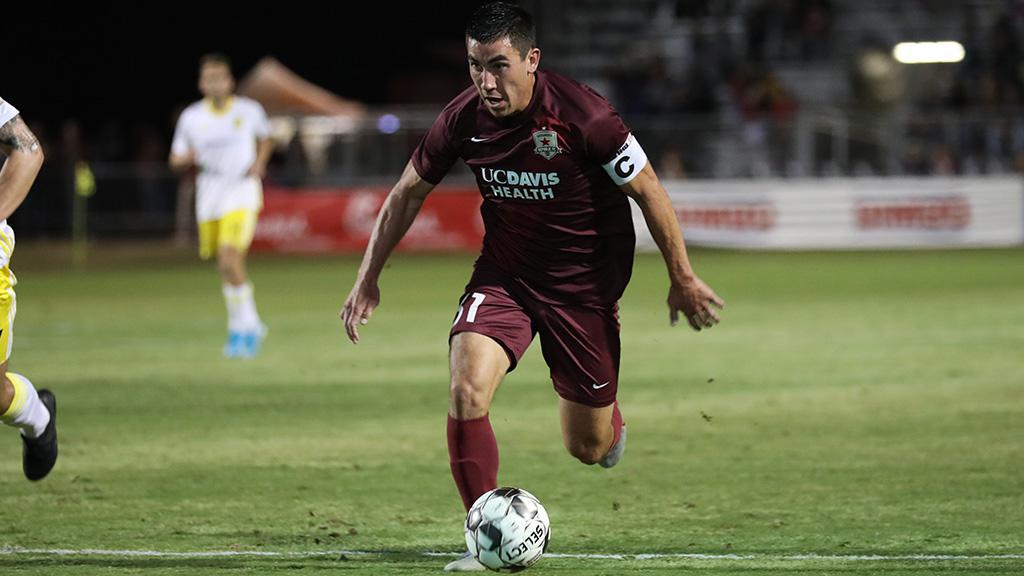 SACRAMENTO, Calif. – Sacramento Republic FC concluded a busy week of announcements that included the re-signing of the club’s all-time leading scorer Cameron Iwasa on Friday as it continued to build its roster for the 2020 USL Championship season.

A Sacramento native, Iwasa led Republic FC with 17 goals and six assists this past season as the side reached the Western Conference Semifinals of the 2019 USL Championship Playoffs. He holds the club’s all-time mark for goals in league play (47) and appearances (116) and is tied for the club’s all-time lead in assists (16) with former Republic FC player Danny Barrera.

“Re-signing Cam was a major priority for us this offseason,” said Republic FC General Manager Todd Dunivant. “His offensive production has been our main catalyst, and we’re thrilled to have him lead this team into the 2020 campaign and beyond.”

Villarreal returns for his third season with Republic FC after leading the team in numerous categories in the 2019 season. The 24-year-old midfielder led Sacramento in minutes played (2,820), appearances (36) and starts (31), while also scoring a pair of goals during the season.

DABO MAKES MOVE TO RENO: Mouhamed Dabo was announced as the newest member of Reno 1868 FC on Friday as the Senegalese midfielder joined the club for the 2020 USL Championship season.

Dabo spent the past two seasons with Pittsburgh Riverhounds SC, where this past season he helped the side finish top of the Eastern Conference. Over the past two years, Dabo made 48 appearances for the Hounds.

“Dabo’s a player that covers a lot of ground in the midfield,” said 1868 FC Head Coach Ian Russell. “He can play multiple spots with his athleticism and quickness, and he’s very technically skilled.”

The 23-year-old began his USL Championship career with Penn FC, where he played two seasons before signing with Riverhounds SC. He is also a former member of the Senegal U-17 National Team.

“Beto listens to the ideas and keeps improving and working hard,” said Bold FC Head Coach Marcelo Serrano. “We just felt it was the right thing to give him a pro contract this year. It’s a part of our team culture to work with players from Austin and give them an opportunity to advance their careers.”

The Austin native made three appearances during the 2019 USL Championship season as an Academy signing. In his 67 minutes of action, Avila completed 16 of 17 passes for a 94.1 percent success rate. The forward offered an instant spark off the bench for Serrano against Tulsa Roughnecks FC on August 17 when his dangerous speed drew a foul in the penalty area to win a penalty kick for Bold FC.

“I’m really grateful for the opportunity the coaches gave me for these next two years,” said the 19-year-old. “It’s such an honor to play for a team in my hometown and I can’t wait to put on my Bold uniform, grind, and never stop.”