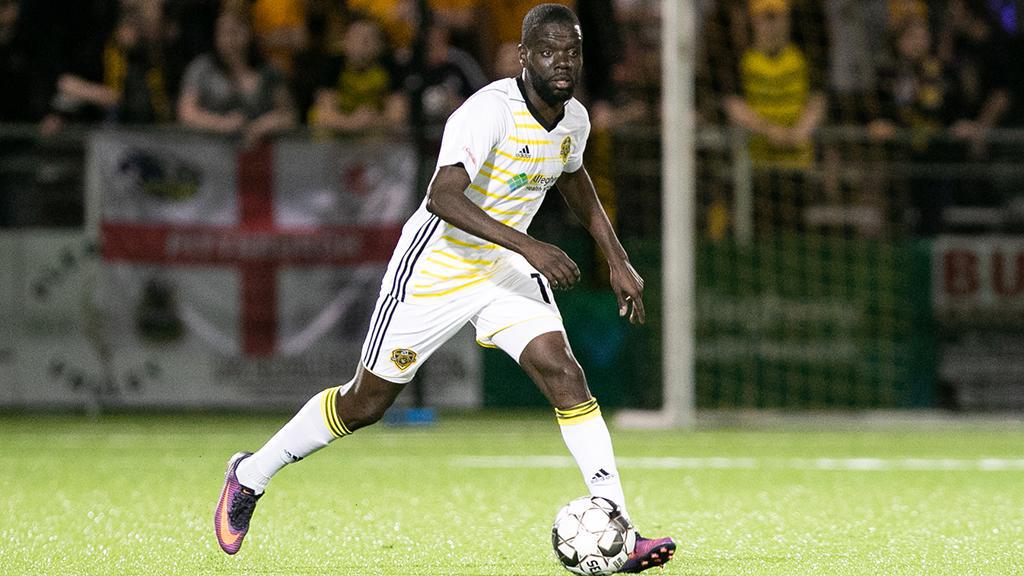 Forbes and Vancaeyezeele were joined in having contract options exercised by Steevan Dos Santos, who recorded 10 goals and four assists in the past campaign, defenders Ryan James and Dani Rovira, midfielders Robbie Mertz and Anthony Velarde, and forward Mark Forrest.

“We are currently assessing the market for potential free agent USL acquisitions as well as continuing conversations with our players who are out of contact,” said Hounds Head Coach Bob Lilley said. “In addition to holding combines primarily for college players, we are also looking at foreign players who have not previously played in the USL Championship. Although we feel good about our returning core, we recognize the importance of building on the successes of the last two seasons with an even stronger roster in 2020.”

MOON OVER INDY: Midfielder Nick Moon became the latest addition to Indy Eleven’s squad for the 2020 season, with the former Lansing Ignite FC standout the second player to join the club after earning USL League One All-League selection this past season.

“I’m very grateful for the opportunity to join Indy in the coming season and am looking forward to working with coach Rennie and the system that the team runs,” said Moon. “I know the club has strong ambitions to compete for a cup and I’m looking forward to contributing in every way possible to work toward that goal. I really think Indy Eleven is a good fit for my playing style and I know I can learn a lot from the coaching staff and other players.”

Moon began his professional career in impressive fashion last season with Ignite FC, scoring six goals and adding four assists to help Lansing reach the League One Playoffs. The 23-year-old received five Team of the Week nods throughout the year for his stellar performances, earning the midfielder a spot on the League One All-League Second Team.

“Nick Moon is a player that does a lot of things very well, and he showed that in his rookie season in League One,” said Indy Head Coach Martin Rennie. “No matter where you line him up, he can get the job done on both sides of the ball and isn’t one to shy away from the dirty work that can help control a game.”

ZAJEC, SOWE AMONG RED BULLS II RETURNEES: The New York Red Bulls II announced its first offseason moves on Wednesday, with midfielders Kyle Zajec and Omar Sowe among six players set to return to the club in the 2020 season.

The Red Bulls II exercised the options of both Zajec and Sowe in addition to those of defenders Preston Kilwien, Roy Boateng, and Edgardo Rito, and forward Sebastian Elney.

The club also announced that midfielders Jared Stroud and Chris Lema, both of whom earned Championship All-League honors this season, were out of contract.