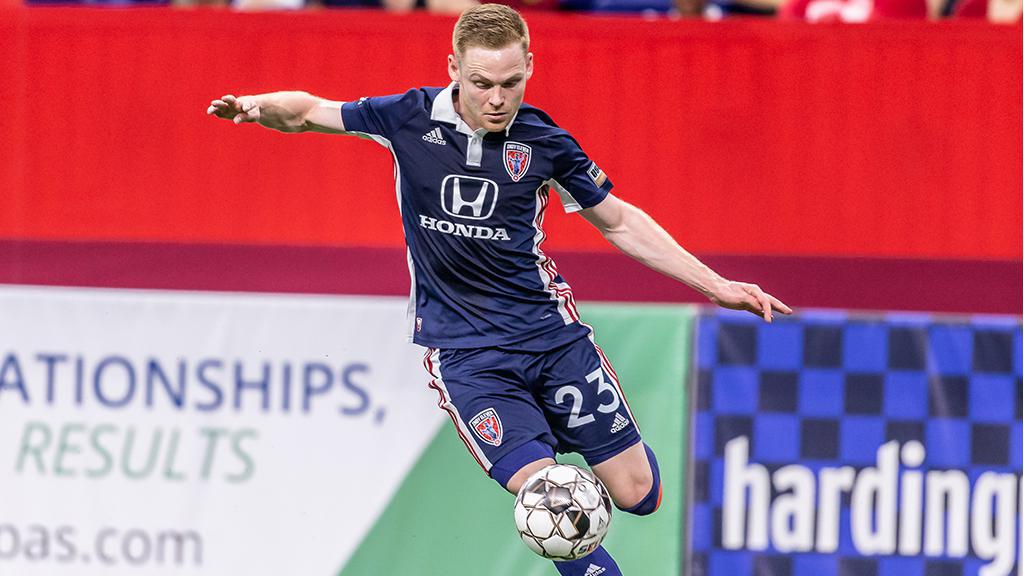 INDIANAPOLIS – Indy Eleven announced on Tuesday it had re-signed forward Tyler Pasher for his third season with the club. Per club policy, terms of the contract will not be released.

“Coming back to Indy Eleven to build on the team’s best season ever is a challenge I am looking forward to in 2020,” said Pasher. “This city and our fans – especially the Brickyard Battalion – have really embraced me on and off the field over the last two years. I cannot wait to give back to them with an even greater effort next season and reward them with the trophies they deserve to share with this club.”

The 25-year-old enjoyed a breakout campaign with the Boys in Blue in 2019, leading the team in scoring with 13 goals, including two of the club’s three goals scored during play in the USL Championship Playoffs. The Canadian also contributed four assists during his 35 appearances (27 starts) last season and finished second on the squad with 60 shots and 50 chances created.

“We are delighted to have Tyler Pasher returning for the 2020 season,” said Indy Head Coach Martin Rennie. “In 2019 he transitioned to an attacking position in our lineup and he produced many game-winning performances. Tyler has become a fan favorite and we all look forward to watching him here in Indy again next season.”

Kristo finished tied for the team-high with nine goals in the 2019 campaign, with six of those tallies occurring after being introduced as a substitute. Brotherton and Comsia, meanwhile, formed a successful partnership in the middle of NCFC’s backline in 2019. Both players factored heavily in NCFC’s best defensive season since 2011, as the team allowed only 1.09 goals per match and recorded 10 clean sheets.

The 23-year-old joins the Athletic after competing for Fresno FC in the 2019 USL Championship campaign. Strong made nine appearances for the Foxes during the campaign and recorded 31 clearances and an 80.6 percent passing accuracy rate.