If your club is looking for a boost, here’s a starting point on potential free agent signings 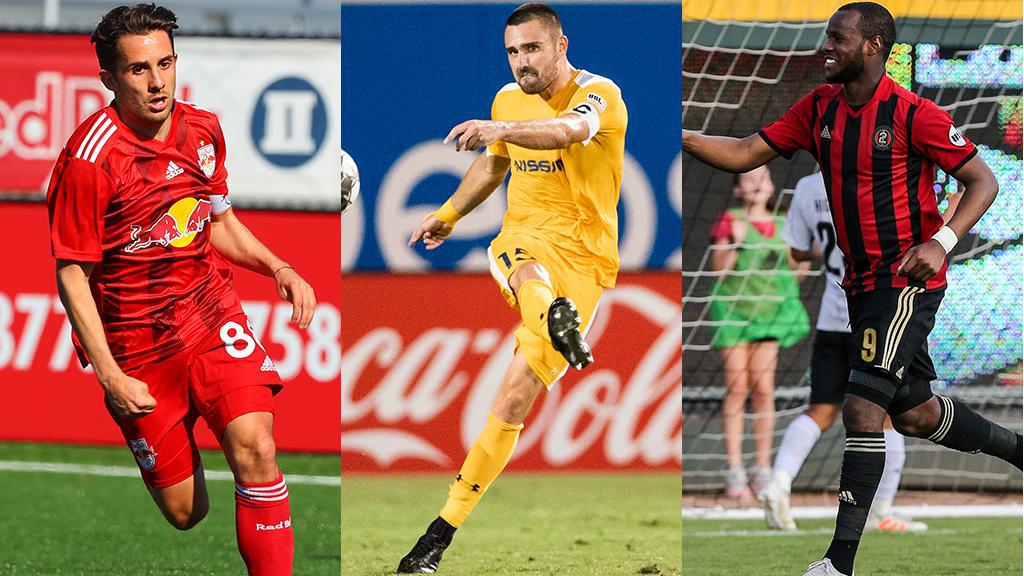 Vincent Bezecourt, Jimmy Ockford and Romario Williams are three potential free agents that USL Championship clubs should be pursuing this offseason to bolster their squads for the 2020 season.

We’re two weeks removed from the 2019 USL Championship Final and that means front offices across the Championship are busy assembling their rosters for the 2020 season.

Some clubs are already well down that path, having secured the return of numerous key figures from the past campaign. Others are even farther, having inked their first free agent or two. Some, less notably, have been strangely quiet.

Bone’s move continued the trend of players looking to re-establish themselves in the Championship with a potential eye towards making the move back to the top-flight in the future. Arguably the best example of this was Sebastien Ibeagha, who joined San Antonio FC for the 2017 season, earned the league’s Defender of the Year honors after a standout campaign, and has now made 49 appearances over the past two seasons for New York City FC.

With that in mind, here are 10 more potential targets Championship clubs could take aim at in the upcoming month that could be beneficial for both club and player.

In five seasons across three teams in Major League Soccer the Jamaican forward has never really had the chance to shine, making only one start in his 28 regular-season appearances. For those that have followed him while on loan in the Championship, though, there’s a player that can be a difference-maker for any club that chooses to pursue him. Since the start of the 2015 season, Williams has scored 32 goals in 71 appearances at a rate of a goal every 157.1 minutes, which is good for fifth-best in that span among players with at least 30 goals and puts him at a higher strike rate than players like Solomon Asante, Dane Kelly and Chandler Hoffman. At 25 years old, this would be the perfect moment for Williams to reestablish his goalscoring credentials and provide a serious attacking boost for the right club.

The veteran Canadian center back is in the closing stages of his career – he’ll turn 35 years old midway through the 2020 campaign – but in the right situation he could be a good asset to build a younger group around. That was in evidence during his brief loan stint with Las Vegas Lights FC last June, where he helped the side to a 2-0-1 record as it conceded only two goals in three outings. Jakovic’s biggest strength is going to be his ability to guide a team, but his passing remained top-notch while with Head Coach Eric Wynalda’s side, where he completed 102 of 109 passes in four appearances for the side. Even considering the elevated numbers that defenders can garner, that’s an exceptional success rate. 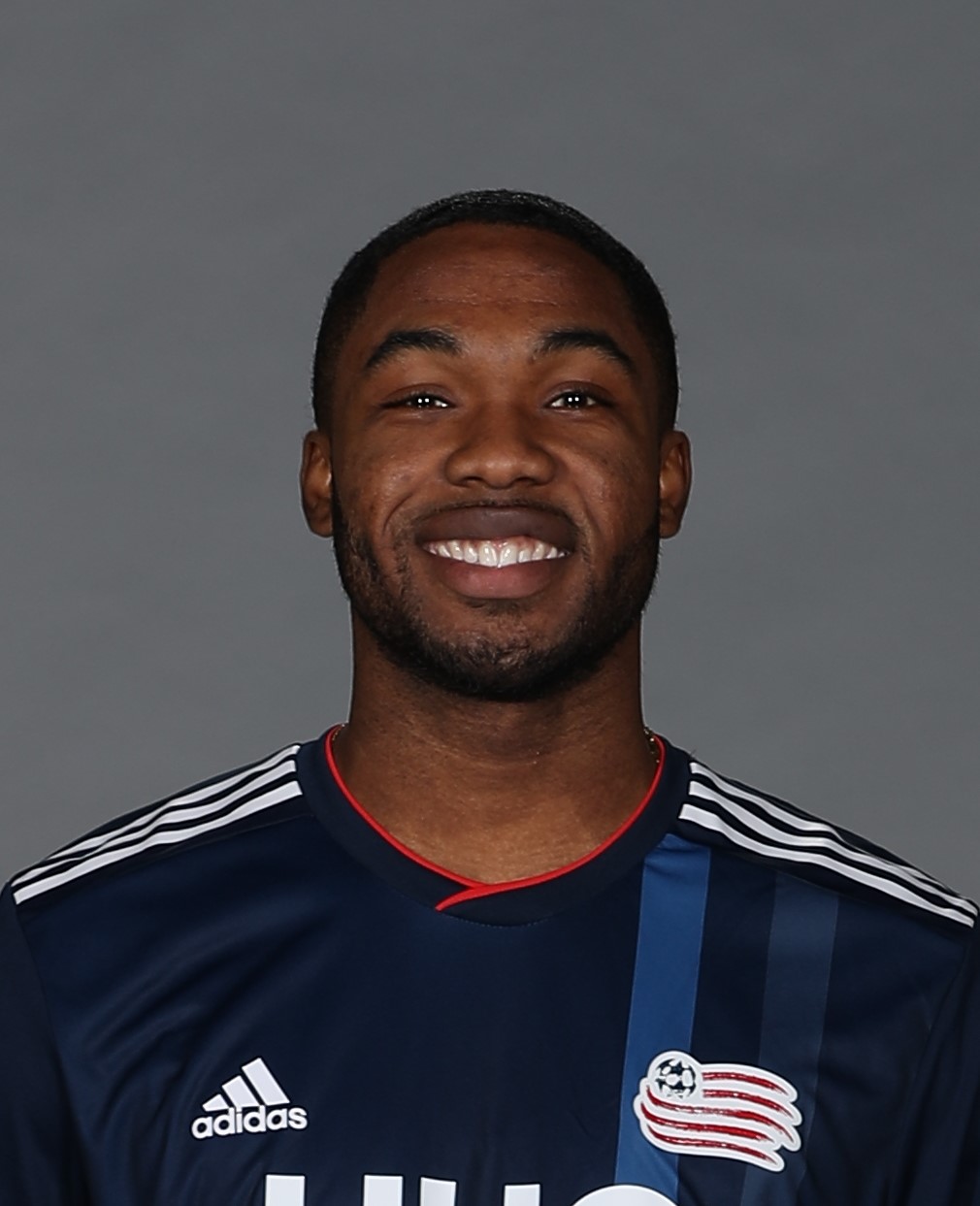 Wright’s overall numbers of six goals and four assists in 28 appearances while on loan with Birmingham Legion FC in the 2019 season may not jump off the page in the way those of more prolific front men might, but there’s a good amount to work with here. At 24 years old, Wright is about to enter his prime, and his ability to move well off the ball and create – his four assists were among 29 key passes overall – show signs of his potential. The Canadian is going to need to start being tidier in possession, his 59.3 percent pass completion rate in the opposition half didn’t come close to the players he should be aspiring to emulate like Neco Brett or Corey Hertzog, but if that attention to detail can be added to his game this should be a good find for someone.

The first thing to do when looking at Evan Louro as a goalkeeper is to be wary of what the numbers say. Of course, that’s because those don’t paint a great picture; among goalkeepers with at least 150 saves in the Championship over the past three seasons, Louro ranks last with a 62.8 save percentage. But it needs to be factored in that Louro has been playing as part of a system that is essentially high risk for goalkeepers overall. When the Red Bulls II press wasn’t effective, it meant Louro would regularly be tasked with coming up big to bail out his teammates, something he did with regularity. Set to turn 24 years old in January, the club that signs Louro will get a veteran of almost 80 professional games that has served as a captain and understands how to be a vocal leader, something that could be invaluable to a whole number of Championship clubs between the sticks. 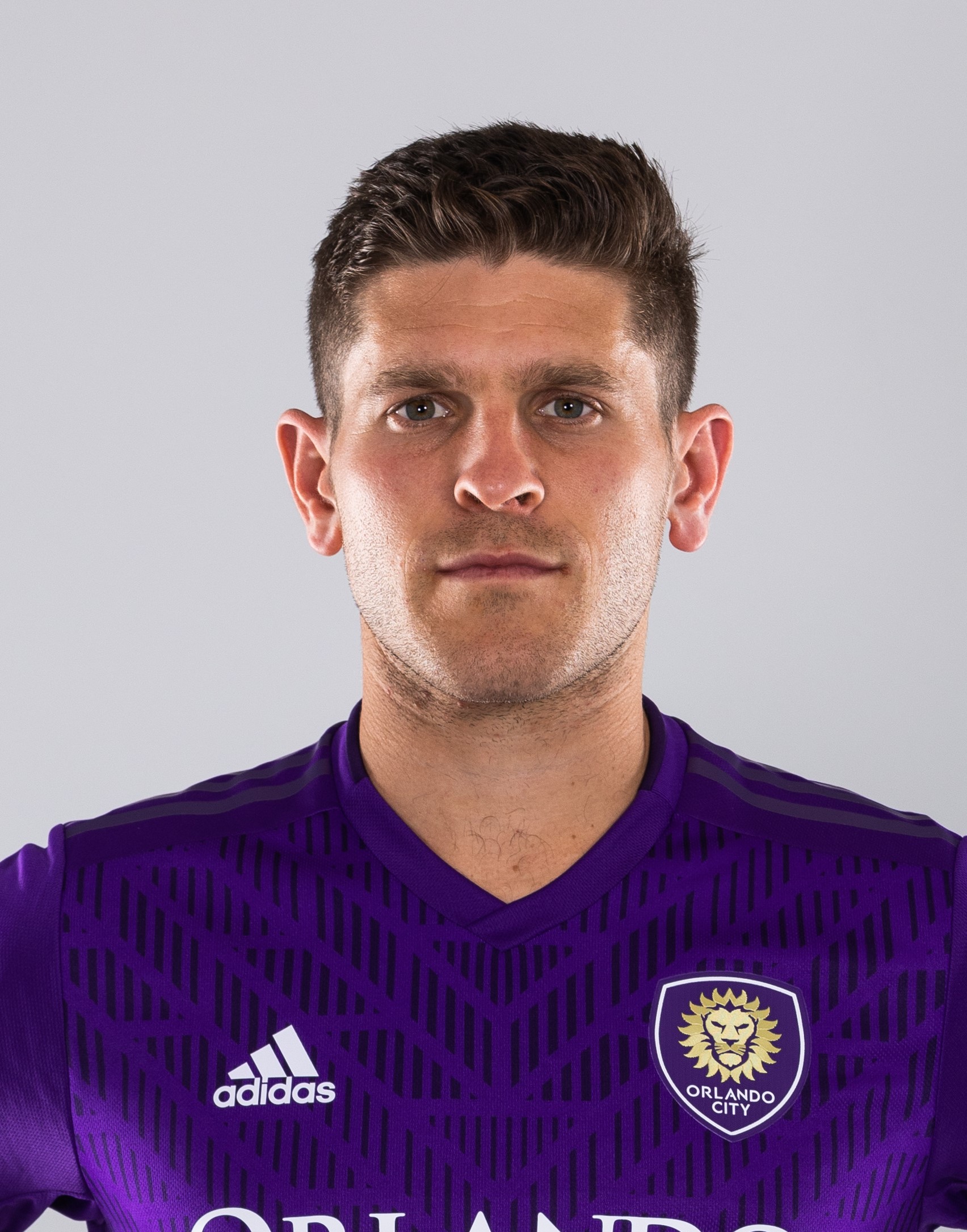 Of the players in this list, Powers is the only one that hasn’t spent time on loan in the Championship, but after making 10 appearances for Orlando City SC over the past two seasons it could be time for a fresh start for the 2013 MLS Rookie of the Year. Powers logged more than 2,000 minutes in his first four seasons in the top flight while registering 14 goals and 25 assists over that span, and at 28 years old could become a centerpiece for an ambitious Championship club looking for its leader in the center of midfield. 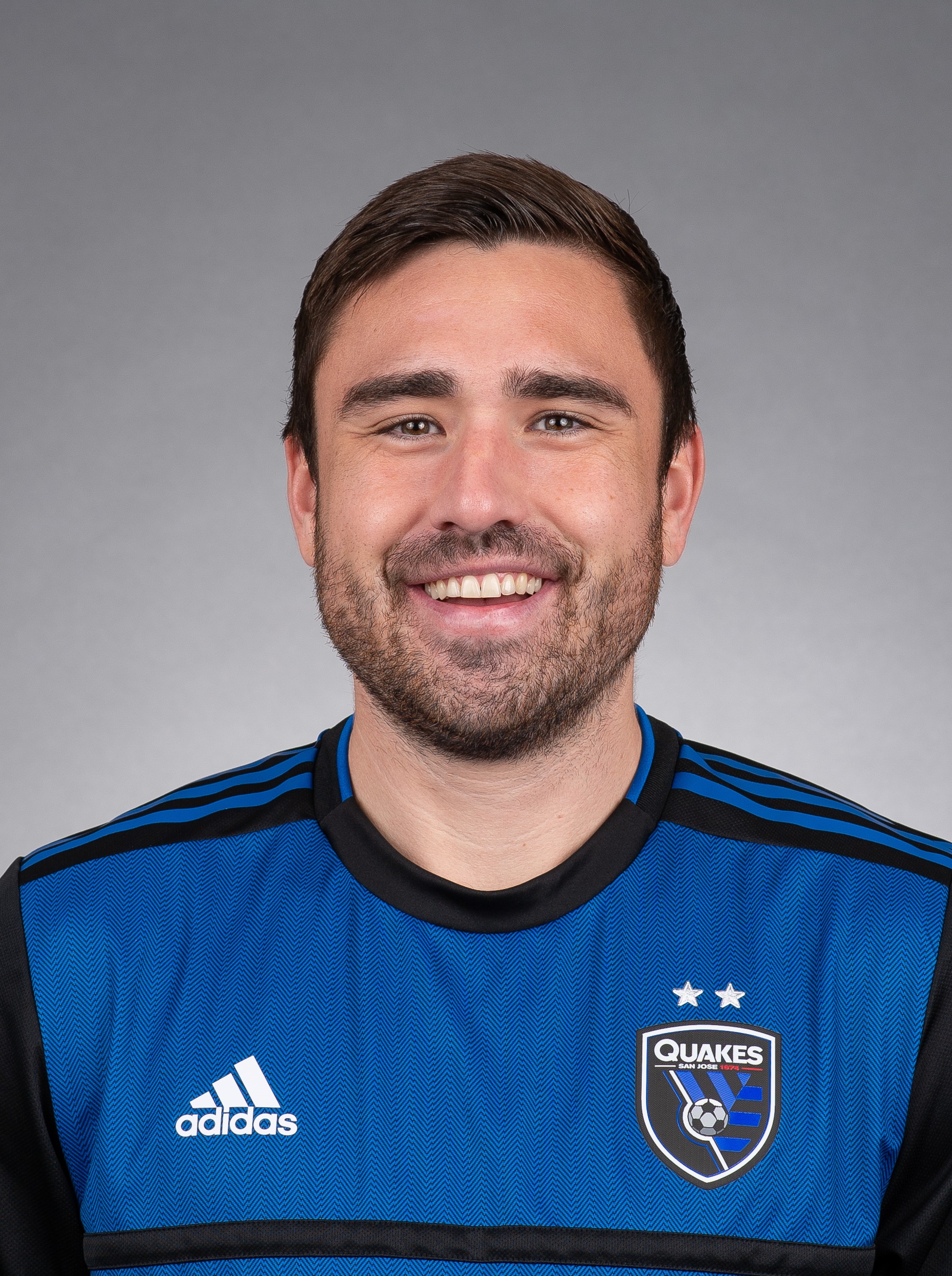 The writing was probably on the wall for Jimmy Ockford that his time with San Jose was up when he arrived on loan with Nashville SC midway through the past season. Then the 27-year-old proceeded to show why he’d earned a place with the Quakes after a standout season in 2017 with Reno 1868 FC in the Music City. Ockford was stellar as Nashville pushed up the Eastern Conference standings as he helped the side go 12-2-4 over his 18 appearances while conceding only seven goals. Sure, there were others aiding that cause, including fellow loanee Forrest Lasso and Championship Goalkeeper of the Year Matt Pickens, but Ockford’s 66 clearances, 30 interceptions and 569 of 668 passes completed were a big factor, and should attract plenty of attention. 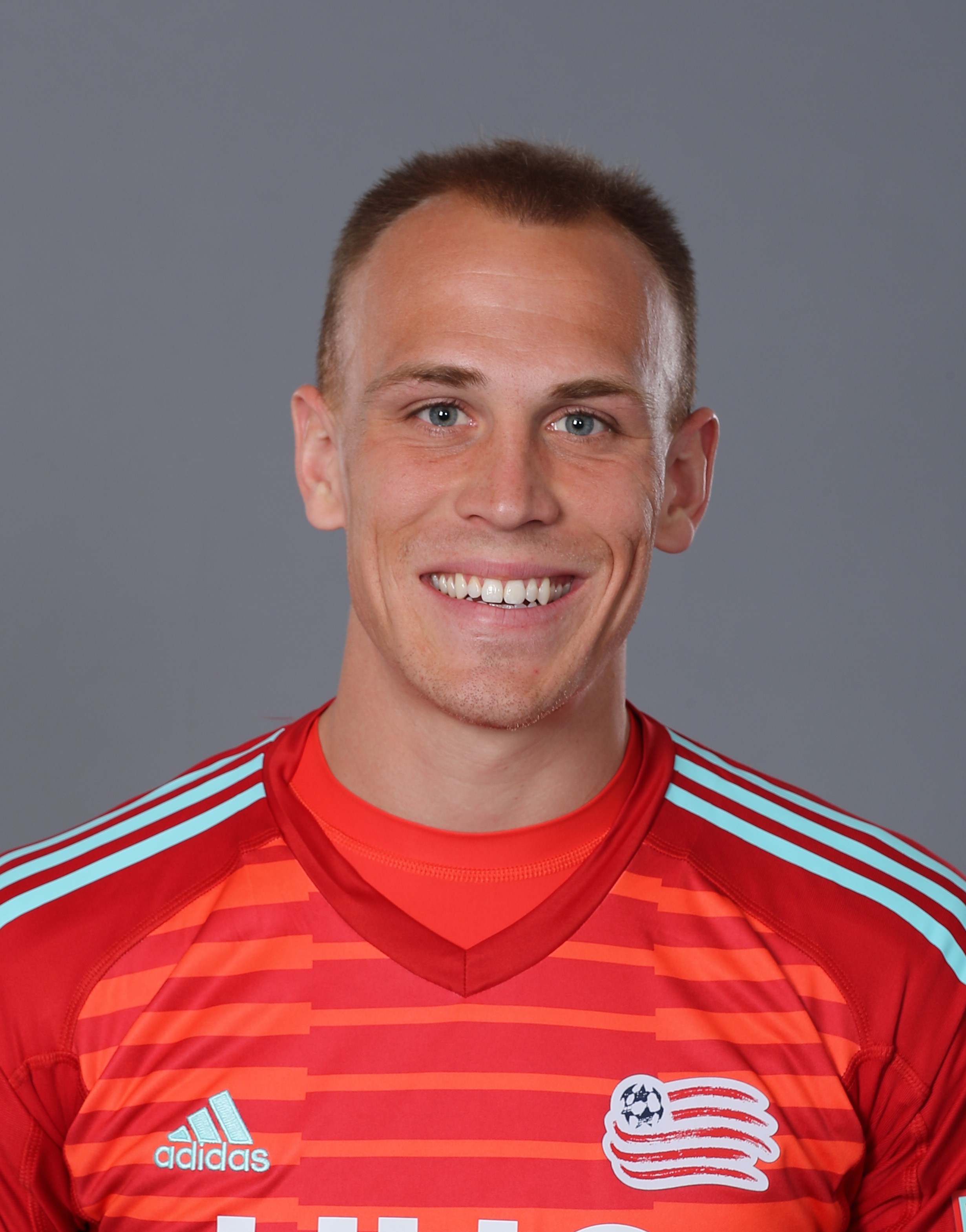 Arriving back in the United States after six years in England, Cropper looked to be on course to be the Revolution’s goalkeeper of the future. After the emergence of former Richmond Kickers loanee Matt Turner in New England, though, Cropper went out on loan during the second half of this past season to Hartford Athletic, where he showed off the pedigree that had made him both a U.S. U-20 and U-23 international in the past. At 26 years old, Cropper isn’t too far removed from those days, either, and getting a full season of minutes under his belt could serve as a platform to return to top-flight action in the future while giving a Championship side a safe pair of hands to rely on defensively. 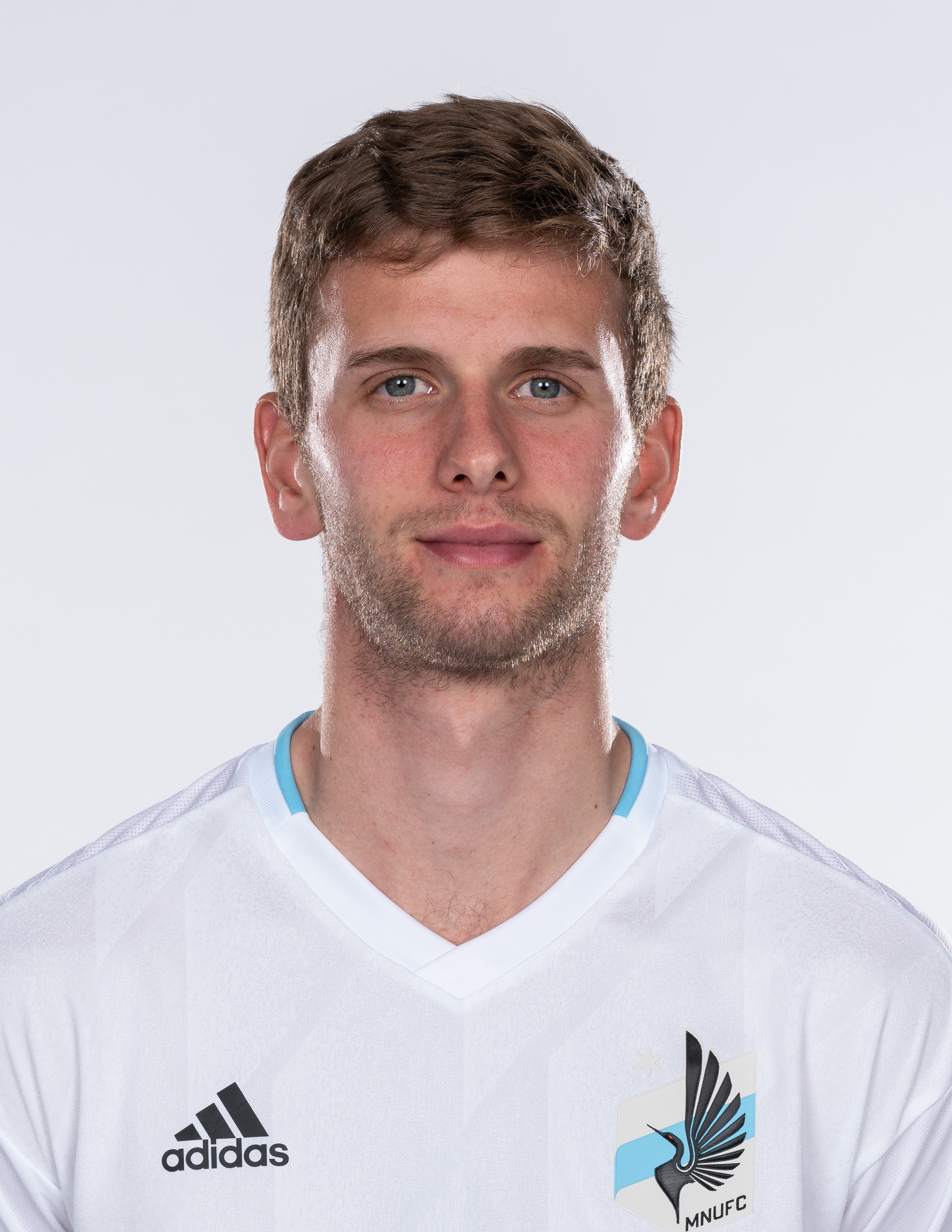 If it seems like Collin Martin has been in the professional ranks for a while, you’d be correct. The central midfielder made his debut for D.C. United in 2013 and just completed his seventh season. On the flipside, however, is that the 25-year-old has never quite made the breakthrough in the top flight that was once hoped for, with 41 MLS appearances and 21 on loan in the Championship the sum of those seven seasons. When Martin was on loan this season with Hartford Athletic, however, he showed how he could be a plus for a Championship club, sporting a passing accuracy rate of 86.5 percent on 50.1 passes per 90 minutes. Translate that to a full season and you have a ball-moving central midfielder that can get an attack moving in a very positive direction.

With 18 goals and 20 assists over the past four seasons in the Championship, and another four assists in his 20 regular-season appearances in Major League Soccer for the Red Bulls, Bezecourt could offer a Championship club a serious attacking threat in either a wide or central position for the 2020 season, especially given that the 26-year-old’s numbers seem due for a rebound season after a down 2019 campaign. Bezecourt did a lot right in his 17 appearances on loan for the Red Bulls II this past campaign, recording 44 shots of which 17 were on target, but came away with only three goals to show for his efforts at a 6.8 percent conversion rate. Having averaged more than double that success rate in previous seasons, the potential of a return to the form that made the Frenchman a 2017 Championship All-League selection could be there for the taking. 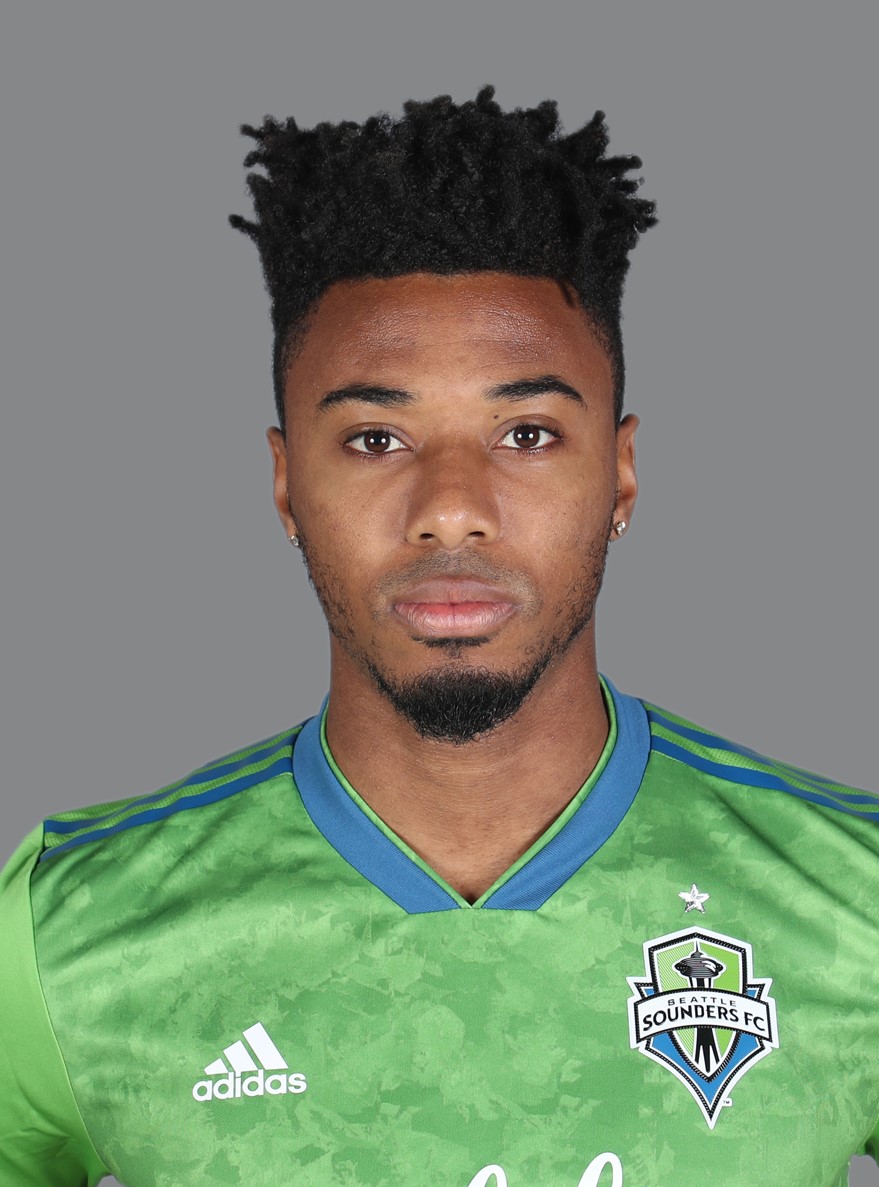 While he’s closing in on nearly 100 appearances in Major League Soccer, the 6-foot-4 defender could become a centerpiece for a Championship club defensively with the versatility to play at both right back and center back in his arsenal. It was at right back that Abdul-Salaam featured prominently for Phoenix Rising FC while on loan during the club’s run to the USL Championship Final in 2018 as he made 13 appearances, putting up success rates of 89.5 percent on tackles, 59.4 percent in duels and 58.3 percent in aerials while also making 26 interceptions, but the 28-year-old’s comfort on the ball – see his 83.8 percent pass success rate on 34.8 passes per 90 minutes – could make him just as suited to a central role that can put his ball-winning and distribution abilities to greater use.