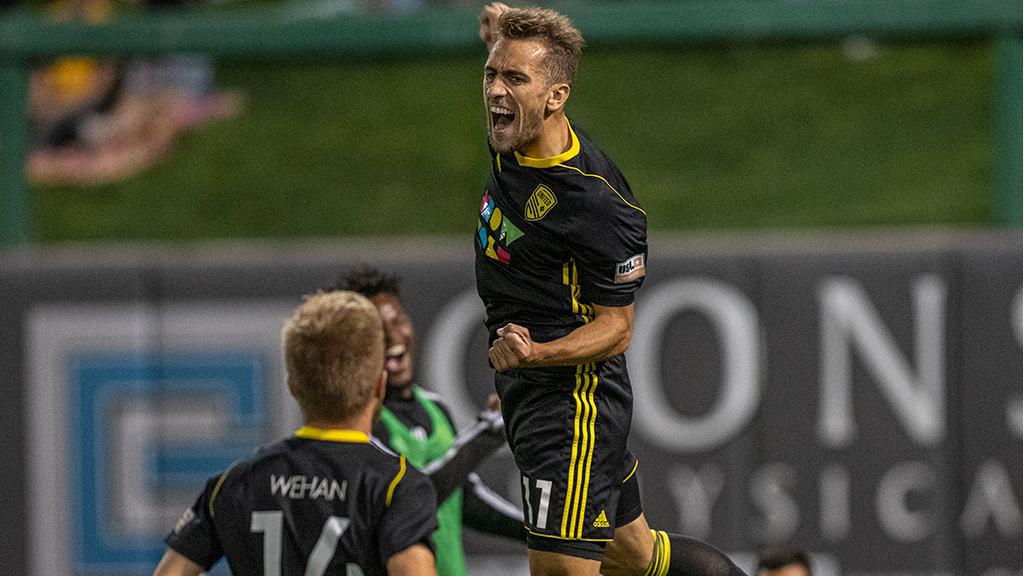 Phoenix Rising FC is known for making its mark early each offseason. This year is no different with Tuesday’s arrival of Santi Moar, a 2019 Championship All-League selection with New Mexico United.

All well and good, especially given that it’s good for business if a league has a top dog for everyone else to aim at, which is a role Phoenix appears more than happy to play in the Championship.

Amid the club’s apparent surplus of riches, there is one question I have, though.

How do Moar and Junior Flemmings coexist and help Phoenix thrive the way it did this year?

To be clear, I’m not questioning either player’s talent. In fact, they’re two of my favorite players to watch when they’re in full flight. You want exciting soccer, Moar and Flemmings should both be near the top of your list.

The problem, however, is that they would like to be essentially the same player. Both have a preferred role as an inverted left winger, which allows each to cut centrally onto their right foot and either combine with a teammate or find an open shooting lane.

Here are their numbers from last season.

Here’s some more visual evidence of the capability both possess while operating on the left flank. (Phoenix fans, avert your eyes for the first one.)

Now, that’s not to say either player can’t operate on the right side, offering necessary balance to a system that was so successful with Adam Jahn on top and Solomon Asante pulling the strings centrally. Moar’s ability to take on defenders – the Spaniard went 93 of 154 (60.4 percent) in completed dribbles in 2019, compared to Flemmings’ 52 of 98 (53.1 percent) – and deliver could make him the more likely option to start on the right, with the possibility of switching flanks within the flow of play, riding the hot foot if necessary.

That, though, could come with its own man-management challenges for Head Coach Rick Schantz as he tries to keep two top talents happy and producing the way they’ve shown capable.

And if either Flemmings or Moar is pushed to the right side on a permanent basis, will they be able to produce the same numbers as this past season where they were predominantly in their preferred role? You only need to look at Flemmings’ 2018 season in Tampa Bay – where he was regularly switched between flanks and not given a consistent role in the side – to see how that ended up for both him and the club.

There’s a long way to go between now and the opening day of the 2020 season, which means there’s plenty of time for Rising FC to put in the optimal plan that will maximize both Moar and Flemmings’ abilities.

As of now, however, Rising FC’s first big signing of the offseason raises more questions than expectations.