MURRAY: New Mexico’s First Dose of Free Agency Has Arrived, and it Stings 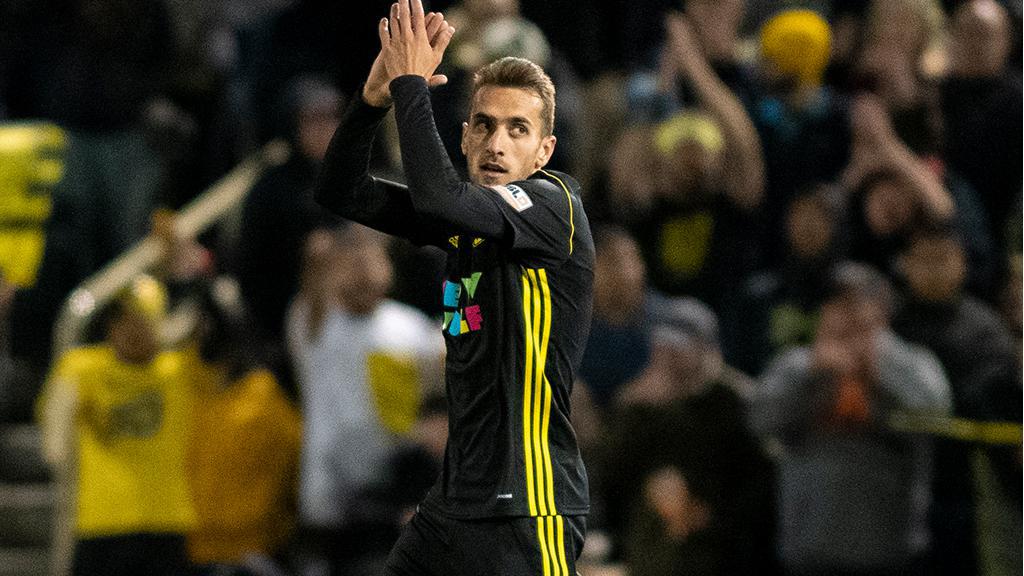 The next time Santi Moar visits Isotopes Park it will be in the colors of Phoenix Rising FC after an offseason move from New Mexico United announced on Tuesday afternoon. | Photo courtesy Josh Lane / New Mexico United

Well, here it is New Mexico United fans. That first dose of a USL Championship offseason.

You were no doubt hopeful that Santi Moar, one of the key pieces to your club’s success in its inaugural season, while having ended the season out of contract would be back in the black and yellow next season.

And now here we are, not only with the Championship All-League Second Team selection in another club’s colors, but that of Phoenix Rising FC, one of your top two rivals in the league and the side that everyone looks set to be chasing next season.

It was certainly easy to be enamored with Moar’s game if you were a United fan. From the moment his signing for New Mexico’s inaugural season was announced after his departure from Bethlehem Steel FC it was being hailed as quite a coup for Head Coach Troy Lesesne.

It proved to be the case. Moar came out of the blocks flying and claimed the Player of the Month award for March. The Spaniard’s tandem down the left side with New Mexico native Josh Suggs provided the early impetus for NMU to become the surprise package in the Western Conference, even helping the side reach the top of the conference standings for a little while.

Moar’s production tailed off after nine goals in his first 12 games as opponents began to factor him more strongly into their game-plans, but the effort and spark of creativity remained present. He ranked 11th in the league in Chances Created from Open Play (49) and tied for third in dribbles completed (93). That sense of anticipation from the packed houses at Isotopes Park whenever the ball arrived at his feet was palpable, and part of the reason why the connection between Moar and United’s fans became ingrained.

Now the next time the 26-year-old will play in New Mexico it will be in the colors of Rising FC, and his former club will be hoping to have found a replacement that can help it take another step forward in its second campaign and close the gap on the team that topped the Western Conference in record-setting fashion last season. United fans could certainly feel spurned, and it’s almost assured that game will be one quickly circled on schedules when the 2020 regular season slate is unveiled.

Of course, in the bigger picture this is simply the way things work in the offseason. New Mexico certainly won’t be the last fanbase to be disappointed this offseason by the departure of a fan favorite. As the lists of players retained by each club this offseason have emerged, so has the realization among some that they might have seen a certain player in their club’s colors for the last time.

Still, when it’s the first time you’re going through that process, it hurts a little moar.