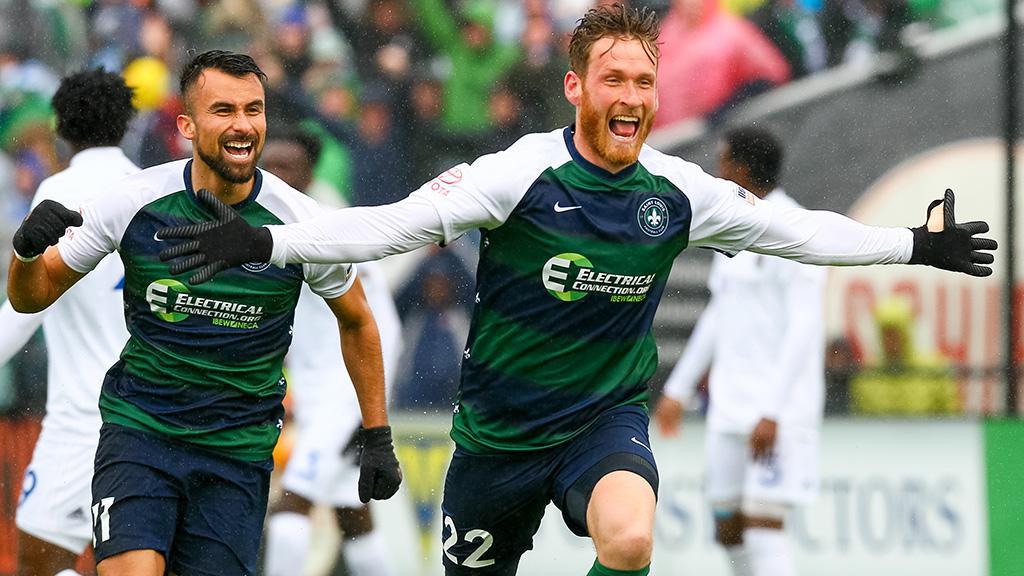 ST. LOUIS, Mo. – Saint Louis FC announced on Saturday nine players would return to the club for the 2020 USL Championship season as it made its first offseason announcements.

Among the group are defender Phanuel Kavita, midfielder Kadeem Dacres and forward Kyle Greig, who will each play their third consecutive seasons for the clubs. Kavita was one of one of two outfield players to play in every minute of the USL Championship regular season in 2019. He anchored a defense that kept 12 clean sheets and led the team in blocks with 28 this season.

Greig, meanwhile, passed the milestone of 50 regular season goals in the past season as he recorded seven goals and four assists in the campaign. Dacres scored four goals as he recorded a career-high 2,214 minutes across 33 games.

Also among the returning players are forward Tyler Blackwood, who scored six goals for STLFC after his midseason arrival from Sacramento Republic FC, midfielder Joaquin Rivas, who will look to return to top form after seeing his injury cut short by knee surgery, and midfielder Russell Cicerone, who scored five times in the regular season and registered 41 key passes.