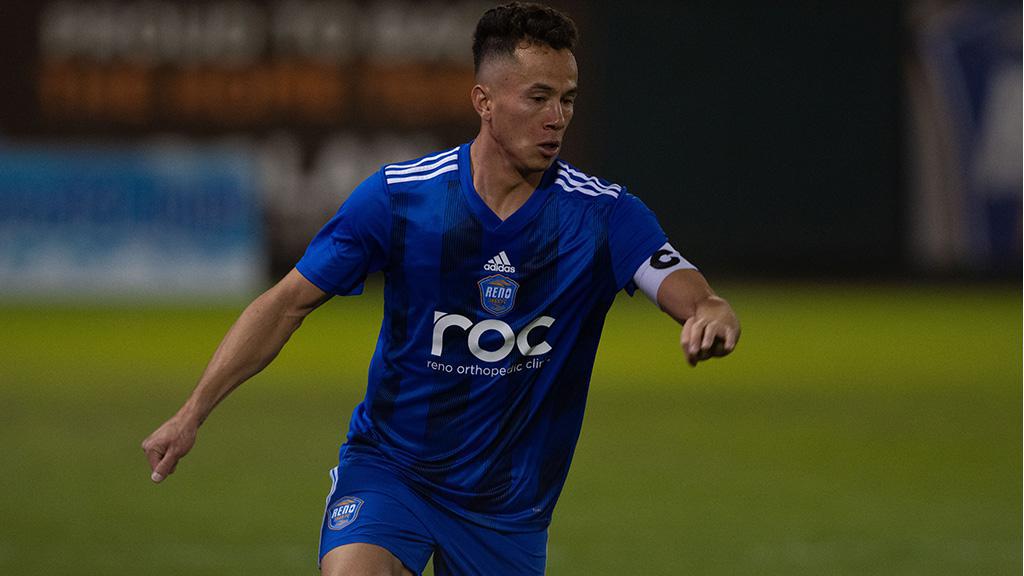 RENO, Nev. – The all-time appearance leader in Reno 1868 FC’s history will be back for the club’s fourth season.

1868 FC announced it had re-signed defender Brent Richards on Tuesday, pending league and federation approval, with the full back coming off a campaign in which he led the club in clearances (95), interceptions (68) and was second in tackles (45) as Reno recorded its highest regular-season points total in its history.

“We’re really excited to have Brent back,” said 1868 FC Head Coach Ian Russell. “He’s been a mainstay in the back line since the start of it. He’s a really good attacking outside back and brings a lot of experience to the locker room.”

Richards has made 89 appearances for 1868 FC in his career, including 32 this past season as he recorded an individual single-season high with five assists. The 29-year-old has made 124 appearances overall in his Championship career, having played two seasons for the Portland Timbers 2 before joining Reno for its inaugural season in 2017.

“I couldn’t be happier to be coming back to Reno 1868 FC for a fourth season,” said Richards. “The way that the community has embraced this club makes it a really special place to play. I can’t wait to get started again on working towards winning a championship for this city in 2020.”

ROSS RETURNS TO LOCOMOTIVE FC: El Paso Locomotive FC announced the return of midfielder Nick Ross for the 2020 season. Ross appeared for the Locos 32 times in the 2019 campaign and recorded two goals, two assists, 31 key passes and closed the season with a 90 percent passing accuracy.

“For me, Nick is one of the most underrated players in the league,” said El Paso Head Coach Mark Lowry. “He is incredibly intelligent; he has the running ability to cover more ground than anyone else during a game and is technically proficient with both feet. Nick’s intelligence allows us to experiment tactically and offers solutions to our build-up and possession play. He was a joy to work with in 2019, he is one of the most popular players on the roster and I am honored to have him back in a Locomotive jersey next season.”

“The re-signing of Cristhian Altamirano immediately legitimizes our capability to attack at speed as he puts teams on the back foot defensively,” said Tulsa Head Coach Michael Nsien. “Cristhian has scoring, one-versus-one and assisting ability which he showed scoring seven goals and assisting seven times also. He has so much experience as a player, and he is a winner. We want players that are serial winners, players that are consummate professionals and players that love our city and want to achieve great things in our city.”

Altamirano has previously achieved success on the global stage, earning six caps for the Honduras National Team. Three of those appearances came in the 2017 Copa Centroamericana, where Altamirano played a vital role in Honduras claiming the championship. In the Group Stage of the tournament, the 29-year-old registered his first assist for his country in a 2-1 win over Nicaragua.

Last season was Altamirano's first in the United States after a 10-year professional career in Honduras. His best season prior to this past campaign came in 2015/16 with Club Deportivo Real Sociedad where he also had seven goals and seven assists.