With new stadium on horizon, Switchbacks looking to rise, return to former glories 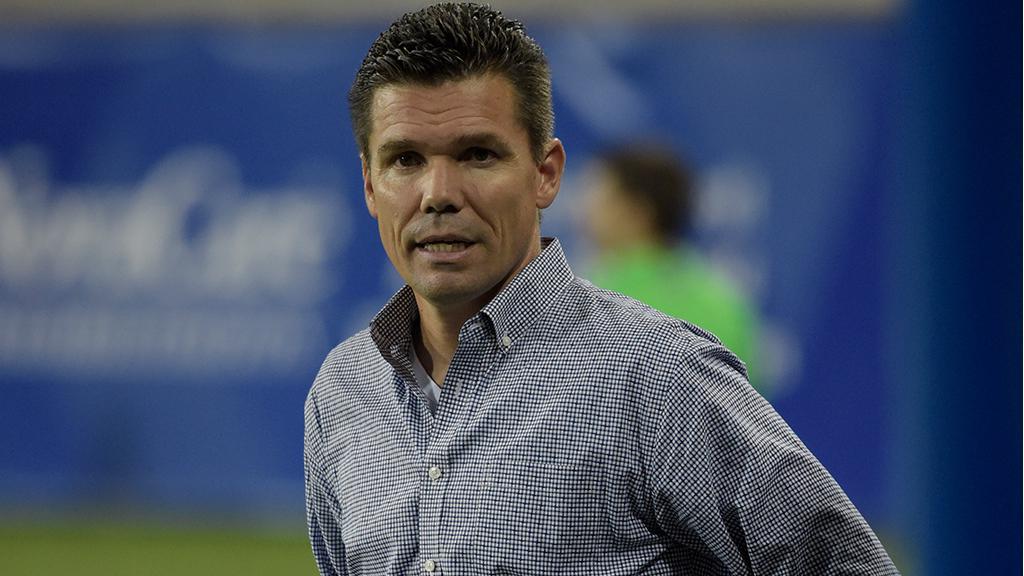 New Colorado Springs Switchbacks FC Head Coach Alan Koch is looking to provide a turnaround in fortunes for the club as it prepares to move into its new stadium in the 2021 season. | Photo courtesy Brett Hansbauer / FC Cincinnati

COLORADO SPRING, Colo. – The climb facing Colorado Springs Switchbacks FC and new Head Coach Alan Koch to return the club to the heady days of the top-three finishes the club achieved in its first two seasons might resemble 14,115-foot Pikes Peak that lies just to the west of the city, but it’s one the 44-year-old is ready to take on as he jumps back into the Championship’s coaching ranks.

“It’s a very big project,” Koch told the Province’s J.J. Adams recently. “The table doesn’t lie. And now we have to go in and make some adjustments to player personnel, team structure and make sure we get everything right so we can head forward in a positive direction.”

After finishing bottom of the Western Conference in the 2019 Championship season, there is of course nowhere to go but up from here for the Switchbacks, but there should be reason for optimism as the club enters the new decade.

For one, the arrival of Koch – who led both Vancouver Whitecaps FC 2 to the Western Conference Final of the 2016 USL Championship Playoffs and then FC Cincinnati to the league’s regular season title in 2018 – looks set to bring a new vigor to the side. You only needed to look at the final game of the Switchbacks’ regular season to see some green shoots of hope as they rallied to earn a 2-2 draw against San Antonio FC despite being down to 10 men – eliminating SAFC from playoff contention in the process – to see an energy reminiscent of Koch’s previous stops.

Then there’s the club’s new 8,000-seat home in downtown Colorado Springs that will make the club accessible to more fans and give the Switchbacks a prominent place in the life of the city when it opens before the 2021 season. With the groundbreaking for the venue – part of a larger mixed-used property that will also feature retail, restaurants and housing – set for December 7, the renewed energy around the club seems ideal for Koch to build on.

Koch, of course, is looking to restore some of his own reputation after a record-setting 2018 in the Championship with FCC quickly went sour as the club made the move to Major League Soccer this year. Dismissed from his position for the first time in his career, it offered Koch a chance to step back and take stock of what he’d learned since taking on the WFC2 job after a successful stint at Simon Fraser University in British Columbia.

“The nicest thing about being dismissed — and being dismissed is not nice — but it forces you to reflect,” Koch told Adams. “You reflect on what works and doesn’t work, and use it as a growth opportunity. The four-and-a-half months that I was out of the game was really an opportunity to grow and become better. 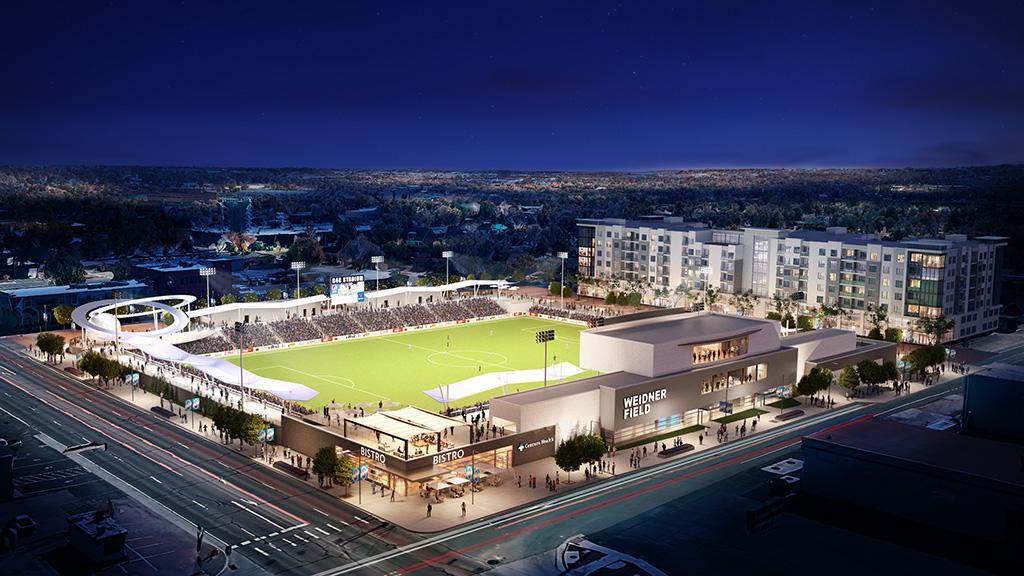 Switchbacks FC will break ground on its new 8,000-seat downtown stadium on December 7.

“Every environment you go to as a coach, you have to evolve and adjust your philosophy for each environment. Coaching Whitecaps 2 was very different than coaching Cincinnati. And coaching Colorado Springs now, I’m going to have to adjust my philosophy.”

Koch used the time away from the sideline to also seek out different perspectives, sitting in with a selection of different coaching staffs including that of current U.S. Men’s National Team Head Coach Gregg Berhalter.

With new signings set to be announced soon, the start of a new era for the Switchbacks is primed to get underway. Koch, certainly, can’t wait to begin the club’s ascent up the Western Conference.

“I like ambition of the ownership,” Koch told Adams. “Just by [committing to] building their own brand-new stadium, that’s going to be exciting.

“We have a lot to go in and adjust and change in this transition year, so it’s a really exciting project. Hopefully I can have some success in a really short time.”