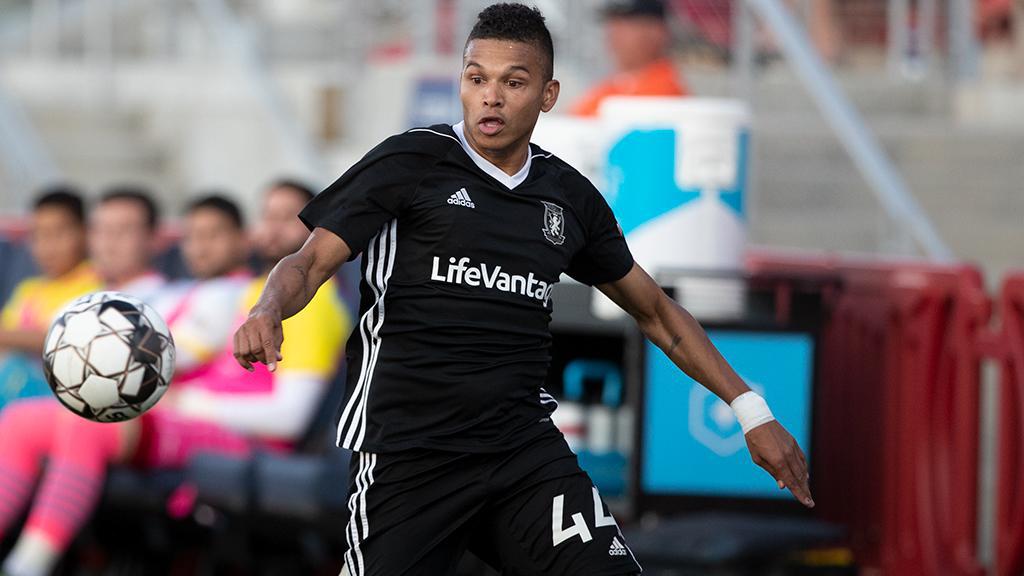 After arriving at the Charleston Battery in 2013, Cuban playmaker Mikael Chang has ascended the ranks in the USL Championship, this season earning victory in the 2019 USL Championship Final with Real Monarchs SLC. In 2020, he'll be part of Real Salt Lake'

It’s been a long road to the top for Maikel Chang.

Six years ago, when he first arrived in the USL Championship with the Charleston Battery, the sum of his first campaign was 161 minutes of action in six appearances, and one shot.

Since then, the Cuban attacking midfielder’s numbers have obviously scaled up. After contributing to three goals in his second season with the Battery (2 goals, 1 assist), Chang’s combined goals and assists totals in the regular season have effectively grown year-on-year, the only plateau coming in his first season with the Monarchs after his four goal, 10 assist campaign for the Battery in 2016 caught the eye of a Monarchs leadership group looking to upgrade their squad for the following season.

This year, Chang’s trajectory soared even higher, with 15 goals and eight assists across the regular season and playoffs for the 2019 USL Championship Final-winning Monarchs.

On Thursday, his performance was rewarded as he became the ninth player to join Real Salt Lake from the Monarchs, earning the 28-year-old his shot at top-flight action in 2020.

For a player that made the incredibly brave step of defecting from his native Cuba in 2012 while in Canada for a World Cup Qualifying game, Thursday’s news was the culmination of a dream come true, but one that required arguably the biggest sacrifice a son could have to make.

“It was an extremely tough decision because by leaving Cuba I would never be allowed to return,” Chang said in a video posted by RSL. “I would be leaving behind my whole family, all my friends, and basically my entire life.”

Chang did at least have company on the first leg of his journey in goalkeeper Odisnel Cooper – who until this season was the Championship’s all-time leader in shutouts – and forward Heviel Cordoves, both of whom played alongside him on the Battery after they had made the arduous journey south after crossing the border from Canada to the United States.

The trio helped the Battery to success, following in the footsteps of fellow Cuban Osvaldo Alonso in finding their place in the game in the Low Country.

Still, at least at the start, the feeling of isolation was difficult to shake.

“It’s hard to talk about that time because I felt very alone,” Chang said. “I felt as though I didn’t know what to do and I was in another country and didn’t have anyone. I felt very alone.”

Times change, and thanks to a change in Cuban law, years after he last saw his homeland Chang will soon get the opportunity to return home and see in person his family.

He’ll be going home a champion, and a U.S. citizen, but most of all as someone whose focus and determination allowed his talent to thrive as he’d always dreamed growing up playing in the streets with his friends.

“I think if I had to choose again, I’d make the same decision because I know that my family are really happy with everything I’ve accomplished here in the United States,” Chang said. “I believe that when you have a dream, you need to fulfill it, and my family has always supported me in that.”