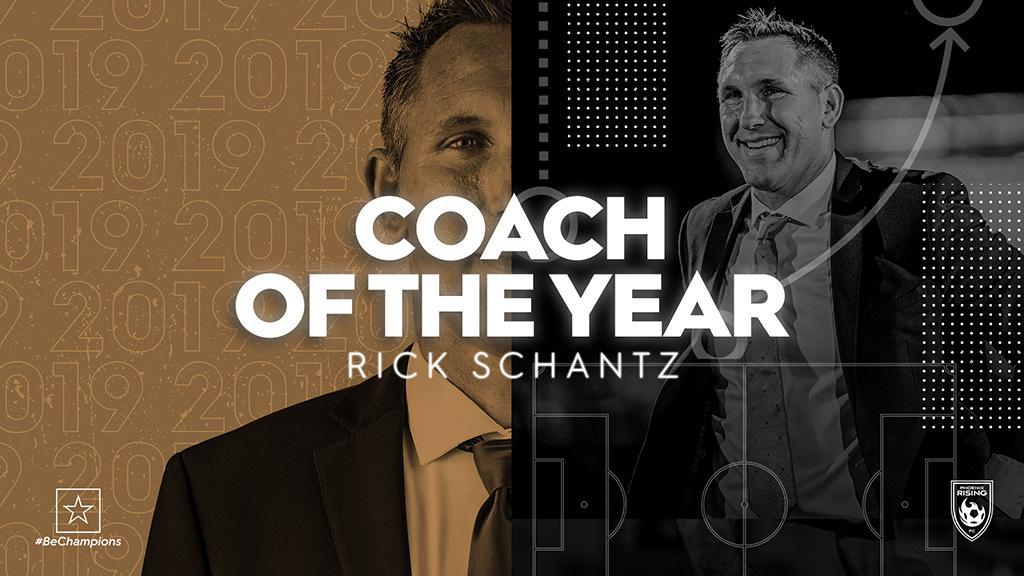 TAMPA, Fla. – At the end of the 2018 USL Championship season, it felt like it might be a while before any of the league’s major single-season records were surpassed.

Schantz was named the 2019 USL Championship Coach of the Year on Wednesday as his side took not only the Championship’s Regular Season Title but also rewrote the league record book in the process. Rising FC set new marks for total wins (24), total points (78) and goals (89) in a regular season in a remarkable campaign that thrilled fans at Casino Arizona Field and captured the imagination of fans across the country.

At the center of the club’s incredible year was a 20-game winning streak that not only doubled the previous mark in the Championship, but broke modern-era outdoor professional records for North American soccer. Rising FC did not drop a point in a regular season contest between a 3-1 victory against Rio Grande Valley FC on May 10 and a 4-1 victory against the LA Galaxy II on September 14, a span of four months without suffering either a draw or a defeat in league play.

Schantz’s success came in his first full season at the helm in Phoenix, having seen his interim tag removed last offseason after he led Rising FC to the 2018 USL Championship Final after taking the reins midseason from Patrice Carteron. Having led FC Tucson to success in USL League Two prior to his arrival in Phoenix for the 2017 season, the future appears very bright for both Coach and Club.

The 2019 USL Championship Awards were voted on by team management and a league-wide media panel that included representation from every USL Championship market. Voting was conducted following the conclusion of the 2019 Championship regular season.