Erik Holt was the Hero the Monarchs Never Knew They Needed

Defender turned the tide in Championship Final, continuing his run of postseason goals 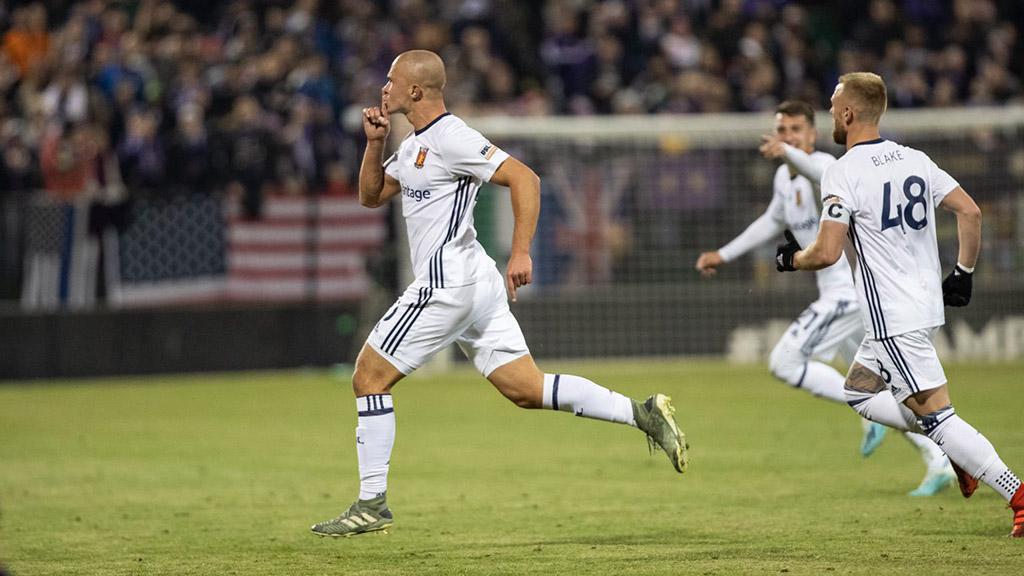 LOUISVILLE, Ky. – It takes a little bit of everything to lift the USL Championship Final Trophy.

Among the many ingredients in Real Monarchs SLC’s winning formula, you’ll find talent and togetherness, depth and desire, resilience and ruthlessness.

At the center of it all, though, you’ll find an unlikely hero, who epitomized each of those characteristics and consistently delivered for his side when the lights shone the brightest.

That, of course, would be Real’s joint-top scorer in the postseason, center back Erik Holt.

If Sunday night’s USL Championship Final was your first time watching the Monarchs this season, I’d forgive you for thinking that Holt plied his trade anywhere but defense as he expertly picked out the bottom-left corner with a first-time finish to Jack Blake’s layoff in the 25th minute to level the contest against host Louisville City FC at a goal apiece.

Holt’s strike went a long way to settling his side’s early nerves and proved to be a catalyst for the Monarchs’ 3-1 comeback victory over the two-time defending champions in front of a sellout crowd of 7,025 fans at Lynn Stadium.

It was also the latest goal in an unlikely run of tallies for the center back, who would’ve been one of your last bets to find the scoresheet for the Monarchs heading into the postseason.

The Homegrown rookie attempted just four shots in 17 regular-season appearances for Real, hitting the target twice and finding the back of the net once with a composed right-footed finish at the back post to lead his side to a 2-1 road victory over Reno 1868 FC in late September.

That first professional goal matched Holt’s offensive output over the entirety of his standout four-year collegiate career at UCLA, where he scored just once on 18 shots on goal in 71 appearances (61 starts) for the Bruins.

Yet, as we saw with the Championship Final’s history of the home team having won each of the previous eight occasions, past performance doesn’t always correlate to future results.

That was certainly the case for Holt, who scored more goals in the Monarchs’ four postseason games than his previous 88 appearances combined for Real and the Bruins. He got off the mark in the Western Conference Quarterfinals by powering Justin Portillo’s free kick past Orange County SC goalkeeper Frederik Due in a 6-2 win and followed that up by heading home Noah Powder’s corner kick in the 120th minute to seal the Western Conference crown for the Monarchs with a 2-1 victory over El Paso Locomotive FC.

As important as the latter of those two goals was, helping Real avoid the lottery of a penalty shootout in the Western Conference Final, Holt’s third tally of the postseason on Sunday night proved the most decisive of all as he turned the tide of the contest with his newfound shooting boots to lead the No. 4 seed Monarchs to an unlikely title. A fitting end for an unlikely hero who proved indispensable this postseason.