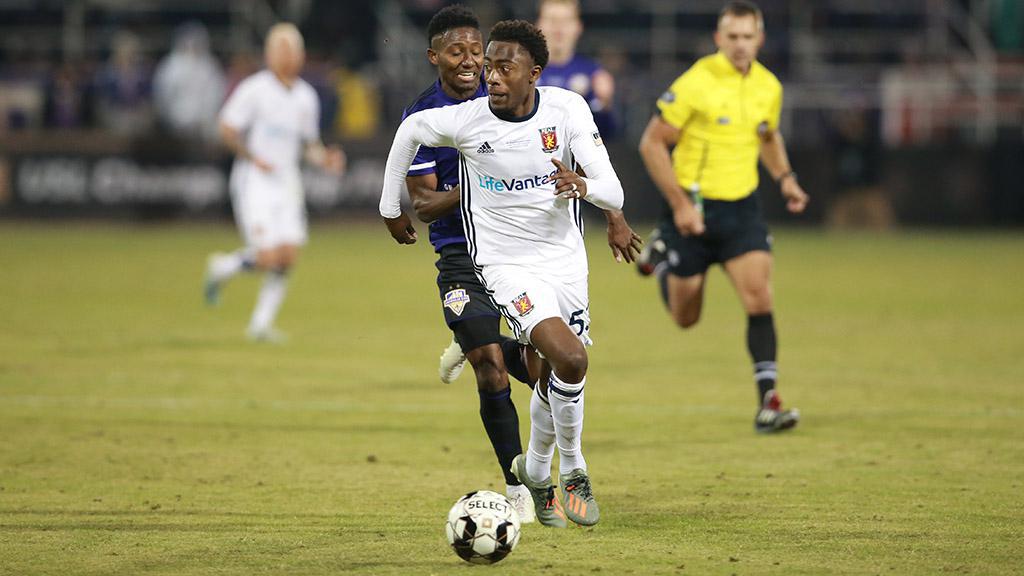 On one hand, there was James Moberg, who had earned the call in the Western Conference Final as the Monarchs went more conservative against the threat of El Paso Locomotive FC’s Omar Salgado down the flank.

On the other, there was Noah Powder, a far more aggressive option that could leave Real’s defense more exposed, but would also provide a bigger attacking threat that the Monarchs would likely need to earn victory on the road against Louisville City FC as they had against Phoenix Rising FC earlier this postseason.

Interim Head Coach Jamison Olave chose Powder, and while there might have been questions as to whether it was the right move before the game, at the end of the 90 minutes when Real had the trophy in its hands thanks in part to Powder’s strong display, it was clearly the right one.

Powder put in the performance that was needed. His passing was crisp, completing 28 of 32 passes overall, he won the majority of his duels and his speed teamed with Mikael Chang down the right side for Real proved key, especially when the game became stretched in the second half.

He showed off his flair for the spectacular, too. His first shot of the night – a blistering drive from 30 yards that Louisville goalkeeper Chris Hubbard had to claw away from finding the bottom right corner of the net – almost put the Monarchs ahead just before halftime. Instead, it set up the corner that led to Konrad Plewa’s stoppage-time finish which ended up proving the game-winner.

His second, meanwhile, effectively put the game out of reach as he was given too much space while cutting into the penalty area from the right side before arrowing a low shot into the bottom-left corner of the net. Hubbard might feel he should have done better with the effort, but the dip that saw the ball skip off the turf a couple of yards in front of him made it trickier than it might have first looked.

The best thing for the Monarchs – and Real Salt Lake’s organization – is there’s still room for the 21-year-old to grow. He can be very good on the ball, but in both Sunday’s game and that against Phoenix there were moments where he can still be too casual, allowing him to be dispossessed while putting his side on the back foot.

On Sunday night, though, the positives Powder brought – which earned him in my eyes a good shot at Man of the Match honors – far outweighed any negatives.

Known as The Special Ingredient around RSL, Powder’s addition to Olave’s recipe provided the perfect result.