Ochoa’s Late-Season Arc has Mirrored that of Monarchs 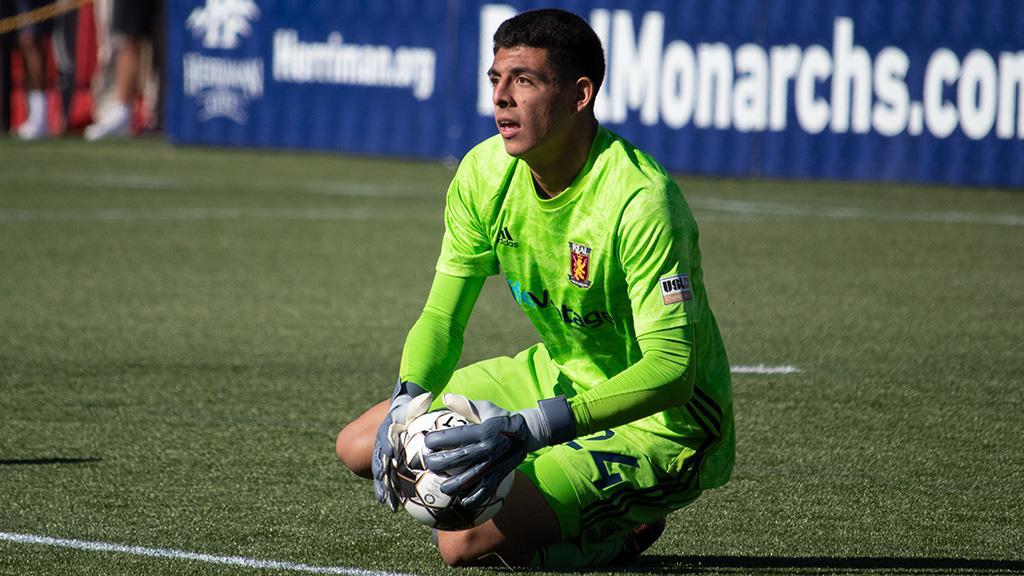 At 18 years old, David Ochoa is likely to be the youngest starter in Sunday's 2019 USL Championship Final, but the U.S. U-20 has already come through with important saves so far this postseason. | Photo courtesy McKenzie Burkart / Real Monarchs SLC

HERRIMAN, Utah – There are a handful of candidates in Real Monarchs SLC’s squad whose arc over the final two months of the season has mirrored the club’s run to the 2019 USL Championship Final, but the player slated to be the youngest starter in Sunday’s game against Louisville City FC might be the most representative.

Certainly, for 18-year-old Monarchs goalkeeper David Ochoa, the road from the start of his first full professional season to now has seen him go from quiet newcomer among his teammates to the confident, vocal shot-stopper that has many tipping him for even bigger things in the future.

“January you just got to go in, be humble, be quiet, kinda work hard, and I feel like now to this day I’ve gotten closer to the group, gained more confidence,” Ochoa said on Wednesday ahead of the Monarchs’ trip to Kentucky. “That’s just it, I’m back to myself like I was in the academy, feeling pretty confident, feeling pretty good.”

The numbers for the United States U-20 international have certainly taken an uptick during Real’s 9-1-1 run over the past two months. Starting with the club’s 5-1 victory against the Portland Timbers 2 on September 14 that began the run, Ochoa has posted a 73.9 save percentage and 0.95 goals-against average. That represents a four percent rise in save percentage over the rest of the season, and a drop of more than half-a-goal in GAA.

Ochoa’s shot-stopping has come to the fore in the Monarchs’ last two postseason victories – on the road against Phoenix Rising FC and at home against El Paso Locomotive FC – where he recorded four saves apiece. An underrated aspect of Ochoa’s growth, though, is the confidence he’s now willing to display to more experienced opponents.

give me all of these David Ochoa vibespic.twitter.com/5I0GXcSSyf

That type of mentality could offer a fascinating subplot as Ochoa and his experienced teammates get ready to face a sellout crowd at Lynn Stadium on Sunday night as LouCity looks to earn its third consecutive league title.

“We’ve been the underdogs the last couple of games and we’ve just proved people wrong,” said Ochoa. “We feel really good, and we’re giving our all, knowing it’s the playoffs. It’s a final game, and we either win or we’re out. Five more days left in the season and we’ve got to give 110 percent, give it all on the field and hopefully get the result.”

With stellar goalkeeping often the key for a successful underdog story, plenty of eyes should be on Ochoa as he looks to cap his first full season in the professional ranks with a title.

“It’s a special moment,” he said. “I did not expect this my first year, but now I just want to win.”