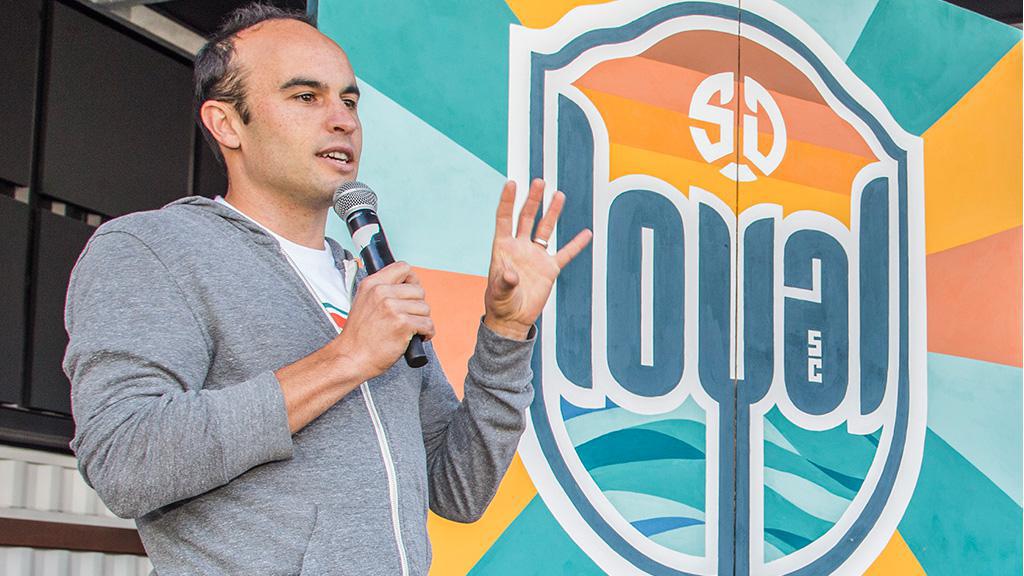 U.S> soccer legend Landon Donovan has been appointed as the first Manager in San Diego Loyal SC's history ahead of its inaugural season in the USL Championship in 2020. | Photo courtesy David Norris / San Diego Loyal SC

SAN DIEGO – San Diego Loyal SC announced on Thursday that U.S. soccer legend Landon Donovan would serve as the club’s Manager in its inaugural season in the USL Championship.

Donovan’s appointment as Manager adds to his prior position as Executive Vice President of Soccer Operations for the 2020 expansion club, which is set to kick off its inaugural campaign in March 2020 at Torero Stadium on the University of San Diego campus.

“There are no names more synonymous with men’s soccer in the U.S. than Landon Donovan,” said San Diego Loyal Chairman Andrew Vassiliadis. “Landon’s talent and knowledge of the game goes beyond just his skills as a player; during all those years he was a student of the sport and developed relationships within the industry that will be vital to us as we launch our club and assemble its first roster. We are honored to have him lead our technical side, both on and off the pitch.”

Donovan played in six MLS Cups, Lamar Hunt U.S. Open Cup and won two MLS Supporters’ Shields. Individually, he was named to an MLS record 14-consecutive MLS All-Star games from 2001-2014, was honored with the Landon Donovan MVP Award in 2009 and won the Golden Boot in 2008, as well as being one of just two players to be named MLS Cup MVP twice. He holds Major League Soccer’s all-time lead in assists (136), playoff goals (25) and is the league’s co-leader in playoff assists (14). He is second all-time to former international teammate Chris Wondolowski in regular-season goals with 145.

In addition to his club career, Donovan’s contributions to the U.S. Men’s National Team continue to dominate the record books. He holds the all-time lead for the U.S. men in goals (57), assists (58), sits second in appearances (157) and is the only American player to surpass both 50 goals and 50 assists in his career. He was the fastest American to earn 100 caps and played for his country in three FIFA World Cups.

Donovan’s individual awards include the only American to win the Golden Ball as FIFA’s Best Young Player of the World Cup in 2002, the CONCACAF Gold Cup MVP in 2013, the Gold Cup Best XI four times and U.S. Soccer Athlete of the Year a record four times.

Donovan is currently finishing his U.S. Soccer Coaching license and is expected to complete it by the end of the 2020 season.

“I am truly honored to be named the first Manager in San Diego Loyal history,” said Donovan. “This is the right place, at the right time, with the right people for me to begin my managerial career. I am extremely grateful to The Locals and all of our amazing fans for putting their faith in me to help build a club that is authentically San Diegan. Together, we will put forward a product that all of San Diego can be proud of and that will bring smiles to countless faces.”