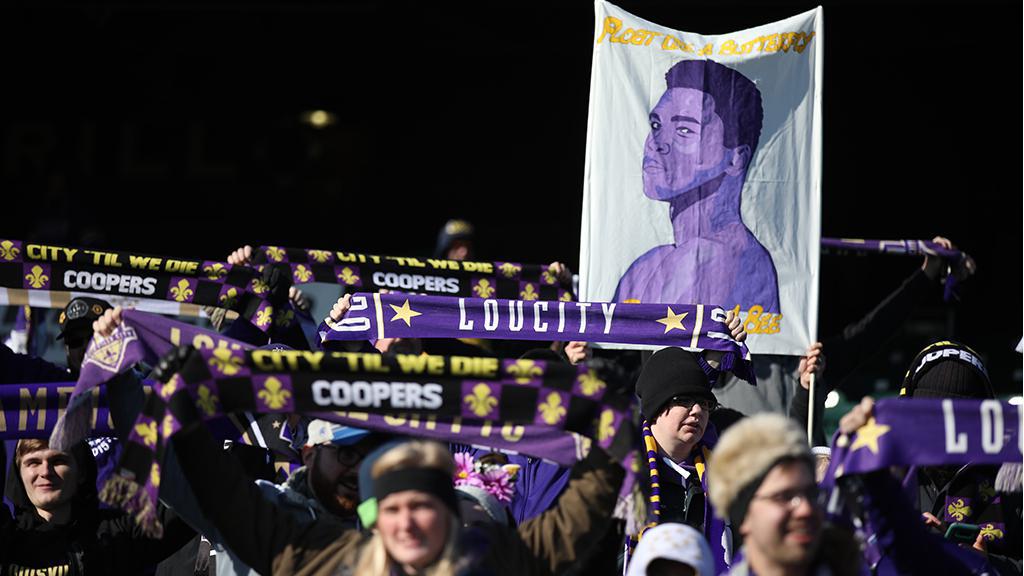 LOUISVILLE, Ky. – The 2019 USL Championship Final officially sold out in 96 minutes on Thursday morning, with tickets for Sunday night’s clash between hosts Louisville City FC and Real Monarchs SLC at Lynn Stadium being quickly snapped up by fans three days before kickoff.

Home to one of the best supporters’ cultures in North America, tickets went on sale in Louisville at 10 a.m. ET with a sellout officially announced at 11:36 a.m. ET. A capacity crowd of more than 7,000 fans will pack into the on-campus venue for a second consecutive season, with many hoping to see LouCity become the first side in the Championship’s history to claim three league titles. The Monarchs, who previously in their history claimed the Championship’s 2017 Regular Season Title, will look to become the first visiting side to earn victory in the Championship Final’s history.

“It’s been incredible to watch the energy build towards Sunday’s final,” said USL President Jake Edwards. “Every year this event gets bigger and bigger and we couldn’t be happier to watch these two great teams face off in one of the United States’ best soccer communities.”

“I’m not surprised at all,” added Louisville City FC President Brad Estes. “This fan base has been nothing short of amazing. We believe we have the best supporters in American soccer, and this is the latest example.”

This is the third consecutive season that Louisville City FC has hosted the USL Championship Final. A season ago at Lynn Stadium, a sellout crowd of 7,025 was on hand to see the side earn a 1-0 victory against a Didier Drogba-led Phoenix Rising FC.

This year, Head Coach John Hackworth’s side – which includes 11 players that played in the Final a year ago – will face the first-time finalist Monarchs, who feature United States U-20 international goalkeeper David Ochoa and the Championship’s all-time regular season assists leader Maikel Chang of Cuba.

This Sunday’s Championship Final will be broadcast in the United States on ESPN2 and ESPN Deportes, with kickoff set for 7:30 p.m. ET.