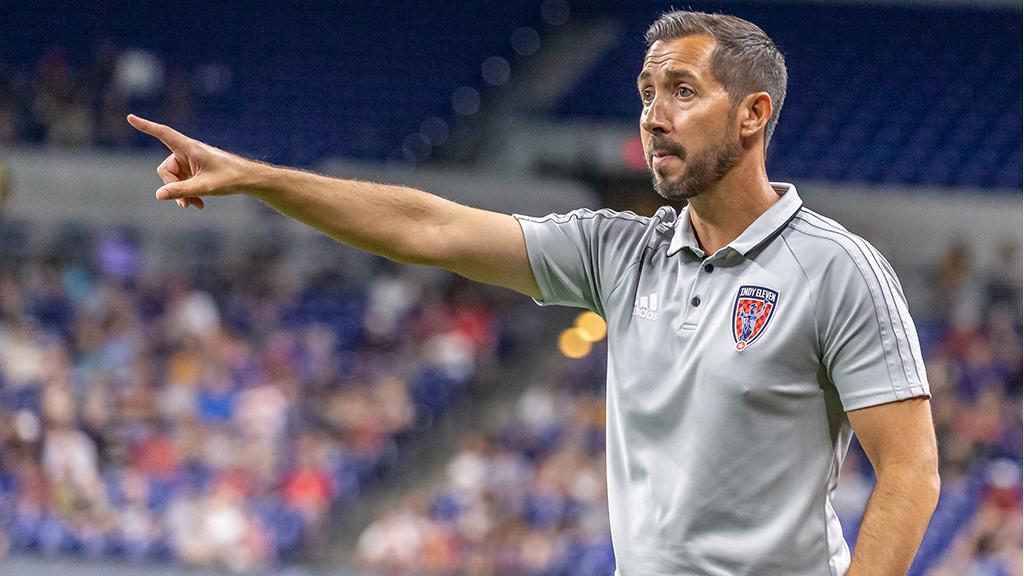 Head Coach Martin Rennie led Indy Eleven to a third-place finish and a berth in the Eastern Conference Final of the 2019 USL Championship Playoffs in his second season at the club. | Photo courtesy Trevor Ruszkowski / Indy Eleven

INDIANAPOLIS – Indy Eleven announced on Thursday that Martin Rennie would continue to lead the club as Head Coach and General Manager in the 2020 USL Championship campaign.

Rennie led Indy to its most successful season in 2019 as the side reached the Eastern Conference Final of the 2019 USL Championship Playoffs while posting the most regular season wins (19), most points (63), most regular season away wins (6) and most goals scored (50) in franchise history.

“It is with great pleasure that we are able to ensure Martin continue to be our head coach for the future,” said Indy Eleven President and CEO Greg Stremlaw. “I have thoroughly enjoyed growing my personal partnership with him not only as a coach, but as someone that now also sits on our Senior Management Team for our organization. His collaboration and work ethic are exemplary, and I am excited to continue to see exceptional 'best in class' results for our club, both on and off the field.”

The 44-year-old Rennie has led the Eleven to an overall record of 32-20-16 in the regular season during his two seasons at the helm, and achieved other landmarks in the club’s history this past season. The side notably claimed its first road postseason victory in the Eastern Conference Semifinals, defeating Nashville SC 1-0 at First Tennessee Park, and currently holds a regular-season home undefeated streak of 25 games going into the 2020 season.

“I am delighted to be continuing as Indy Eleven’s Head Coach and General Manager. The club is moving in a very positive direction and I am honored to be a part of it,” Rennie said.

A United Soccer League and Major League Soccer veteran, Rennie’s 18-year coaching career has seen him lead club’s at every professional level in the United States and a stint overseas in South Korea.