No Love Lost: Velasquez Fired Up to Face Monarchs 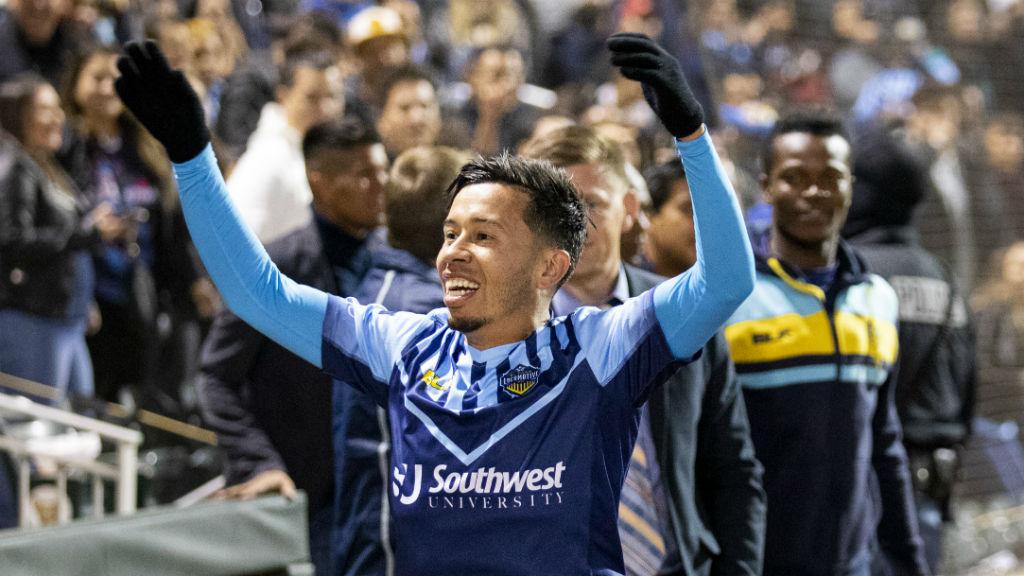 When El Paso Locomotive FC midfielder Sebastian Velasquez steps out onto the field at Zions Bank Stadium for the Western Conference Final against Real Monarchs SLC on Saturday afternoon, he’ll feel very much at home.

After all, Velasquez started his professional career in Utah with Real Salt Lake, spending three years with the Major League Soccer club before rejoining the organization in 2017 for a two-season stint with the Monarchs in the Championship.

The 28-year-old played the full 90 minutes in the Monarchs’ first game at Zions Bank Stadium, a 0-0 draw against Las Vegas Lights FC on April 30, 2018, and recorded two goals and three assists in 12 appearances at the venue over the remainder of his tenure with the club.

“Just really excited,” Velasquez said of his emotions about visiting his former club for the first time. “It’s such a great opportunity. I’m very familiar with the guys up there, I know it’s going to be a great match. The Monarchs are a great team, they have a great philosophy of football and hopefully they’ll have Zions Bank Stadium filled out for the game. It should be a great matchup.”

If the two regular-season contests between the sides are any indication, Saturday’s showdown for a spot in the USL Championship Final should certainly be close. Locomotive FC and the Monarchs battled to a pair of scoreless draws, with Velasquez only taking part in the second matchup on July 20 at Southwest University Park after joining the Texas club from Korean side Suwon FC earlier in the month. 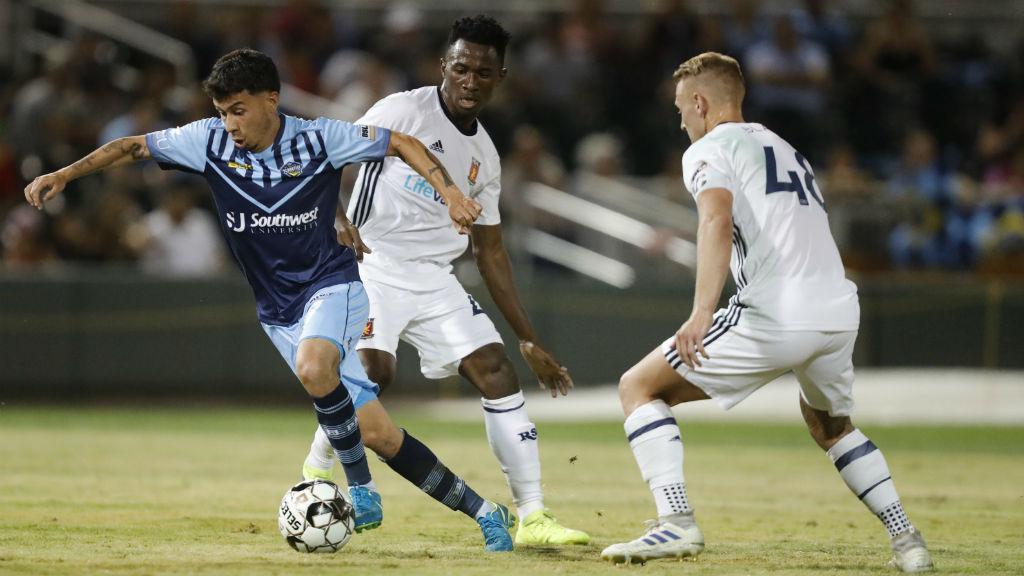 Roughly two weeks after that matchup, the El Paso community was struck by tragedy as 22 people were killed and another 24 were injured in a mass shooting at a Wal-Mart. Despite being new to the community, Velasquez joined his teammates in numerous hands-on relief efforts and spearheaded a social media campaign that raised nearly $35,000 for the El Paso Fusion, a U-12 Girls team that had been fundraising outside of the store when the shooting occurred.

“I’ve met a lot of great people throughout MLS when I was in the league, I know a lot of great guys throughout the USL as well, so I knew people would just get involved to help,” said Velasquez. “Basically, I was just that bridge to bring the soccer community together to help these young ladies and coaches and it just blew up and we were able to raise money for these victims and in a way it kind of helped me get connected to the community that I just arrived to.”

Now, after just four months, El Paso is officially home to Velasquez and his family. The Colombian recently put down roots in the border town and plans to call the city home no matter where his career may take him next in the future.

“When you see people in grocery stores and places around [town], they’re very nice, very helpful,” said Velasquez. “Just that very Spanish culture where people just really put a face on each other and kind of just create relationships all around the city wherever you go. We’ve really enjoyed it.”

Above all, Velasquez is proud of the bond that first-year Locomotive FC has created within the community and its soccer-loving fan base.

“People are very engaged to the team,” he said. “You see the crowds at the games, they’re very critical, they put a lot of pressure on the players as well. They always want to win, they want great football and so that kind of keeps us as players on our toes, it keeps us very sharp, it keeps us trying to live up to their expectations.”

Velasquez probably won’t need any additional motivation on Saturday, as he hopes to show his old organization what they’re missing out on after deciding not to promote him back to RSL after the end of the 2018 season.

“Obviously, I was very disappointed, I was very upset because everyone knew that I was the best player on that team, and I don’t say it with any hesitation,” Velasquez said. “Every time you ever watched a game with the Monarchs a lot of people would be talking about Sebastian this, Sebastian that, the creativity, the form he’s in. And then when RSL was signing players they would sign other players. Obviously, I think they deserved their opportunities as well, maybe those positions needed to be filled which is great for them, but at the end of the day I was thinking that I was going to get another opportunity to go back to MLS, get back on the first team and that’s kind of how I was sold to get back to the Monarchs in the first place. And it just never happened.

“So, in my mind, that’s kind of all fuel for me to come out and perform well and have a great match and create chances and score my goals that will hopefully take us to the Final.”

While no expansion side has reached the USL Championship Final since the Swope Park Rangers in the 2016 campaign, Velasquez believes his side is plenty capable of matching that accomplishment – and even becoming the first expansion side to win the title since Sacramento Republic FC in 2014 – given the veteran leadership in the squad.

“This a team with a lot of experience,” Velasquez said. “It was more just about bringing guys together, making it gel and I think when I came to the team I kind of brought the last piece that the team needed to be successful and it just seems like it all fit.

“So far we’re on a great run and we have a huge chance to make it to the USL Championship Final if we beat the Monarchs on Saturday.”