Meet the Last Man Standing in the Championship’s Bracket Challenge 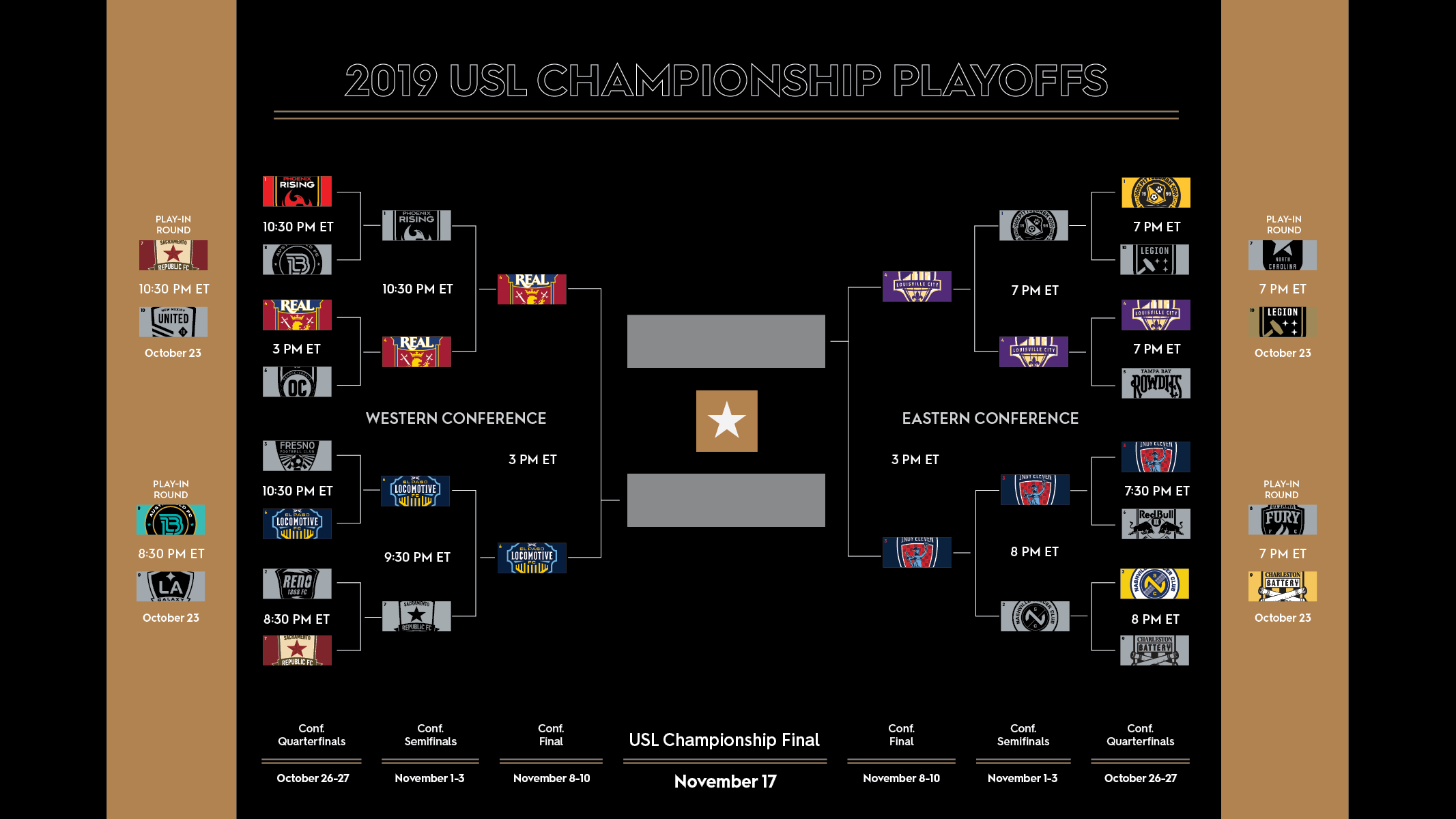 Heading into last weekend, only six of the almost 1,000 entries in the 2019 USL Championship Playoffs Bracket Challenge remained perfect.

After Friday night’s 2-1 victory by Western Conference No. 4-seed Real Monarchs SLC against No. 1-seed Phoenix Rising FC, though, we were down to one.

Meet Louisville City FC fan Pete Steilberg, who saw the Monarchs’ upset coming and correctly predicted the remaining three games of the weekend to come within just three results of a perfect bracket.

His selection of LouCity to defeat the Monarchs on Sunday, November 17, was one of just four entries with that matchup in the USL Championship Final.

So, anyway, why the Monarchs?

“Phoenix had a great year, but it does seem to me – and I do watch a lot – in the playoffs [it’s] the teams that are hot at the end of the year, and the Monarchs ended so strong, maybe they’re going to pull that off,” said Steilberg by phone. “That’s how I got with Salt Lake there, because they ended the season so strong.” 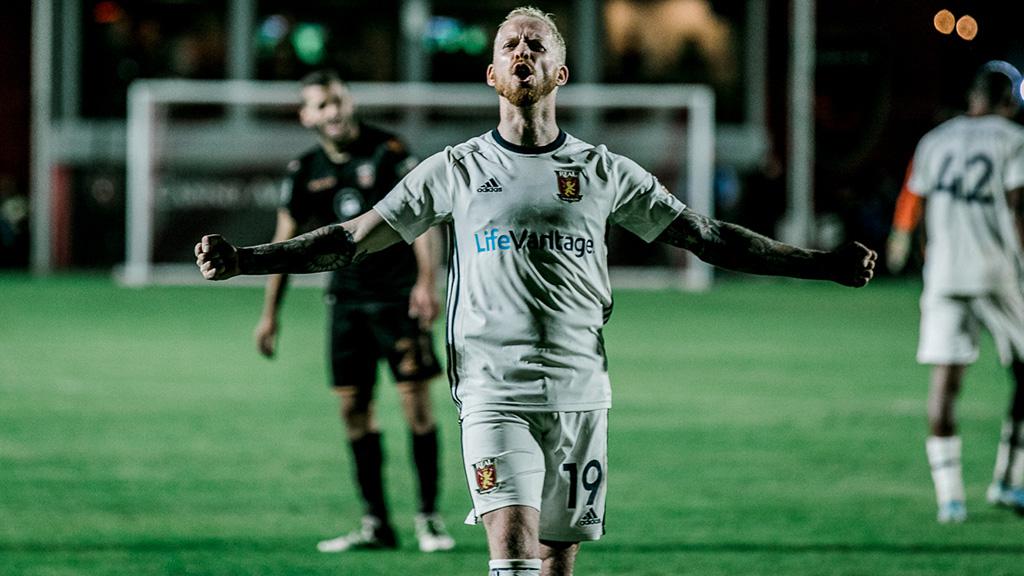 So, how does someone who hadn’t really watched much soccer until he went to his first LouCity game in 2016 end up here? Well, the Championship has become a fixture in Steilberg’s schedule thanks to another of his weekly routines.

“I’m in my 50s, I’ve got to stay in shape, so I have a little exercise routine that lasts about 40 minutes,” he said. “A lot of times through the week, I have ESPN+ and what I’ll watch while I’m doing my exercises are replays of all the other teams, the big matchups. I watch the Eastern Conference a little more than the West, because Louisville is in the East of course, but it’s the backdrop for when I do my exercises. I do watch a lot.”

Steilberg can be found regularly at Louisville’s home games, too, with the success of the team, the arrival of the club’s new Butchertown stadium in 2020 and the addition of a National Women’s Soccer League franchise for the 2021 season only adding to the presence the club has built in the city and its surrounding region.

“It’s been exciting to be part of that, it’s truly a phenomenon,” said Steilberg. “With the announcement recently with the women’s team coming, there’s really a lot of energy and excitement about that.”

Steilberg’s picks obviously went against the consensus within the bracket pool. Of the 965 total entries, the most popular Championship Final selection pitted Phoenix Rising FC and Nashville SC, with 18.7 percent of the entries having that as the final.

Louisville’s postseason success was one of the reasons why Steilberg picked his club to advance, however, even though it meant coming out of a group at the top of the Eastern Conference where two of the top three seeds had gone undefeated at home this season.

“I thought the top four teams in the East were all really strong and to go up there and beat Pittsburgh, which hasn’t been beat at home since May of last year, that was no easy task,” said Steilberg. “My pick there was just trusting Louisville, these guys had done it before and if anybody could pull that off then they’re the ones.” 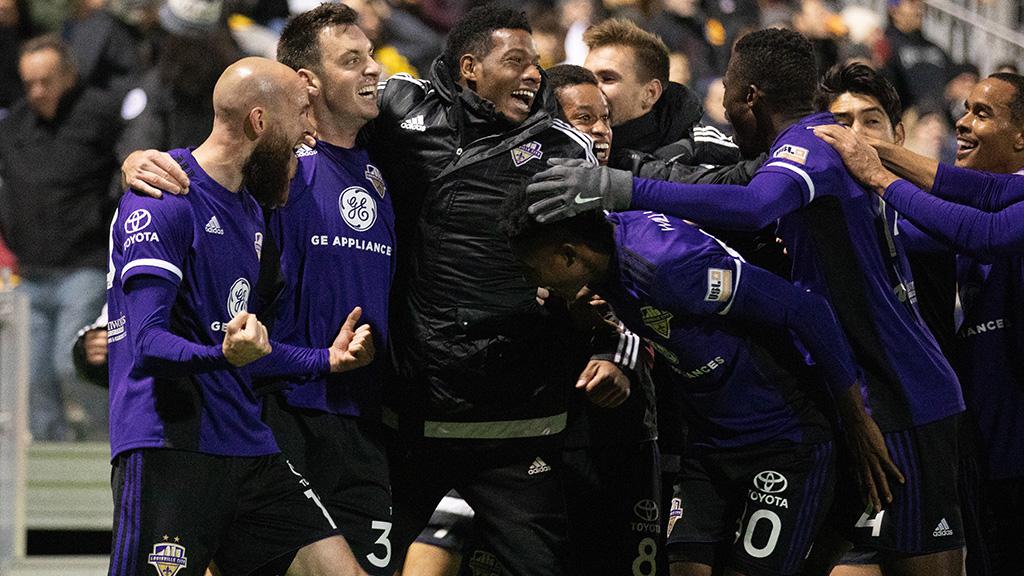 As for this Saturday’s Eastern Conference Final matchup against Indy Eleven, Steilberg thinks his side’s postseason heroes will come through again, although there’s one player in the Eleven’s squad that he thinks LouCity is going to have to keep a very close eye on.

“You know, Brian Ownby’s been Mr. Playoffs, Luke Spencer’s been kind of making a claim to that as well, players that have been really important like [Paolo] DelPiccolo, he’s been so important to come off the bench,” said Steilberg. “Like last week, to pull people like Brian Ownby off the bench last week, that’s a stout bunch there.

“Defensively, we’re going to have our hands full with [Indy’s Tyler] Pasher. Every time I see him, everyone that plays him, he’s a handful, so I think that’ll be a key matchup going the other way.”

But if everything plays out the way Steilberg envisions, then LouCity will be hosting (and winning) the Championship Final for a third consecutive season.

“Three in a row,” he said. “That would just be extraordinary.”