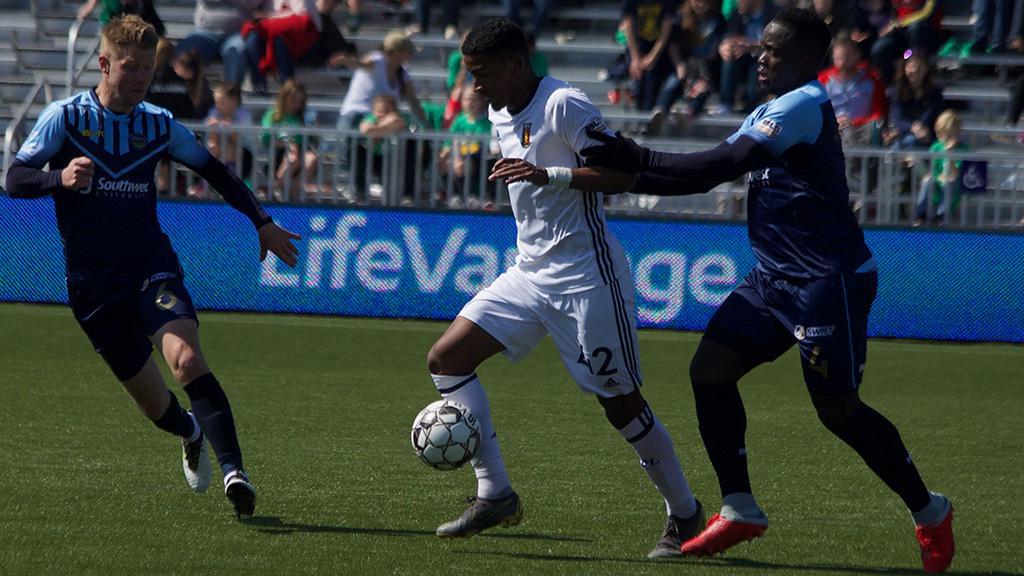 Real Monarchs SLC and El Paso Locomotive FC will square off in the Western Conference Final for the right to earn their first trip to the 2019 USL Championship Final. | Photo courtesy Real Monarchs SLC

HERRIMAN, Utah – A first trip to the USL Championship Final is on the line when No. 4 seed Real Monarchs SLC hosts No. 6 seed El Paso Locomotive FC in the Western Conference Final of the 2019 USL Championship Playoffs at Zions Bank Stadium on Saturday afternoon. Kickoff is scheduled for 3 p.m. ET.

After recording the biggest upset of the postseason so far in defeating top seed Phoenix Rising FC last Friday night, @RealMonarchs return to a venue that has provided one of the biggest homefield advantages in the Championship since it opened in Zions Bank Stadium. The Monarchs have posted the most wins on home turf in the Championship since its inaugural contest on April 30, 2018, going 24-5-6 in that span, one more win than Phoenix Rising FC and three more than fellow Conference Finalist Indy Eleven, with a +46-goal differential. After rattling off six goals in its first home playoff victory two weeks ago against Orange County SC, Real will be hoping for something similar to earn a place in the Championship Final.

@EPLocomotiveFC, however, will be able to take positives from its only previous trip to Utah earlier this season as it looks to become the lowest seed to advance to the Championship Final from the Western Conference since the league split into two conferences in 2015. Locomotive FC played to a 0-0 draw with the Monarchs on March 16, though the hosts were were reduced to 10 men for most of the match after Kalen Ryden was sent off in the 32nd minute. The man-advantage saw Locomotive FC outshoot the Monarchs 17-4, but a standout nine-save shutout by United States U-20 National Team goalkeeper David Ochoa ensured the game remained deadlocked. After securing a 3-0 victory against Sacramento Republic FC this past Saturday, Locomotive FC will be hoping former Monarchs standout Sebastian Velasquez can lead the expansion side to a historic win.

19 – El Paso Locomotive FC has conceded 19 goals in 18 away games across the 2019 regular season and playoffs, the fewest of any side in the Western Conference.