Which Team is the New Favorite to Win the USL Championship Final?

After a weekend where road teams earned three wins, fivethirtyeight.com gets a ranking shake-up 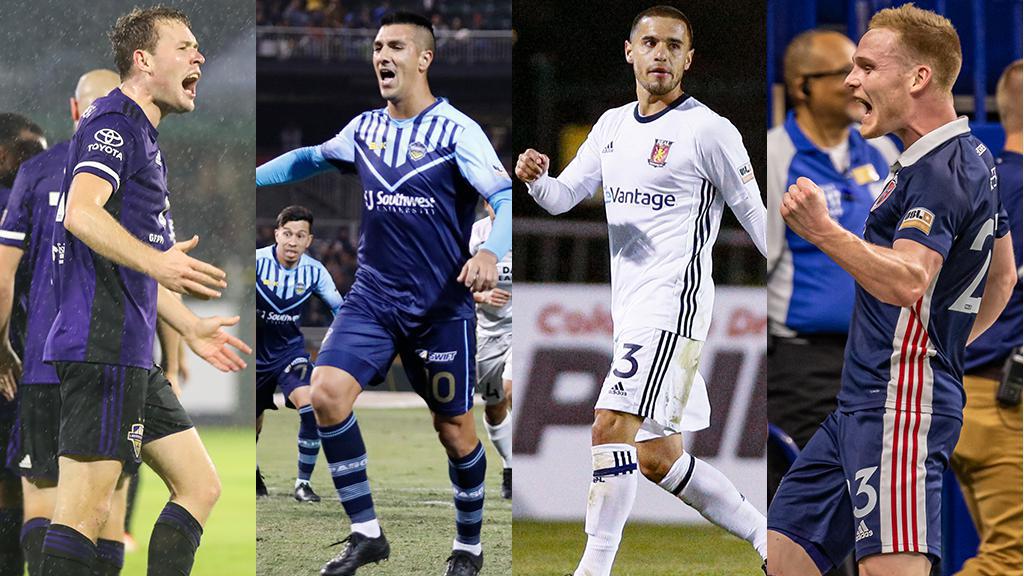 We're down to the final four teams with a chance at lifting the 2019 USL Championship Final trophy with Louisville City FC, El Paso Locomotive FC, Real Monarchs SLC and Indy Eleven all in contention.

After a weekend in which the top three favorites to claim the USL Championship Final in fivethirtyeight.com’s projections all had their title dreams dashed, the predictive website is now seeing a three-horse race for the title, with no side sitting at better than a 40-percent chance to lift the trophy on Sunday, November 17.

Leading the way is Indy Eleven at 36 percent, which is now in position to host the USL Championship Final after its 1-0 victory against Nashville SC on Saturday night at First Tennessee Park. A 26-percent chance pregame to take victory, Indy is a 58-percent chance to advance to the Championship Final on Saturday afternoon as it hosts Louisville City FC at Mike A. Carroll Stadium.

Defending champion LouCity, meanwhile, sits at 28 percent after its comeback 2-1 victory in extra time against Eastern Conference top seed Pittsburgh Riverhounds SC that saw Paolo DelPiccolo’s second goal of the season move his side one step closer to a third consecutive title and into a fifth consecutive Eastern Conference Final. Louisville holds second-rights to hosting the Championship Final after ending the regular season on 60 points, four points more than Real Monarchs SLC.

The Monarchs, meanwhile, come in at a 27-percent chance after unseating Regular Season Title-winner Phoenix Rising FC on Friday night in a thrilling 2-1 game at Casino Arizona Field. Rising FC had entered the contest as a 39-percent chance to claim the title, but goals by Jack Blake and Maikel Chang earned Real its first trip to the Western Conference Final, where it is a 69-percent chance to advance past El Paso Locomotive FC on Saturday at Zions Bank Stadium.

First-year side Locomotive FC is the relative outsider of the four remaining sides at nine percent, with two tough road games ahead of it if it’s to become the first expansion side to claim the title since Sacramento Republic FC in 2014. After eliminating Republic FC 3-0 on its home turf last Saturday night, however, the odds may be against Head Coach Mark Lowry’s side, but in a postseason that has proven anything but predictable El Paso will still fancy its chances at springing a road surprise.