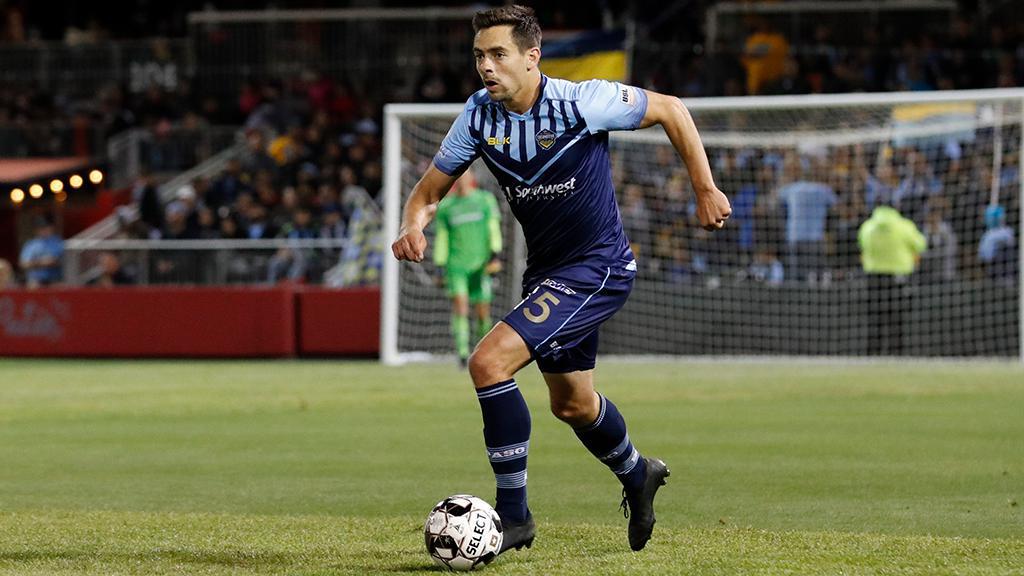 Back in 2016, Sacramento Republic FC hadn’t won in a month when it headed to face OKC Energy FC at Taft Stadium. Kiffe’s goal in the 83rd minute broke the deadlock in that contest and made the trip a financially rewarding one for him and his teammates.

“That was to break a nice little losing streak we had going,” said Kiffe. “The more important thing is that we had a big bonus for winning that game, because we were struggling so much. Warren [Smith, now of USL San Diego] our GM at the time had a nice little bonus for us. I remember that one pretty well.”

Kiffe’s second professional goal, though, might end up holding a little more meaning for a broader audience. Arriving last Saturday night, 1,181 days after the first, his equalizer against Fresno FC in the Western Conference Quarterfinals of the 2019 USL Championship Playoffs sparked a late comeback for a 3-2 win that sent the first-year side through to a clash with Kiffe’s former team in the Western Conference Semifinals.

The strike – just the third goal Locomotive FC had scored from outside the penalty area this season – was another positive moment for Kiffe, who has bounced back from an injury-hit 2018 campaign split between Reno 1868 FC and the Charlotte Independence to become one of the central figures in El Paso’s inaugural season. In addition to his goal against Fresno, Kiffe has posted seven assists, 42 key passes and 31 interceptions across his 32 starts for Head Coach Mark Lowry’s side.

Now in his sixth season in the Championship after joining Republic FC midway through its title-winning inaugural season in 2014 from USL League Two’s Ventura County Fusion, the year has been an exciting one for the 30-year-old as he gets to experience an expansion campaign in full for the first time.

“Inaugural seasons are fun,” said Kiffe. “I got to catch the tail-end of Sacramento’s inaugural season – I wasn’t there the whole time – so it’s fun going through the growing pains of it. I don’t know if you’ve talked to Mark, but I’ve had my complaints about stuff this season and it’s typical of any first-year team, stuff just kind of gets better as you go and the coaching staff has done a really good job of doing its best to get guys comfortable and in the right positions to be successful.”

That has meant, especially recently, giving Kiffe the chance to become more active in the attacking third. Since the start of the second half of the regular season, Kiffe has recorded five of his seven assists, 29 of his 42 chances created and registered more than half his passes (115 of 197) into the penalty area. As a player that stood out for his attacking abilities in the past – earning All-League Second Team honors in 2017 – the opportunity to be a two-way player is one Kiffe loves to take on.

“Yeah, that’s why I play the game, so I can attack,” he said. “I’ve learned how to defend, but I’m definitely an attack-first outside back. If I was just sitting back and defending, I wouldn’t be playing this game. That’s not the fun part of it to me, but I think being a complete player and impacting the game both offensively and defensively is something I take pride in. I want to be on the end of getting a clean sheet and I want to be on the stat line every game and I have that expectation of myself.” 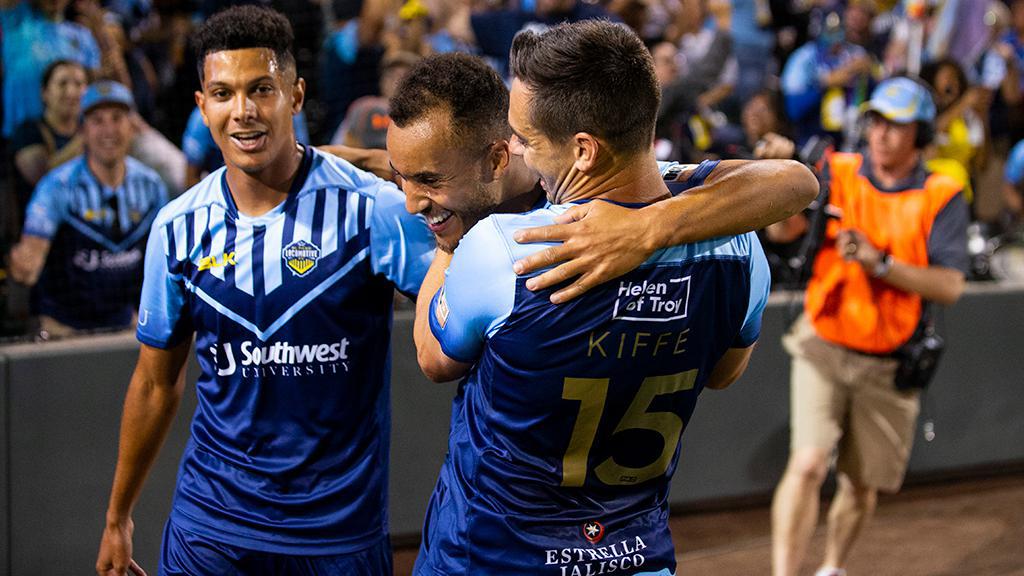 Kiffe is certainly grateful to Lowry for giving him the chance to jump aboard at Locomotive FC and for the on-field approach the young English manager brings at this point in his career. Lowry is the fifth Head Coach Kiffe has played for now in the Championship over his six seasons and feels like an ideal fit for bringing the best out of the veteran.

“You’ve got the guys like Preki, who I played for in 2014, who when you mess up and at least for me, if I mess up, he’s in my ear,” said Kiffe. “Then you have the Marks who are less going to get on you and more find ways to get the best out of you, usually through being more on the positive side. I think there are times in your career when you want both kinds of coaches, but I think Mark’s done a really good job of creating an atmosphere where everyone gets along pretty well.”

The atmosphere Locomotive FC has created in El Paso this year has also been a big plus for Kiffe, who alongside his teammates will get to play one final game this year at Southwest University Park on Saturday night.

After playing in front of packed houses for Republic FC at the start of his career – and still having good memories of his time and the fans in California’s capital – Kiffe continues to embrace what having a passionate base of supporters means for a club.

“USL soccer is pretty cool because it seems like you can really bring a community together,” said Kiffe. “The fans have been great. After a game where I was really frustrated, I walked out of the locker room and a couple of fans asked me to go out for a drink and I got to spend a little time with 8th Notch, our supporters’ group. It’s a really interesting dynamic of professional athletes sometimes. Fans care so much, all over the board, not just the USL but all sports, and I think it’s really important for the players to see how much the fans care and really understand that.