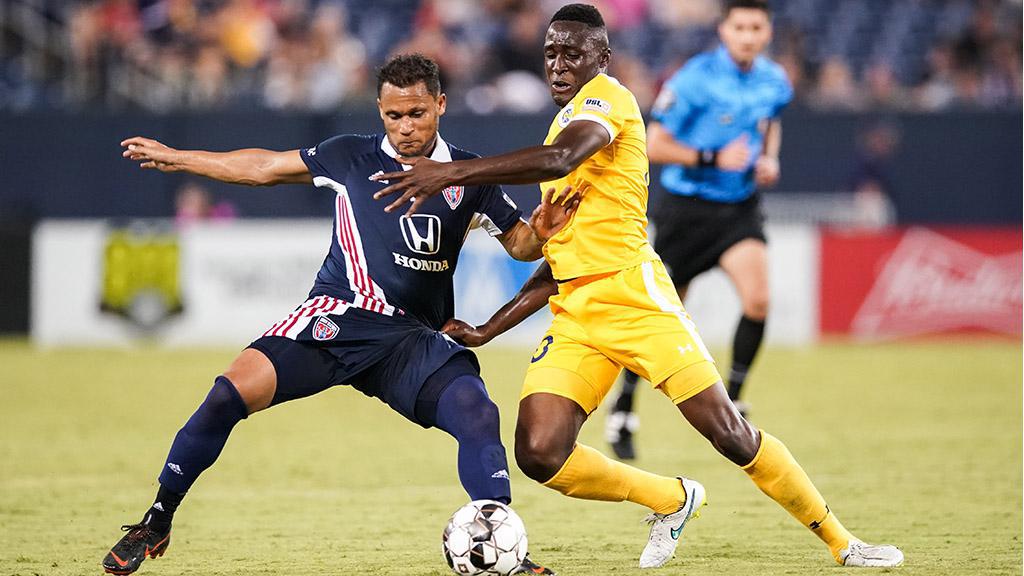 Nashville SC has recorded shutouts in each of its previous two meetings with Indy Eleven, including in a 2-0 win at Nissan Stadium. | Photo courtesy Lucy Gonzalez / Nashville SC

NASHVILLE, Tenn. – Two clubs coming off their first playoff victories in the USL Championship will square off when No. 2 seed Nashville SC hosts No. 3 seed Indy Eleven in the Eastern Conference Semifinals of the 2019 USL Championship Playoffs on Saturday night at First Tennessee Park. Kickoff is scheduled for 8 p.m. ET.

Behind goals from attacking standouts Lebo Moloto and Daniel Rios, @NashvilleSC took a comfortable 3-1 victory against the No. 9 seed Charleston Battery last Saturday night, while the night was capped by Derrick Jones’ first goal for the Boys in Gold. Nashville is now undefeated in its last seven outings at home and will take added confidence from its last meeting with the Eleven in which it took a 2-0 victory at Nissan Stadium thanks to goals by Rios and Alan Winn. Having only conceded multiple goals twice so far this season on home turf, NSC’s stellar defense has provided the backbone for a side looking to lift its first silverware this campaign.

@IndyEleven will be hoping to end those dreams after it battled past the last side to defeat Nashville on its home turf in the Eastern Conference Quarterfinals. A lone goal by Karl Ouimette proved enough for the Eleven to edge out the No. 6 seed New York Red Bulls II last Saturday night as the Eleven’s outstanding home defensive record came through once again for the side at Michael A. Carroll Stadium. Indy will have to solve Nashville’s defense if it is to advance to the Eastern Conference Final, however, having been held scoreless in each of the meetings between the teams this season. Indy could look to its last trip to First Tennessee Park for inspiration, however, as it took a 2-0 victory that included Ouimette among the scorers when it visited on June 26, 2018 before this year’s clash at Nissan Stadium.

219 – Nashville has recorded 219 successful crosses and corner kicks this season, the most of any team in the Championship.

302 – Indy’s Tyler Pasher (152) and Dane Kelly (150) have recorded 302 touches in opposing penalty areas this season, the only two teammates this season to register at least 150 apiece.