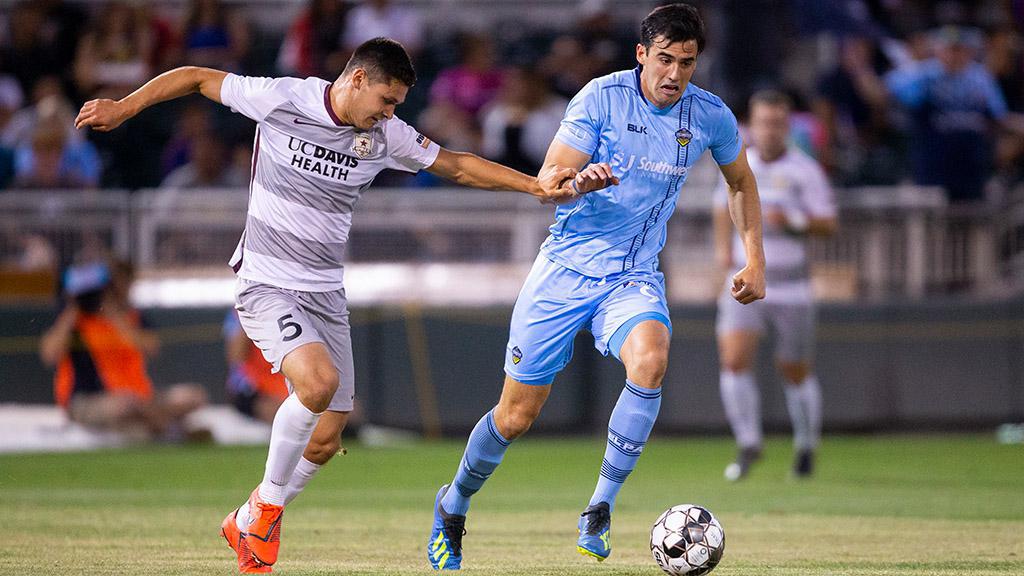 EL PASO, Texas – El Paso Locomotive FC will host its first playoff contest as the No. 6 seed welcomes No. 7 seed Sacramento Republic FC to Southwest University Park for the Western Conference Semifinals of the 2019 USL Championship Playoffs on Saturday night. Kickoff is scheduled for 9:30 p.m. ET.

@EPLocomotiveFC earned a dramatic victory in its first postseason game in club history, rallying from a goal down with 15 minutes to go to take a 3-2 win against No. 3 seed Fresno FC behind goals from James Kiffe and Sebastian Velasquez. The lone remaining expansion side alive in the postseason of the four that qualified, El Paso will now look to carry on in front of its passionate home support as it looks to follow in the footsteps of six other clubs that took victory in their first home postseason contest during their inaugural seasons and earn a place in the Western Conference Final.

@SacRepublicFC was one of the expansion sides to earn a home playoff victory at the first attempt in its inaugural season back in 2014, but now it is looking to end another inaugural campaign after taking a big road victory against rival Reno 1868 FC last Saturday at Greater Nevada Field. Goals by Cameron Iwasa and Thomas Enevoldsen – their 17th and 15th respectively of the season – lifted Republic FC into the Conference Quarterfinals for the second time in the past three seasons. After defeating first-year side New Mexico United in the Play-In Round, Sacramento will be looking to avoid a repeat of the 3-1 defeat it suffered when it visited El Paso for the first time on May 18.

3 – James Kiffe’s goal for Locomotive FC against Fresno was only the third scored by the team from beyond the penalty area this season, the fewest in the Championship overall.

137 – Republic FC’s Sam Werner has recorded 137 crosses from open play this season, third-most of any player in the Championship.