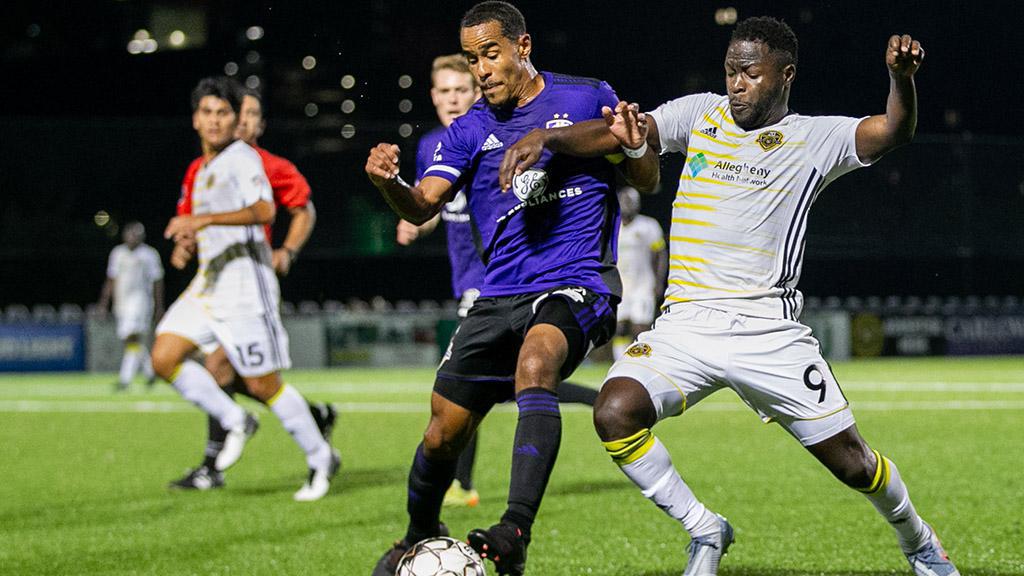 PITTSBURGH – After a dominant victory to open its playoff campaign, No. 1 seed Pittsburgh Riverhounds SC will face the challenge of hosting the defending title-holder when No. 4 seed Louisville City FC visits Highmark Stadium on Saturday night for the Eastern Conference Semifinals of the 2019 USL Championship Playoffs. Kickoff is scheduled for 7 p.m. ET.

@RiverhoundsSC claimed its first postseason victory at Highmark Stadium in emphatic fashion as Jamaican forward Neco Brett scored four times in a 7-0 victory against No. 10 seed Birmingham Legion FC last Saturday night. Brett’s four-goal game was the second in USL Championship Playoffs history after Dom Dwyer’s performance in the 2013 USL Championship Final and came in front of a record crowd at Highmark of 5,627 fans. Pittsburgh will now square up to face Louisville, against which it took four points from two contests during the regular season, recording shutouts in both games. Pittsburgh is undefeated in its last four outings against Louisville overall, turning the tide in the series between the clubs that had previously seen LouCity hold the upper hand.

@LouCityFC earned its fifth consecutive trip to the Conference Semifinals with a 2-1 victory against the No. 5 seed Tampa Bay Rowdies as two goals 76 seconds apart by Magnus Rasmussen decided the tie at Slugger Field. The win was Louisville’s 12th consecutive home victory in the postseason, but now it faces the challenge of winning the first road playoff game in the club’s history. LouCity has only been the visitor twice previously in the postseason, having lost on the road to a pair of No. 1 seeds in the Eastern Conference Final in 2015 (Rochester Rhinos) and 2016 (New York Red Bulls II). As this year’s squad goes for the #TripleCrown, it will need to earn back-to-back road wins this postseason to return to the USL Championship Final for a third successive year as the lowest remaining seed in the Eastern bracket.

0.18 – Over his last 11 appearances, Riverhounds SC goalkeeper Kyle Morton has recorded a goals-against average of 0.18 and nine shutouts on a 90 percent save percentage.

11.2 – Louisville City FC’s shot conversion rate away from home of 11.2 percent ranked 27th in the Championship.