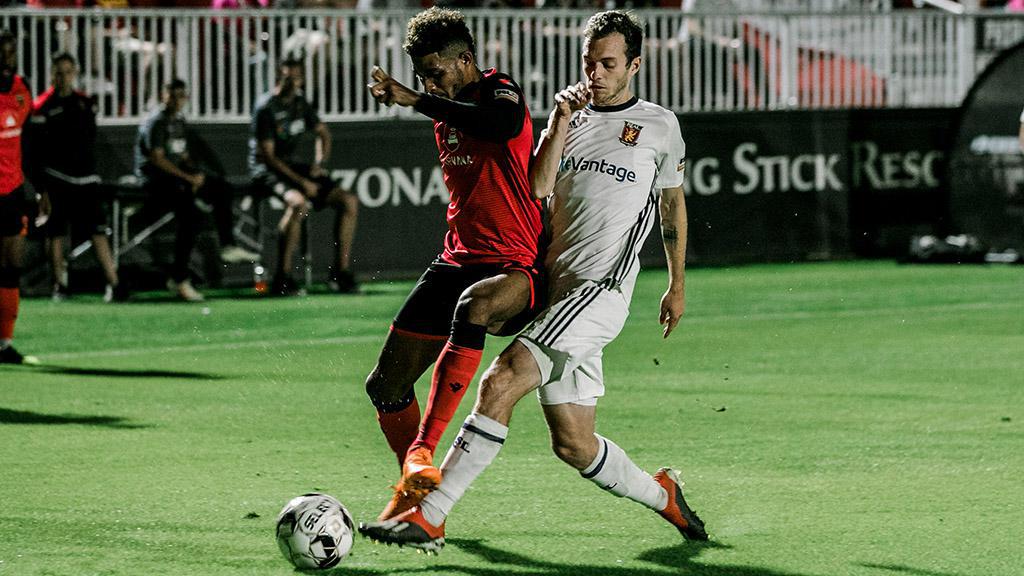 PHOENIX – Having come through a penalty shootout to open the postseason, No. 1 seed Phoenix Rising FC will square off with the only side to defeat it on its home turf during the regular season when it faces No. 4 seed Real Monarchs SLC in the Western Conference Semifinals of the 2019 USL Championship Playoffs at Casino Arizona Field on Friday night. Kickoff is scheduled for 10:30 p.m. ET.

@PHXRisingFC was fully extended by No. 8 seed Austin Bold FC this past Saturday night as it was held scoreless by the visitors and needed a pair of clutch saves by goalkeeper Zac Lubin to keep the game tied through 120 minutes of regulation and extra time. Despite entering the shootout without their two leading scorers after Solomon Asante and Adam Jahn were both substituted in extra time, Rising FC’s players came through from the spot, with A.J. Cochran scoring the decisive goal in the ninth round of a nail-biting duel that gave Phoenix an 8-7 victory before a sellout crowd of 7,607 fans at Casino Arizona Field.

By contrast, @RealMonarchs had little difficulty in securing their first postseason victory in club history as they swept to a 6-2 win against No. 5 seed Orange County SC at Zions Bank Stadium. A pair of goals by Jack Blake, one goal and three assists from Tate Schmitt and a goal and two assists by Maikel Chang saw the Monarchs safely through to the Conference Semifinals. Now, they will be hoping to replicate their last visit to Casino Arizona Field, when they took a 2-1 victory on a goal in second-half stoppage time by Kyle Coffee. The win continued a solid track record for Real in Phoenix, where the side also claimed victory in 2018 and is 4-3-1 overall since the sides first met in 2015.

58 – Solomon Asante has recorded 58 shots from outside the penalty area in the 2019 season, the most of any player in the Championship.

17 – Douglas Martinez has scored 17 goals this season, the most of any player in the Western Conference to not have taken a penalty kick.