After helping keep Austin Bold FC off the scoreboard for 120 minutes at Casino Arizona Field on Saturday night, you could have forgiven Phoenix Rising FC defender AJ Cochran for thinking his night was over.

The center back, who had failed to convert the decisive fifth penalty kick in his side’s Lamar Hunt U.S. Open Cup defeat to New Mexico United back in May, was slated to shoot ninth in the impending penalty shootout this time around. And after Rising FC goalkeeper Zac Lubin stopped Thomas de Villardi’s effort in the top of the second round, it was starting to look like the defender’s services wouldn’t be needed.

But two rounds later, Bold FC goalkeeper Diego Restrepo kept out Kevon Lambert’s attempt from 12 yards to level the proceedings and the two sides held their nerve – or got a bit of luck in Ben Spencer’s case as the Phoenix forward saw his fifth-round effort somehow find a way through Restrepo – until the ninth round.

It was then that the tide swung in the hosts’ favor, with Lubin diving low to his right to keep out Jermaine Taylor’s effort in front of a raucous supporters’ section and set the stage for Cochran to sweep home a left-footed shot to send Rising FC into the Western Conference Semifinals.

“My emotions are at an all-time high,” said Cochran after the 0-0 (8-7) victory. “I know earlier in the season I missed the fifth PK vs. New Mexico to get us knocked out of the Open Cup and I was hoping for the opportunity to redeem myself.

“We have got a 'never die' mentality on this team and we kept zeros and fought all the way through. Zac made two unbelievable saves during PKs and just gave me the opportunity at the ninth PK to go up there and do my job and I was just happy to be able to put it away.” 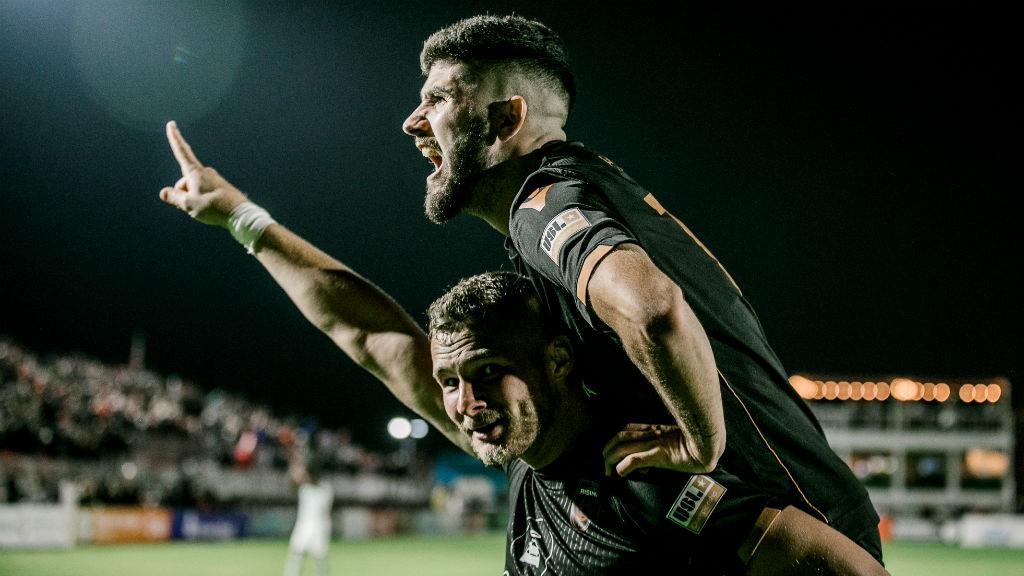 Penalty shootouts haven’t been kind to Rising FC since the team’s rebrand in 2017. It was knocked out of the 2018 Open Cup by Sporting Arizona FC (5-4) and the 2017 USL Championship Playoffs by the Swope Park Rangers (4-2) in addition to the 2-2 (4-3) defeat to New Mexico earlier this year.

That track record, combined with what he had seen during practice sessions recently, may have been why Phoenix Head Coach Rick Schantz was looking up to the heavens as his guys stepped up to the spot.

“Ironically, we worked on penalties for the last two weeks,” said Schantz. “We've been awful in training and I told the guys, we got in a huddle, and I said ‘Stay confident. Believe in yourselves. We're here for a reason.’ They all stepped up to the pressure, that's why I like these guys.”

No. 1 seed Rising FC will host No. 4 seed Real Monarchs SLC in the Western Conference Semifinals on Friday night in a rematch of Phoenix’s penultimate home game in the regular season, won 2-1 by the Monarchs to spoil the hosts’ unbeaten record at Casino Arizona Field.

Cochran expects Real and others will try to follow Austin’s blueprint of slowing down Phoenix’s transition attack and hoping to nick a goal on the counter or get the game to penalties, but he expects his side will be up for the challenge once again.

“We're going to get better; we've got a whole week to work on that and continue to build. We're just happy to be going on to the next round. Like I said, this team has a 'never die' mentality and we're going to go and put some work in this week and get our bodies healthy and be ready for Friday.”