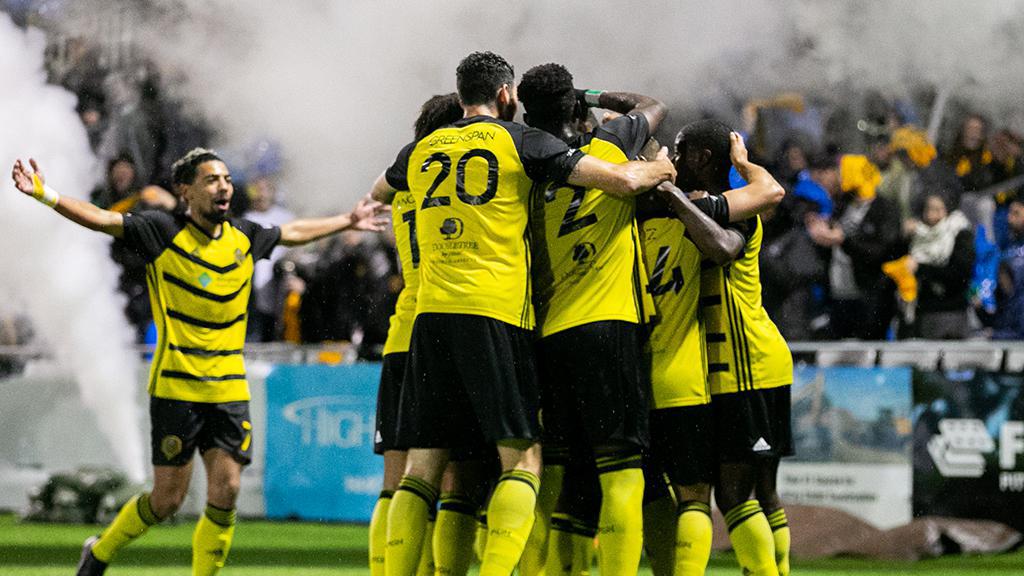 Pittsburgh Riverhounds SC’s emphatic 7-0 home victory on Saturday night against Birmingham Legion FC gave the side the biggest bump in fivethirtyeight.com’s playoff projections, making the Hounds the clear favorite to advance from the Eastern Conference after this weekend’s Conference Quarterfinals.

The Hounds are now a 22 percent chance to win the USL Championship Final and a 43 percent chance to claim the Eastern Conference, an increase of six and 10 percent respectively from before the postseason began.

Phoenix Rising FC remains the favorite to lift the trophy after the USL Championship Final at 39 percent, but it’s penalty shootout escape against Austin Bold FC only raised its chances by four percent in the eyes of the computer projection as it gets ready to host Real Monarchs SLC.

Pittsburgh is now on a 12-game undefeated streak overall, but its attacking prowess was again highlighted in its demolition of Legion FC. Saturday’s contest marked the first time in USL Championship Playoffs history that a side recorded five goals in the first half of a contest, while Neco Brett’s four goals tied Dom Dwyer’s mark for the most goals by an individual player in a postseason contest.

“We did a really good job of keeping the hammer down,” said Hounds Head Coach Bob Lilley. “At 2-0 or 3-0 that game is not done. We played a really, really strong first half where we're up 5-0 at halftime, and then we kind of know ‘Ok, as long as we don't do anything stupid and we show up the first 15 minutes of the second, we should be able to run this thing out.’”

Nashville SC sits as the third most likely side to take victory in the USL Championship Final at 19 percent after it put in a solid home display against the Charleston Battery, and sits alongside Phoenix as the side with the highest odds of reaching the Conference Final, with fivethirtyeight.com giving it a 74 percent chance of defeating Indy Eleven this Saturday night.

By contrast, the clash between the two sides to upset the odds in the Western Conference Quarterfinals – No. 6 seed El Paso Locomotive FC and No. 7 seed Sacramento Republic FC – will square off in what’s projected to be the tightest contest in this weekend’s action, with El Paso a narrow 58 percent favorite on its home turf at Southwest University Park.