FRESNO, Calif. – Two goals in the final 15 minutes lifted No. 6 seed El Paso Locomotive FC to a 3-2 victory against No. 3 seed Fresno FC to continue the club’s remarkable inaugural season as it advanced to the Western Conference Semifinals of the 2019 USL Championship Playoffs at Chukchanski Park on Saturday night.

Locomotive FC will play host to No. 7 seed Sacramento Republic FC at Southwest University Park on Saturday, November 2 at 9:30 p.m. ET for a place in the Western Conference Final.

The Foxes twice went close to opening the scoring in the opening 10 minutes as Christian Chaney first sent a header just wide of the left post off a cross by Zach Ellis-Hayden and a minute later Renato Bustamante broke through an attempt at a tackle before shooting low to the left corner, only to be denied by a good low save from Locomotive FC goalkeeper Logan Ketterer.

Fresno’s Jaime Chavez and Alex Cooper both also had chances soon after, but in the 19th minute El Paso took the lead when a corner kick from the left by James Kiffe was swept in low and met on the half-volley by Josue Gomez, whose left-footed finish just crossed the line before being cleared by Ellis-Hayden.

Locomotive FC almost added a second in the 37th minute as Jerome Kiesewetter held off a defender, rounded the goalkeeper to his right but saw his shot blocked away by covering defenders led by Fresno’s Mickey Daly. 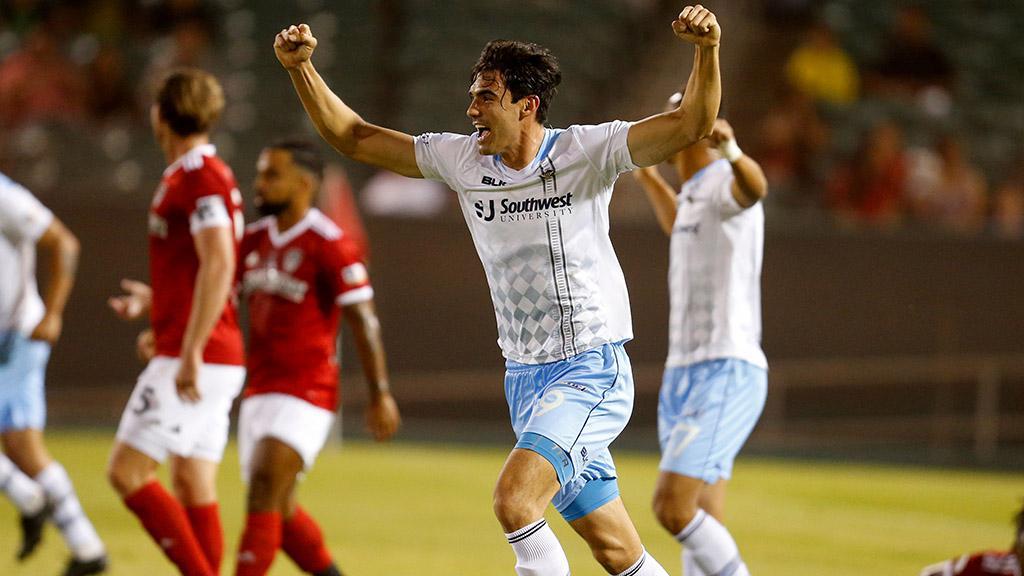 That intervention proved all the more valuable four minutes into the second half when Chaney rose the highest to get on the end of a cross by Alex Cooper from the left and headed home into the right corner of the net to equalize for the Foxes. Cooper then got in on the act himself as he intercepted a pass by Ketterer out of his own penalty area, moved the ball forward and unleashed a powerful shot that found the right corner of the net and put Fresno ahead.

The Foxes almost caught El Paso on the break with 20 minutes to go as Juan Pablo Caffa found Bustamante alone on the right, but as Ketterer closed him down he skied his shot over the crossbar. A minute later an even bigger chance presented itself but Hiroki Kurimoto fired his shot wide of the right post after a good knockdown by Bustamante to the top of the six-yard area.

Those missed opportunities came back to haunt the Foxes with 13 minutes to go when Kiffe pulled Locomotive FC back on even terms with a blistering shot from 25 yards that picked out the top-left corner of the net.

El Paso then took the lead six minutes later as Sam Strong was penalized for bringing down Gomez in the penalty area. Sebastian Velasquez stepped up to the spot and converted down the middle to put Locomotive FC ahead, and Strong was then sent off for his second yellow card with four minutes to go. The Foxes threw numbers forward to try and send the game to extra time, and Chaney had a looping header go just over the crossbar in the third minute of stoppage time, but that was as close as the hosts came as El Paso earned a home game in the next round.

Sebastian Velasquez, El Paso Locomotive FC – Velasquez played a role in both of El Paso’s final two goals, including converting from the penalty spot for the winner, as well as recording four key passes on the night.