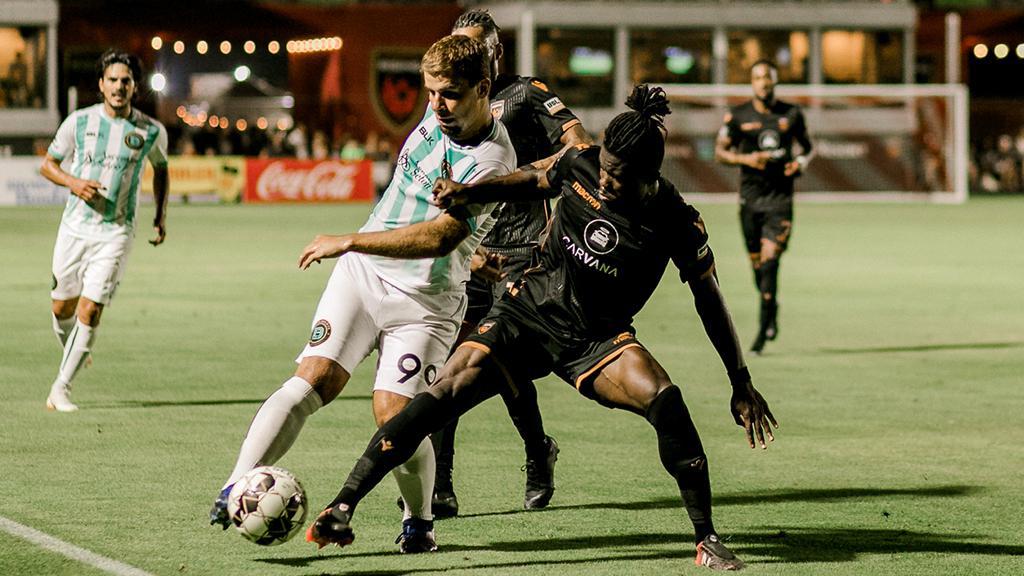 Andre Lima and Austin Bold FC are the biggest underdogs in the Conference Quarterfinals round according to fivethirtyeight.com as they visit Phoenix Rising FC on Saturday. | Photo courtesy Hector Orellana / Phoenix Rising FC

@PHXRisingFC rewrote the USL Championship’s record book this regular season, accumulating the most wins (24), points (78) and goals (89) while assembling a 20-game winning streak that brought even greater national attention to the club. Rising FC ended its campaign on a positive note this past Friday night with a 3-1 win against OKC Energy FC as standout forward Solomon Asante recorded a regular-season record 17th assist of the season, while the attacking triumvirate of Asante (22 goals), Adam Jahn (17 goals) and Junior Flemmings (15 goals) has proven difficult to handle for most opponents throughout the campaign.

One of the sides that had a torrid time of it when it visited Casino Arizona Field for the first time was @AustinBoldFC, which suffered a 6-0 defeat on July 19 in a game that saw the visitors reduced to 10 men for the final 17 minutes. Bold FC appears to be in a better place now, however, having used a four-game undefeated streak to clinch a playoff place before cruising to victory against the LA Galaxy II on Wednesday night in the Play-In Round as Ema Twumasi and Sean McFarlane both found the net. The experience in Austin’s squad is going to be crucial as it looks to record what by the numbers would be the biggest upset of the round.

51 – Rising FC scored 51 goals in the second halves of contests this regular season, the most of any team in the Championship and 57 percent of its goals overall.

2 – Austin midfielder Xavier Baez recorded two Big Chances Created in Bold FC’s contest against the Galaxy II on Wednesday, the only player to do so in the four Play-In Round contests.