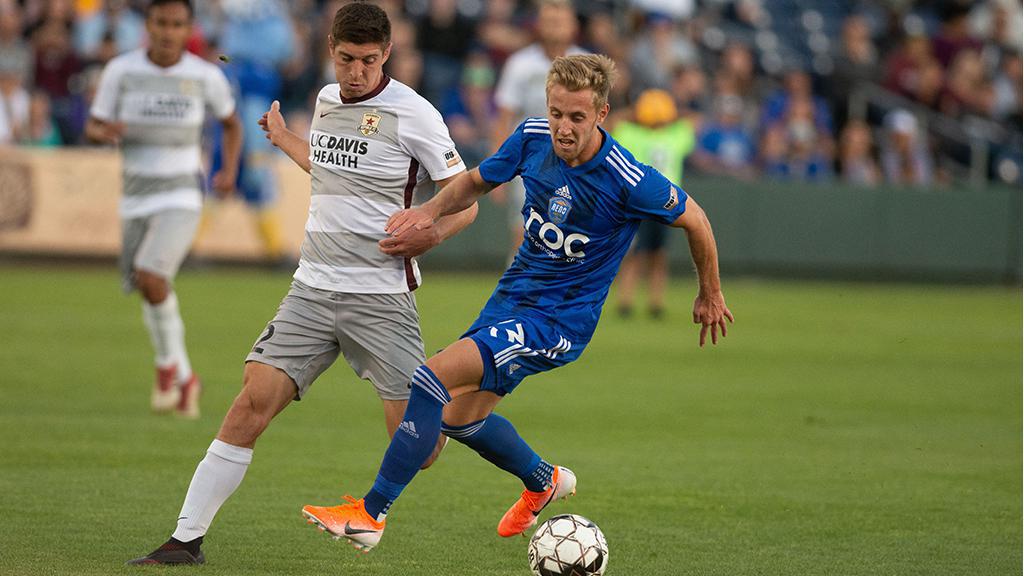 Reno 1868 FC will look to maintain its upper hand on rival Sacramento Republic FC after sweeping the regular-season series between the two sides ahead of their first postseason meeting. | Photo courtesy David Calvert / Reno 1868 FC

RENO, Nev. – One of the strongest rivalries in the USL Championship will make its playoff debut when No. 2 seed Reno 1868 FC plays host to No. 7 seed Sacramento Republic FC in the Western Conference Quarterfinals of the 2019 USL Championship Playoffs at Greater Nevada Field. Kickoff is scheduled for 8:30 p.m. ET.

Coming off its best regular season in the club’s short history, @Reno1868FC made a positive late surge to grab the No. 2 seed in the West as it recorded the most wins (18) in a regular season in club history. 1868 FC won five of its last seven outings, including posting back-to-back shutouts on the road against Silver State Cup rival Las Vegas Lights FC and Tulsa Roughnecks FC to close the campaign. Reno’s history against Sacramento could also be a big plus for the hosts, with 1868 FC having swept the regular season series this year as goals by Sergio Rivas and Raul Mendiola earned a 2-0 victory on home turf in their most recent meeting on June 29.

For its part, @SacRepublicFC comes into the contest off the back of a morale-boosting 2-1 victory against New Mexico United in the Play-In Round that marked the first home playoff victory for the side since 2014. A stunning late volley by Thomas Enevoldsen lifted Republic FC to victory at Papa Murphy’s Park, continuing the Dane’s positive form since his midseason arrival from Indy Eleven. Enevoldsen has scored nine goals and recorded four assists – both team-highs – after arriving in California’s capital and will get his first chance to be part of this rivalry when Republic FC heads to Northern Nevada on Saturday.

2 – Republic FC’s Thomas Enevoldsen scored in two of his three previous meetings with Reno 1868 FC as a member of Orange County SC in the 2018 USL Championship season.