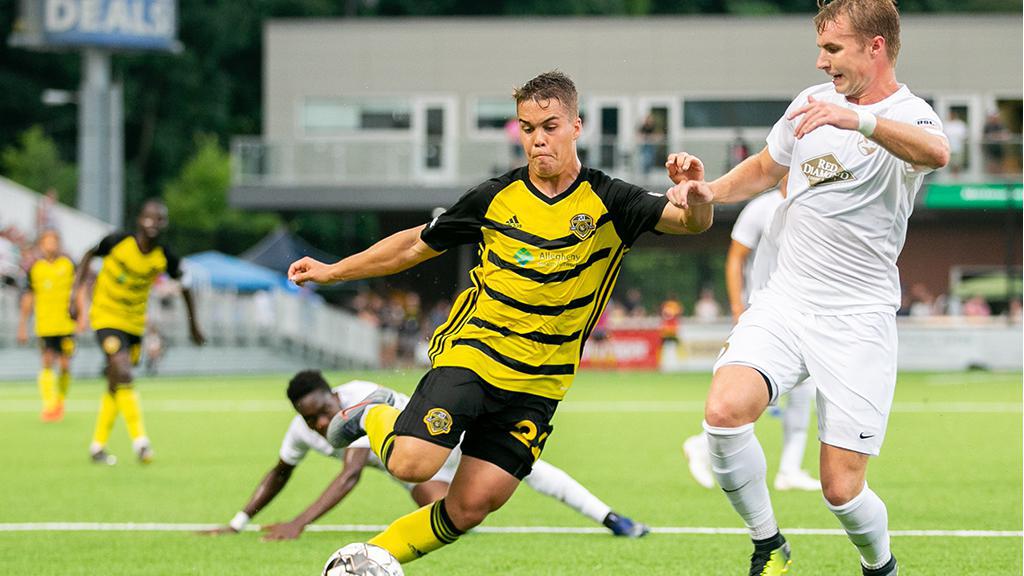 Having hosted its first playoff game at Highmark Stadium a season ago, @RiverhoundsSC now sits as the side to beat in the Eastern Conference this season after going undefeated on its home turf and suffering only four defeats in the regular season, tied for the fewest in the league. Pittsburgh averaged almost two goals-per-game at home this season, scoring 30 times in 17 outings as the likes of Neco Brett (13 goals), Steevan Dos Santos (10 goals) and Kenardo Forbes (9 assists) led the way, and will be looking for a repeat of the decisive 4-1 victory it took against Legion FC back in June when they first met on the banks of the Monongahela River.

The two sides also met much more recently, with @BHMLegion hosting the Hounds on the final day of the regular season. With a playoff place clinched, Legion FC elected to rest numerous starters in that contest, but still almost held on for a draw until Mark Forrest’s late goal lifted Pittsburgh to a 1-0 victory that clinched the top spot in the East. We should expect a much more competitive game than the 24-3 shot advantage Pittsburgh held last Sunday this time around, especially with Legion FC carrying the momentum of a 3-2 win against No. 7 seed North Carolina FC on Wednesday night that saw J.J. Williams score an outstanding stoppage-time winner for his eighth goal of the season. Birmingham may need to avoid falling behind as it did against NCFC, however, with only three sides in 2019 having rallied to earn a draw against Pittsburgh in games in which the Hounds held a lead at home.

36 – Hounds midfielder Kenardo Forbes has recorded 36 assists in the regular season and playoffs since arriving in the USL Championship ahead of the 2015 season, tied for the most in that span with Real Monarchs SLC’s Maikel Chang.

105 – Legion FC midfielder Daniel Johnson has completed 105 dribbles this season, second-most in the Championship, at a success rate of 65.6 percent.