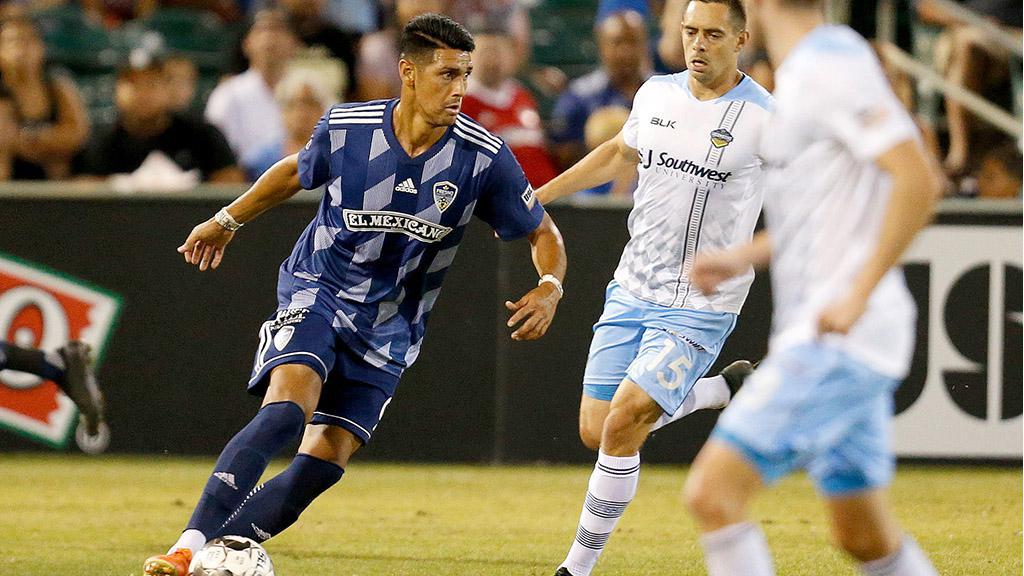 FRESNO, Calif. – Two clubs that have reached the USL Championship Playoffs for the first time this season will clash when No. 3 seed Fresno FC hosts No. 6 seed El Paso Locomotive FC in the Western Conference Quarterfinals at Chukchansi Park on Saturday night. Kickoff is scheduled for 10:30 p.m. ET.

With an 18-point and nine-position improvement from their inaugural season, @FFCFoxes cruised into the playoffs, but after earning their biggest win of the season on September 21 – a 2-1 victory against Phoenix that ended Rising FC’s 20-game winning streak – the Foxes slid down the stretch with a five-game winless streak. The side will also be without two key figures on Saturday after both forward Qudus Lawal and defender Ramon Martin del Campo received red cards in its final regular season contest, meaning the experience of forward Jaime Chavez and attacking midfielders Jemal Johnson and Juan Pablo Caffa will be key if the side is going to earn its first playoff victory.

@EPLocomotiveFC is also coming off a defeat to close its regular season against the LA Galaxy II, but that result came as the side rested starters including former United States Men’s National Team forward Jerome Kiesewetter following an outstanding 4-1 victory against the Portland Timbers 2 in its prior outing that saw the side clinch its playoff place. The lone first-year club to avoid the Play-In Round, Locomotive FC has been centered around a solid defense that finished fourth in the league with 13 shutouts, but the key to success in this contest could be determined by whether El Paso’s attack can find its range as it ranked 32nd in the league with a 12.43 percent shot conversion rate during the regular season.

15 – The Foxes scored 15 headed goals during the regular season, second-most of any side in the Championship.

76.7 – Locomotive FC had the highest passing accuracy rate in the league in its opposition’s half, sitting at 76.7 percent.