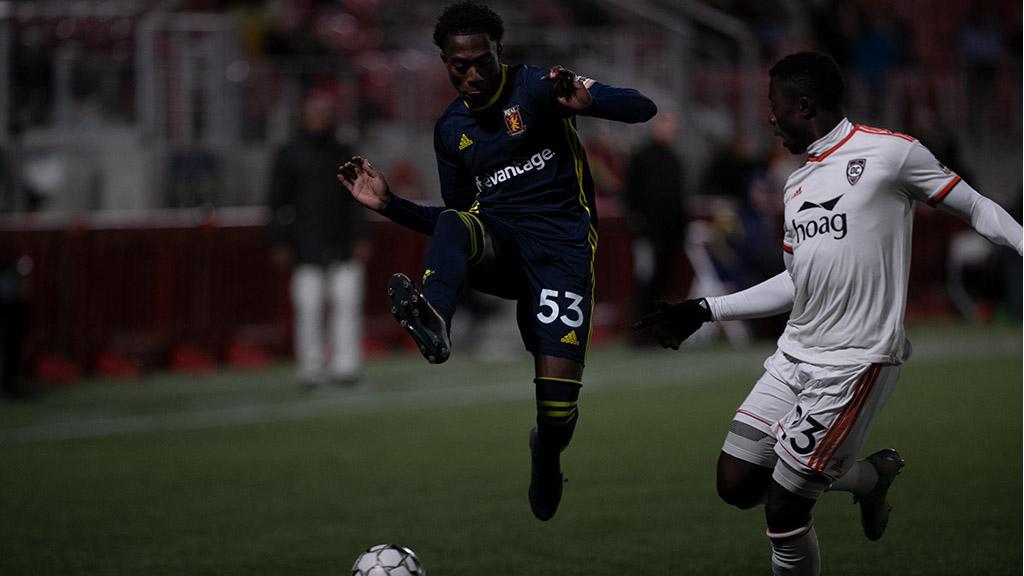 Real Monarchs SLC will be hoping for a repeat of their recent regular season victory against Orange County SC when the sides meet in the Western Conference Quarterfinals on Saturday night. | Photo courtesy Real Monarchs SLC

HERRIMAN, Utah – The hosts will be looking to break a postseason jinx when No. 4 seed Real Monarchs SLC plays host to No. 5 seed Orange County SC in the Western Conference Quarterfinals of the 2019 USL Championship Playoffs on Saturday afternoon when the two sides meet for the second time this month at Zions Bank Stadium. Kickoff is scheduled for 3 p.m. ET.

@RealMonarchs are making their third consecutive trip to the postseason but have fallen in agonizing fashion at home in each of the prior two visits. In 2017 as the regular season title-winner, Real lost in a penalty shootout to Sacramento Republic FC, while a season ago a stoppage-time winner earned Reno 1868 FC victory at Zions Bank Stadium. The Monarchs have continued their stellar home form this campaign, though, with Douglas Martinez leading the way with 16 goals and six assists as the side went 11-2-4 on home turf. Real will be hoping third time’s the charm this time around.

@OrangeCountySC, meanwhile, will be looking to go one better than it did last postseason when the side reached the Western Conference Final before falling to Phoenix Rising FC. In order to accomplish that, it will need to reverse a 2-0 defeat to the Monarchs on October 9 that helped Real seal fourth place in the Western Conference. That defeat was one of only two OCSC has suffered with Frederik Due in goal since he arrived on loan from Hartford Athletic in August, with the Danish goalkeeper having posted five shutouts in his nine appearances for the side as Orange County won nine of its last 11 outings overall.

23 – Real Monarchs SLC has won 23 of 33 regular-season games all-time at Zions Bank Stadium, the most home wins in the Championship’s regular season since it opened on April 30, 2018.

27 – Michael Seaton has scored 27 goals over the past two seasons for Orange County, tied for seventh-most in the Championship over that span.