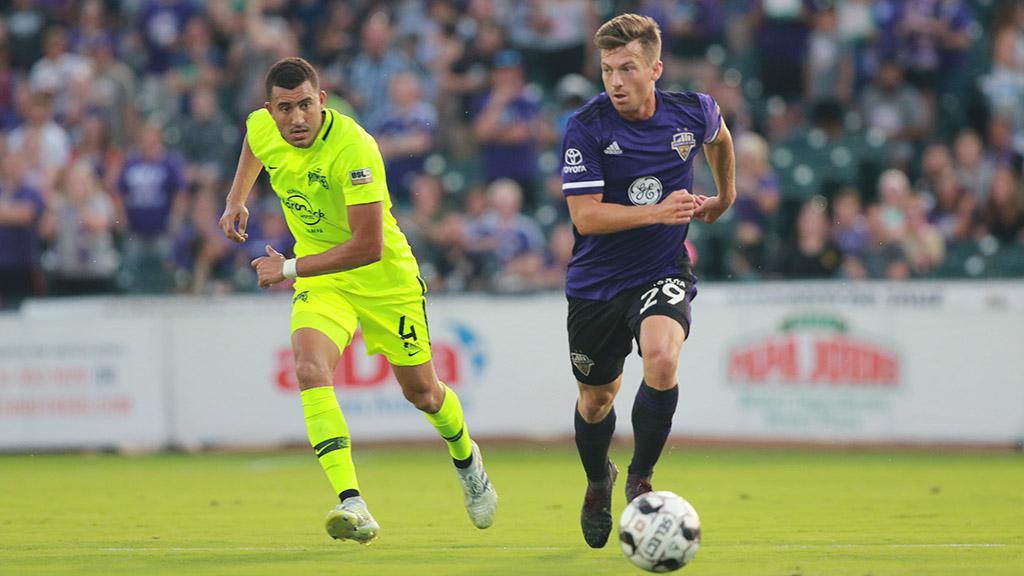 LOUISVILLE, Ky. – The two-time defending champion begins its bid to reach a third consecutive USL Championship Final when No. 4 seed Louisville City FC hosts the No. 5 seed Tampa Bay Rowdies in the Eastern Conference Quarterfinals of the 2019 USL Championship Playoffs at Slugger Field on Saturday night. Kickoff is set for 7 p.m. ET.

One of two clubs to claim the league title twice, @LouCityFC grabbed homefield advantage for its playoff opener by jumping past the Rowdies on the final Saturday of the regular season. A 2-1 victory against Memphis 901 FC highlighted by a game-winning goal from former Tampa Bay attacking midfielder Antoine Hoppenot ensured Louisville would open the postseason at Slugger Field, where it has posted a 10-0-0 record all-time in the Championship Playoffs. Ahead of the club’s move to Lynn Family Stadium in 2020, LouCity will be aiming recapture its home magic at least once more on Saturday.

The @TampaBayRowdies slid out of the top four as they ended the regular season on a four-game winless streak that concluded with a 2-1 defeat to Hartford Athletic last Saturday. That could end up being bad news for the Rowdies as they make their second appearance in the playoffs in three seasons, with Tampa Bay yet to take victory at Slugger Field in three previous trips. The side could take inspiration from their most recent visit on September 28, however, when goals in the 87th and 89th minutes from Sebastian Guenzatti and Lucky Mkosana – acquired from LouCity in a trade for Hoppenot earlier this season – earned a 2-2 draw for the Rowdies despite the side being down to 10 men. With an 8-5-4 road record this season, this Rowdies side is a far different proposition away from home than in previous years.

58.2 – Louisville City FC averaged 58.2 percent of possession per game in the regular season, the most of any side in the Championship.

6 – The Rowdies went 6 for 6 from the penalty spot during the regular season, tied with Saint Louis FC for the most conversions without a miss in the Championship in 2019.