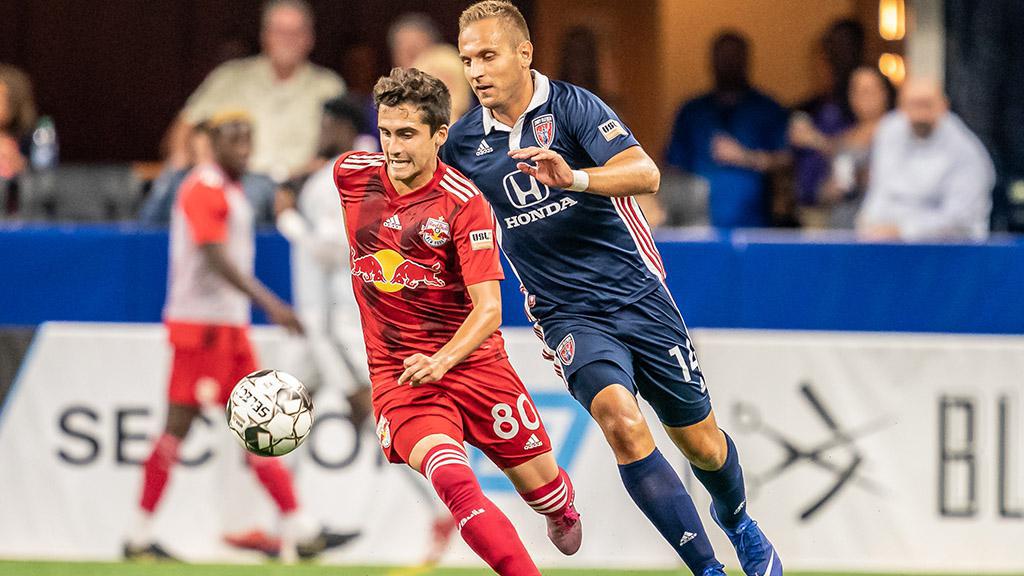 The New York Red Bulls II will try to continue their streak of recording at least one victory in each of their postseason trips when they visit Indy Eleven on Saturday night. | Photo courtesy Matt Schlotzhauer / Indy Eleven

INDIANAPOLIS – One of the best home teams in the league will return to a familiar venue to take on one of the best postseason performers in the Championship’s history when No. 3 seed Indy Eleven hosts the No. 6 seed New York Red Bulls II at Mike A. Carroll Stadium in the Eastern Conference Quarterfinals of the 2019 USL Championship Playoffs on Saturday night. Kickoff is scheduled for 7:30 p.m. ET.

@IndyEleven was one of two Championship clubs to go undefeated on their home turf during the regular season, posting a 13-0-4 record at Lucas Oil Stadium. Saturday night’s contest sees the Eleven return to “The Mike”, however, where the club’s fans produced raucous atmospheres throughout its first four seasons. After reaching the postseason a year ago, Indy is looking for its first playoff victory in the Championship this time around and is hoping a standout defense and clutch attack, led by Tyler Pasher (11 goals) and Dane Kelly (10 goals), will get the job done.

That attack could be a challenge for an @NYRBII side that slumped late in the regular season after sitting as a contender for a top-two finish over the first three-quarters of the campaign. The Red Bulls II claimed some notable road results over the season, including a victory against No. 2 seed Nashville SC in August, but ended the campaign losing five of its last six games. The playoffs always seem to bring the best out of Head Coach John Wolyniec’s side, however, as New York has won its opening game of the postseason in every previous season in its history and advanced to the Eastern Conference Final each of the past three years, two streaks it will be looking to extend.

6 – Indy Eleven conceded only six goals on home turf during the regular season, the fewest goals allowed at home in the Championship.

238 – The Red Bulls II led the Championship with 640 total shots and 238 shots on goal in the regular season.